It’s really important to know your stuff and be confident in your knowledge, advises Sarah Abo 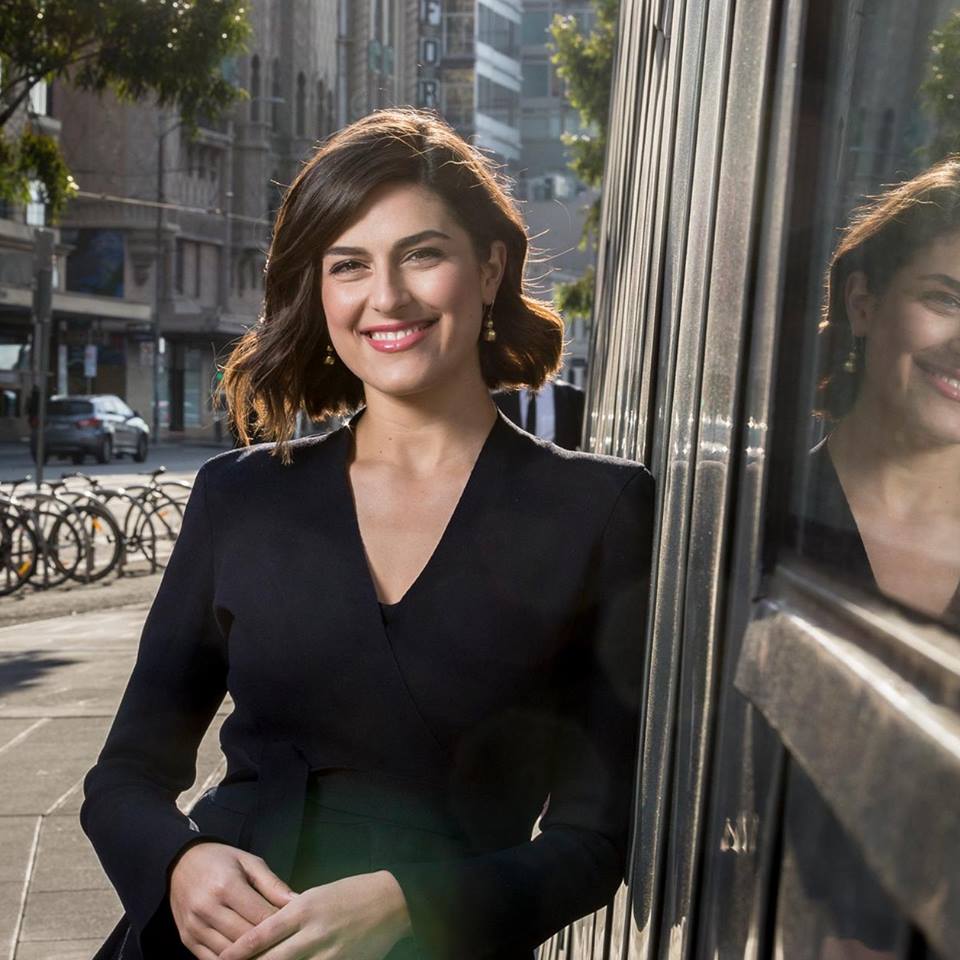 It can be intimidating to start out in an industry, especially a highly competitive one like journalism.

SBS World News presenter Sarah Abo felt this way in 2008 when she graduated from Monash University. But since then she has had the opportunity to report a US presidential election on the ground, cover the World Cup in Rio, and travel to Paris to report from the COP21 Climate Conference.

Abo says that, for her, getting into the industry was about being in the right place at the right time, which happened to be the Channel Ten archives.

“I studied journalism at Monash and I was doing work experience a lot in my final year. I went to WIN TV and local papers. And when I was doing my Honours, I did a week of work experience at Channel Ten. A job opportunity came up to work in their library, archiving/production assistant,” she told upstart.

After finishing her honours, she got a job as a reporter at Channel Ten in Adelaide, where she stayed for two years before joining the Melbourne newsroom.

In 2013 was offered a job as an anchor at SBS World News. A highlight of this job came in 2016 when Abo was sent to Washington DC to cover the US presidential election. It was a “massive” story for SBS, she says.

“All the other outlets sent their own journalists as well, because something like the US election is obviously world changing, and you have to put in many resources. We didn’t have many resources. We had two journalists and two crew, which was excellent for us, and allowed us to move around between two candidates to get as much coverage as we could.”

Abo has had many experiences over the years of working in the field and the studio, but even now she finds a live cross daunting.

“It’s a live audience, anything can happen. It’s really important to know your stuff and be confident in your knowledge. And that will eventually get you through to that point where you are confident enough to tell the story well,” she said.

When giving advice to aspiring journalists, Abo says there are things that a future journalists must know. The first being that it’s a hard industry to get into and second, that being a journalist is not a nine to five job. Another is that they also need to be aware that the the media is going through a lot of changes.

“The traditional role of a journalist has changed dramatically in the time I’ve been in the industry. When I started there wasn’t 24-hours news, now there is. It’s very different.”

Abo suggests that would-be journalists use different avenues to get their words out, including telling local stories through social media.

“Even setting your social media up does not guarantee you a place in classic media outlets, but the industry is changing and adjusting to audience demands,” she said.

The most important thing, she says, is not to to be afraid of any jobs that are offered in the industry because it will help you get your foot in the door.

“I’d still encourage that, you still have to do that regional posting to begin with, before you get back into metro. It’s a really good way to start your grounding and understand that craft and then come back to the metro, because it is a different pace,” she said.

If there is a will, there is a way. The way is very hard, but the payoff is worth it if Abo’s story is anything to go by. She turned her passion into a successful career, and like all of us, she started from scratch.

Yulia Fokina is a second year Bachelor of Media and Communications (Journalism) student at La Trobe. You can follow her on Twitter @Yulia__Fokina