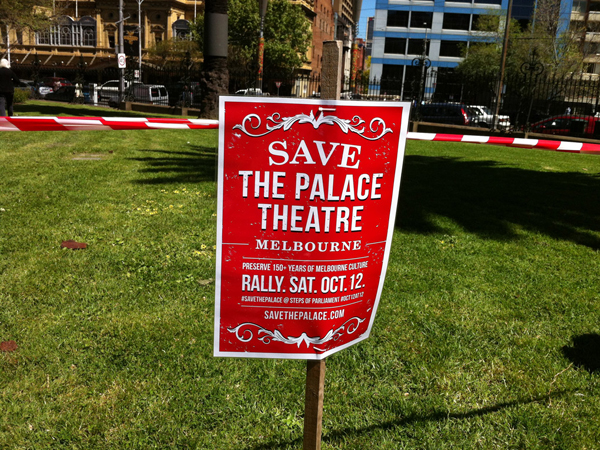 Despite fierce winds, a few hundred people headed to the city on Saturday, rallying to show their unified support for the iconic Palace Theatre.

Music lovers, buskers and politicians alike were all in full voice on the day, assembling for the first of several planned rallies at Parliament Gardens.

Despite being cordoned off in the small garden next to Parliament House – two other rallies were being held simultaneously – protesters made their presence felt as they marched down Spring Street, equipped with placards condemning the proposal to replace the historic Palace Theatre with a 5-star hotel tower.

Several high profile figures were also in attendance on the day including RocKwiz host Julia Zemiro, Federal Member for Melbourne and Deputy Leader of the Australian Greens, Adam Bandt, and Paul Roser of the National Trust.

Last year, Chinese property investment firm Jinshan Investments snatched up the venue after it was listed for public auction in June. Jinshan Investments drew up plans for the proposed ‘W Hotel’ at 100m tall but have since been forced to alter their plans after Victoria’s Minister for Planning, Matthew Guy, told ABC News “it is too tall, it is in the wrong location.”

The decreased proposal would still be more than 70 metres tall, which is understood to be more than three times the height controls permit.

Since hearing about the plans to take down Melbourne’s key medium-sized venue and replace it with ‘W Melbourne’, 19-year-old Richard Stevens has set-up the “Save the Palace Theatre” Facebook page.

This led to a petition set up by Thomas Hore against the decision to take down the musical landmark. Hore hoped to reach a target of 30,000 signatures. The petition currently has just under 26,000 supporters in favour of getting the Palace Theatre onto a heritage list that will prevent its demolition.

The next rally is in the latter stages of planning and is expected to gather a much larger crowd.

Grant Roberts is a third year Bachelor of Journalism student at La Trobe University. You can follow him on Twitter: @GBRRD4L 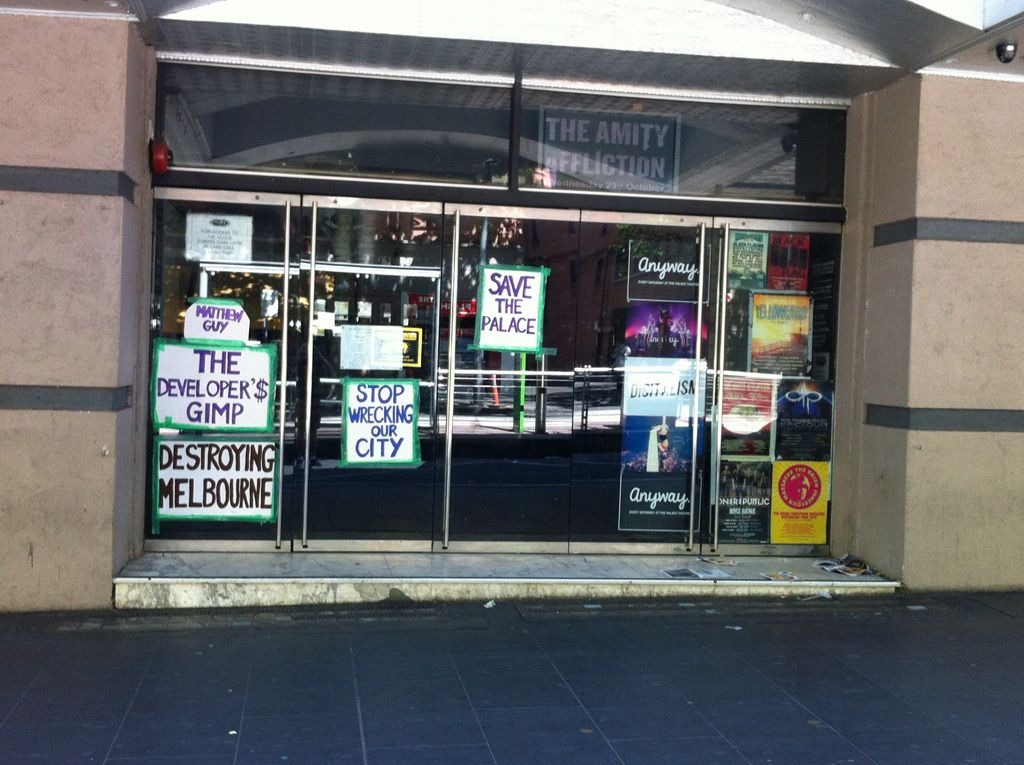