Gap narrows between party leaders for the first time. 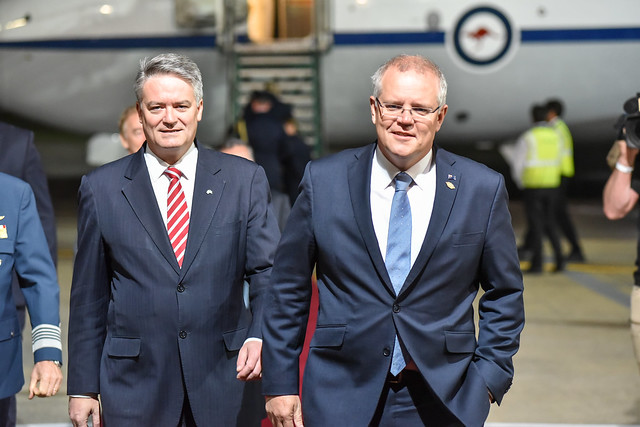 The latest Ipsos poll published in the The Age and The Sydney Morning Herald has found that support for Prime Minister Scott Morrison is slipping.

Pressure will now be on Mr Morrison’s leadership, with voters closing the gap for preferred prime minister. The poll found that Mr Morrison was now on 45 per cent compared to Bill Shorten who is on 40 per cent – the closest the two leaders have ever been.

The last Ipsos poll a month ago, showed that only 35 per cent of voters preferred Mr Shorten, compared to a 46 per cent who preferred Mr Morrison.

Labor has kept its lead over the Coalition in a tightening race, the party remains ahead by 52-48 per cent in two-party terms, a one-point drop from the result a month earlier.

The Ipsos poll also found that the Coalition has gained ground during the election campaign boosting the support from 53-47 per cent one month ago.

The latest Newspoll released by The Australian on Sunday night, found that the figures remained the same as last week, at 51-49 to Labor.

Labor leader, Mr Shorten will also set his sights on Sydney, promoting the party’s commitment to a $500 million upgrade to the nation’s emergency department.

The election will be held Saturday, May 18.