What does it mean for a free press in Australia when journalism ethics conflict with national security laws? 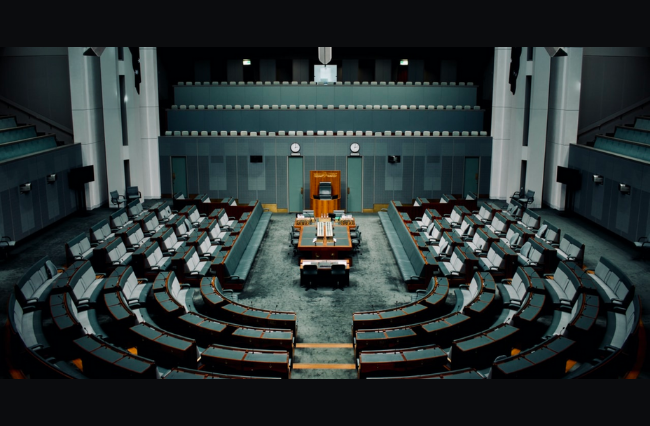 The Australian Federal Police (AFP) confirmed earlier this month that ABC journalist Dan Oakes will not be prosecuted for the publication of ‘The Afghan Files’, after the Commonwealth Department of Public Prosecutions (CDPP) said it was not in the public interest to pursue prosecution.

After reviewing a brief of evidence from the AFP outlining three potential criminal charges against Oakes, the CDPP said there was a “reasonable chance” of convicting Oakes for use of classified documents, despite the argument for his reporting being in the public’s interest.

The series Oakes co-wrote with ABC journalist Sam Clark, published in 2017 on the ABC website, exposed alleged war crimes by Australian soldiers between 2009 and 2013, leading to the death of civilians in Afghanistan.

Attorney General Christian Porter had issued a practice direction requiring Commonwealth lawyers to get his approval before prosecuting journalists, but Porter said in a statement that the decision made by the CDPP was “in its independent capacity”.

Obviously good news today that I and @sclark_melbs are not going to be charged over our reporting on alleged war crimes in Afghanistan. But this story is not over. My colleagues @markwillacy @alexblucher and @rory_callinan have done incredible work on this as well.

Oakes told upstart that what he wrote has been borne out by the reporting of other journalists.

“When you use the very word ‘ethics’, it suggests that something is either wrong or right, or ethical or unethical. I don’t think there was anything unethical in what we reported, it was very much in the public interest,” Oakes said.

“These things did happen, and I think we were right to publicise them.”

But was Oakes aware that he would immediately become the suspect in a criminal investigation that would last more than three years, with a high chance of imprisonment?

“I don’t think I was. I didn’t sit there before we ran these stories and think ‘well this is what the outcome is going to be’,” Oakes said

“But that’s not to say that I wouldn’t have done the same thing if I had my time again.”

It was during Oakes’ time traveling to Afghanistan as the defence correspondent for The Age and The Sydney Morning Herald that members of the defence force, whom Oakes grew to admire and respect greatly, made him aware that something was wrong.

“None of this would have come out if it wasn’t for guys who were actually there, and who served, and were disgusted by what they saw and what they experienced,” Oakes said.

Some of those members, like Dusty Miller and Braden Chapman, have since come forward with their stories. Oakes says they “have shown extraordinary bravery in coming out.”

If journalism is to function as the “fourth estate”, an institution that protects the public interest and holds government accountable, it requires truth-telling, the verification of facts, and publishing with contextual accuracy. However, the jury is still out on whether this portrayal of the media is commercially motivated, or if it’s truly a crucial safeguard of democracy.

Regardless, when reporting in the public interest, most ethical codes stipulate that journalists must minimize harm through respect and consideration of their sources and associates, and remain transparent and accountable to the public they serve.

Jock Given, Professor of Media and Communications at Swinburne University says Australia has the “wrong balance” with Attorney General Porter holding the power to determine whether law enforcement agencies can prosecute journalists for their reporting. He says journalists should not be prosecuted for doing justifiable reporting.

“We should be encouraging legitimate journalism, starting from the premise that investigation, access to information and expression are good things, especially where they expose misconduct and possibly criminal behaviour,” Given told upstart.

“The bar for prosecution needs to be set high and the onus of proving it has been met needs to fall on the DPP – not, effectively, on journalists to prove that what they are doing is not harmful.”

The “war on journalism”

‘The Afghan Files’ case was not an isolated incident, and Dan Oakes wasn’t the only journalist to clash with law enforcement agencies. Several media organisations and prominent figures have raised the issue of national security laws that threaten press freedom in Australia in recent years.

Over four days in June 2019, the Department of Home Affairs and the AFP engaged in four actions that the Media, Entertainment and Arts Alliance (MEAA) describes as a “war on journalism on behalf of the Australian Government”.

On 3 June 2019, Ben Fordham of 2GB was pressured by the Department of Home Affairs to reveal his source for a story about asylum seeker boats. Home Affairs Minister Peter Dutton said he had no prior knowledge of the raids that would occur in the following days, but praised the “important” work of the AFP.

Breaking – Home Affairs is investigating "up to six boats in play" between Sri Lanka and Australia. Some may have already been disrupted already. Details NOW on @SydneyLive2GB

On 4 June 2019, the AFP conducted a seven-hour raid on journalist Annika Smethurst’s home after she reported the leaked plans to extend espionage powers of the Australian Signals Directorate. The AFP were considering charges against Smethurst but ultimately decided not to prosecute.

On 5 June 2019, the AFP raided the offices of the ABC, using a warrant allowing the AFP to “add, copy, delete or alter” material in the ABC’s computers. And on 6 June 2019, the AFP called off what was a planned raid on the News Corp headquarters, following what the ABC describes as “a quick public and media backlash against the ABC raid”.

I have to say, sitting here watching police using a media organisation’s computers to track everything to do with a legitimate story I can’t help but think: this is a bad, sad and dangerous day for a country where we have for so long valued – and taken for granted – a free press

The MEAA Press Freedom Report described the actions as a show of force “designed to intimidate and harass journalists and their media employers”.

“It was a brute force tactic to punish the writers of news stories that had embarrassed the government,” the report said.

Reporters Without Borders says the Australian Federal Court decision upholding the legality of the AFP raids on the ABC was a “major blow to the protection of journalists’ sources and poses a grave danger for the future of public interest journalism”.

According to Dan Oakes, it’s difficult to know the motives of government or law enforcement agencies; whether the people behind the scenes feel they are obligated to uphold the rule of law, or whether there are truly people trying to silence whistleblowers.

“I’ve heard whispers and stories about people within the Department of Defence and the Defence Force who really do want to persecute and go after whistleblowers in order to stop others coming forward,” Oakes said.

“But equally, there were probably other people in defence who said ‘well what are we going to do? You can’t just break the law’.”

According to the Alliance for Journalists’ Freedom (AJF) White Paper, recent changes to the law significantly erode the fundamental freedoms and protections supporting Australia’s implied freedom of political communication.

The White Paper says the free flow of information about performance of government is essential in “protecting public oversight of the exercise of executive and legislative power”. Public interest journalism is crucial in a representative democracy like Australia to informing public debate.

Greens senator Sarah Hanson-Young, who chaired a committee into press freedom, accused the Federal Government of carrying out the raids to intimidate journalists. Senator Young says the Greens would seek to introduce a media freedom act into Parliament, a proposal supported by the AJF.

Under the ‘Telecommunications (Interception and Access) Amendment (Data Retention) Act 2015’, law enforcement agencies can access the metadata of any Australian without a warrant. To access journalists’ metadata however, they must apply to a special magistrate for a secret hearing.

Journalist Information Warrants allow at least 22 government agencies to access journalist’s or their employer’s telecommunications data for the express purpose of identifying a journalist’s confidential source.

Prime Minister Scott Morrison insists his Government is committed to press freedom but “no one is above the law”, following revelations the AFP used national security laws to access the metadata of journalists nearly 60 times in just one year.

For up and coming journalists who might find themselves in a similar situation, Oakes says it’s tricky, but suggests seeking the guidance of wiser, more experienced colleagues.

“I would think very carefully, and strategically about what the outcomes might be and what measures [you] might be able to put in place to mitigate those outcomes,” Oakes said.

“But the ultimate thing I would hold in my mind is, ‘is this the right thing to do?’.”

Image: by Aditya Joshi available HERE. The image has not been modified.