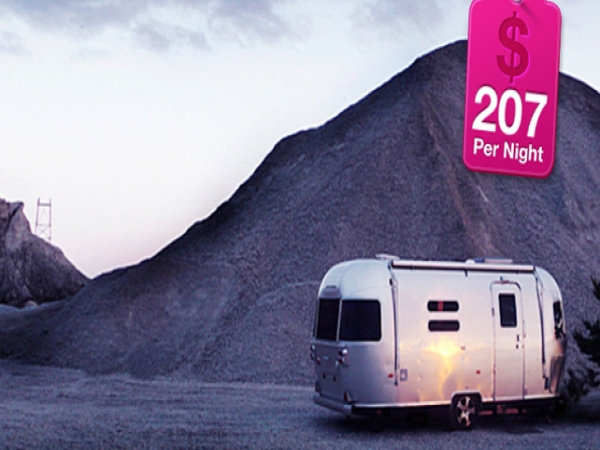 For budget travellers, cheap and alternative accommodation is proving to be a significant draw card.

However, these cheap deals could be causing repercussions for our domestic tourism and hotel industries.

Since its launch in 2007, Airbnb has gone from strength to strength.

Reuters recently reported that the company is expected to double its nightly bookings this year, from 40 million to 80 million.

The service lets hosts rent out their houses, spare rooms, caravans, and even tree houses to travellers. It’s seen as an alternative to traditional hotel or hostel stays, and boasts accommodation in over 190 countries.

Worldpacker and CouchSurfing offer similar variations of the same service.

Worldpacker lets guests stay in exchange for skills or labor, while CouchSurfing is usually entirely free.

Airbnb has notably been the most successful of the three, but each attract their own market. Wordpacker reported a successful first year of operation earlier this year.

The platforms enjoy a global market, making regulation incredibly difficult. To date, attempts to curtail the services have been largely ineffective.

The rules surrounding short-term rentals in Australia vary depending on the state. Local council regulations can further add to the complexity.

Safety concerns have also become a hot topic, with reports of customers being scammed out of their money or attacked in someone else’s home.

Last month, a member of the CouchSurfing community, Dalia Yehai, was beaten to death by her host while volunteering in Nepal.

Hosts have also been subject to misfortune.

A New South Wales woman had her home turned into a makeshift brothel, after renting it out on Airbnb.

These are not isolated incidents, yet the services show no signs of decreasing in popularity.

Many businesses are struggling to compete with a cheaper market that pays less taxes, complies with virtually no licensing requirements, and has very few legal obligations.

Acting CEO of Tourism Accommodation Australia (TAA), Carol Giuseppe, tells upstart it is difficult to accurately identify the impact these services have on our domestic tourism market and hotel industries.

“Currently there is no understanding of the amount of supply in each market in Australia, though we understand there are over 10,000 properties in Sydney alone,” she says.

However, available industry figures demonstrate there has been significant growth in the use of private accommodation.

“The limited information available on the size and scale of Airbnb’s Australian operations points to the increasing professionalism of the unregulated sector, which is now flourishing under the guise of room sharing.”

Giuseppe says regulation is necessary to maintain fairness within the industry.

“The situation creates an un-level playing field for established accommodation operators who have to comply with a host of complex legislation,” she says.

“Governments should not pick winners and losers. By failing to apply the same standards and controls to unauthorised operators, this sector is being provided with a distinct commercial advantage over established accommodation providers.”

Giuseppe says TAA has a number of recommendations that it asks the federal and state governments to implement to ensure a national and consistent approach to the unregulated industry.

The success of Airbnb and similar services might be troubling tourism authorities, but for travellers, the services are opening doors and cutting costs.

James Norman is a host for Airbnb and CouchSurfing.

He tells upstart that he couch surfed for a number of years as he travelled through the U.S. and Europe.

“There was a lot of advantages in making connections with people and travelling alone, as I was often backpacking and hitchhiking. I never had any bad experiences,” he says.

He recently got involved with Airbnb.

“I became a homeowner and I had the space for it. Initially I was just hosting couch surfers and then at some point, I thought ‘well people are willing to pay for this so might as well give that a try’,” he says.

Norman says these alternative accommodations not only make travelling cheaper, but more appealing.

“I do think it makes it more appealing for people, it’s also getting away from that mode of travelling overseas and basically being stuck in hotel rooms.”

Despite the concerns about use and regulation of these services, Norman says he would encourage anyone to get involved, either as a host or a traveller.

“I’ve had some of the most valuable and rewarding connections through those experiences that I otherwise never would have had,” he says.

But his endorsement comes with a warning.

“Go into it with your eyes open. There’s such things as references and profile ratings and all that stuff and it’s really important you pay attention to it.”

Caitlin McArthur is a third-year journalism student at La Trobe University. You can follow her on Twitter here: @CaitlinMcArthu1.