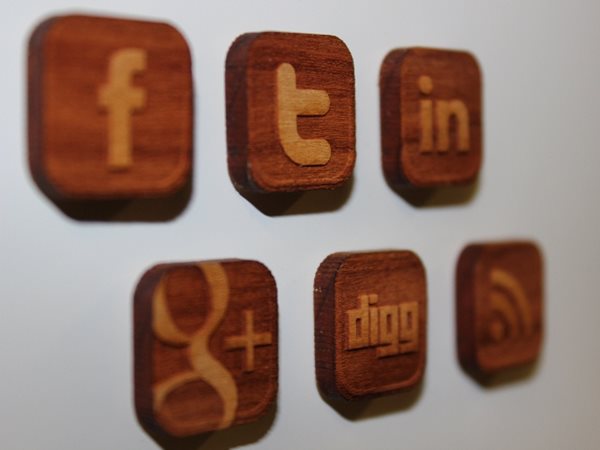 Forget modesty because self-advocacy is the new in thing. In the same way that white is the new black, the humblebrag is the new self promotion.

Standing out among the masses has always been a competitive task, however, social networking provides the opportunity to brag, rant, promote, whinge and, ultimately, plead for attention.

Whether this self-promotion takes place through a Facebook status, a tweet or one of those notorious photoshopped ‘selfies’, most people would have to admit to boasting about certain aspects of their lives on the Internet.

‘Look at me’ Facebook statuses generally read something along the lines of: “Got the job!”, “Hawaii in 4 sleeps”, “My boy just bought me a Gucci bag”, or “Three month anniversary of being a vegan!”.

However, the question is why individuals feel it’s necessary to brag about their lives on the Internet. 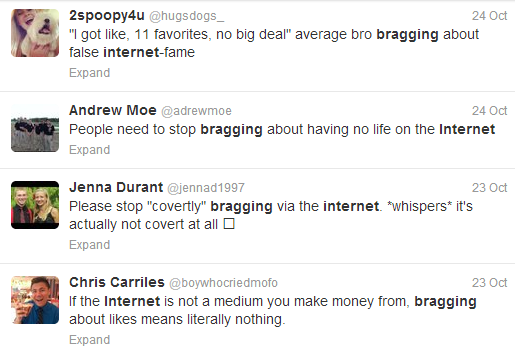 According to an article by Social Media Today, only 20 per cent of your posts should be promotional, otherwise you run the risk of boring your fans.

Research conducted by Harvard University shows that boasting on the Internet can give you the same amount of pleasure as eating chocolate, having sex or possessing a copious amounts of money.

RMIT associate professor and social media expert Shaun Wilson explains the essential value of this general obsession and how it can actually aid our lives.

Wilson defines bragging on the Internet as: “An intrinsic human desire to version one’s own reality with the intention of gaining acceptance and mastery.”

With this in mind, Wilson also mentions how we brand our lives via social media. For instance, we consider what the public want to see and, therefore, create a persona that will be readily accepted.

“The issue of branding certainly affects many people, especially when the packaging of one’s own self on social media is connected with other gains,” he says.

“But just how far people will go to protect this brand varies dramatically.”

Most recognised celebrities are the worst offenders so it’s not surprising that their followers will follow suit.

“One such example is Justin Bieber, who essentially made a career from the Internet cult of personality and from YouTube. He is definitely a master at it.”

Even if we don’t wish to admit it, often individuals will feel the need to seek acceptance throughout their lives and social media provides us with the opportunity to do so.

“In this, there is certainly a desire to gain acceptance through likes and hits,” Wilson says.

“So perhaps the concept of notoriety and celebrity has merged with friendship to make this public access of the private coupled with narcissism that undoubtedly is ever present in an online context.”

Though bragging on the Internet may turn you into a big-headed narcissistic individual, Wilson explains why self-promotion works.

“Well it’s the golden rule of advertising, isn’t it? Tell the masses your product is good and they will buy it, so bragging is perhaps not a bad thing if it’s done in a strategised manner,” Wilson says.

“Miley Cyrus brags online about all sorts of iterations and has done so for years but it’s done in a way that sells records and for that, I think it’s a rather successful way of doing business,” he adds.

Having a brag online is part of modern communication. In some ways, self-promotion works but most people don’t care about the shirt you just bought – there’s no need to take a ‘selfie’.

Erin Lyons is a third year Bachelor of Journalism (Sport) student and a staff writer for upstart. You can Follow her on Twitter, @erinmaylyons.