Are cemeteries modernised enough to deal with the environmental, social and cultural changes we find ourselves faced with? Asks Alana Mazurke. 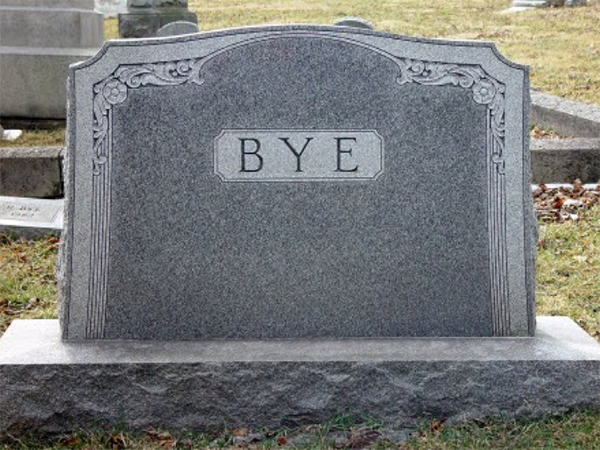 Death and taxes. The two certainties we are given in life. Yet with an ever-growing population that spans over seven and a half billion people worldwide it seems we need to take the former into much greater consideration than ever before.

It is inevitable that our current cemeteries will eventually run out of space to house the deceased. With a price tag ranging from $14,500 to $29,000 in Melbourne alone, affordability is just one of the major issues facing the future of city cemeteries.

With population growth and urbanisation, what is a sustainable answer for the future of mass graves in our cities? When the plots run out, where will be bury our loved ones? The future of pushing up ‘daisies’ could become just that.

In a recent law journal, author Jason Summerfield considered mass graves and their future. He found that, “coffins, shrines, mosques, tombs, and pyramids provide a certain historical value, and contribute to the dignity of the deceased” however, “these resource-intensive, and therefore costly burials, are the antithesis of the process the city cemetery attempts to streamline”.

Cemeteries that are no longer in use often present a conundrum for future planning. There are no guidelines for what is an appropriate timeline for redevelopment from both a community point of view and the decomposition rates of bodies.

Cremations are an increasingly popular method of departure yet have their own issues. A 2016 paper titled Dying to be green reported a standard cremation gives off almost 400kg of carbon dioxide into the air, releasing pollutants such as mercury and dioxin if the body has silver fillings or artificial prosthetics.

Fortunately, there are solutions to the problem though many are unknown to the broader public.  Alkaline hydrolysis, is a chemical body processes using one-tenth the natural gas of fire-based cremation and one-third the electricity. No mercury escapes, as joint replacements and fillings are recovered and recycled and Carbon Dioxide emissions are reduced by almost 90 per cent.

But with an increasing number of cremations, the space to house the ashes can become an issue.

Burial sites in Hong Kong are deemed impractical, with 90% of the population now opting for cremation. However, according to the Food and Environmental Hygiene Department there will be a shortage of space in the public columbarium, where the ashes are stored, by 2023.

Floating cemeteries and even outer space ashes are other solutions that have been explored to find a final resting place.

Israel, with a small land mass compared to its 8.2 million residents, is looking upwards to solve the capacity problem.

“Instead of burying the dead below the earth, it’s building up. Each structure will be 70 feet tall. Together they will make up what is known as a vertical cemetery. To comply with religious law, the towers of the vertical cemetery structures have pipes filled with dirt inside their columns so that each layer is still technically connected to the ground,” reporter Chris Boyette wrote for CNN.

“Brazil is home to the world’s tallest vertical cemetery, the Memorial Necropole Ecumenica in Santos, which is 32 stories high,” he says.

In the United Kingdom, for almost 20 years now, a compelling new consumer movement has been underway. Natural burial grounds are springing up across the nation, where people are buried in biodegradable containers, without formaldehyde-based embalming fluid or synthetic ingredients, and returned to the earth to compost into soil nutrients with a forest of trees marking the spot.

There is also an alternative to the traditional cremation, with the 100% biodegradable Bios Urn. The urn, though still a concept idea, is built with a special capsule that meets the needs of any type of tree, it’s the perfect medium to allow for the proper growth of a tree or plant when planted with the remains of your loved one.

Outcomes like this could see a forest of trees, rather than a sea of gravestones.

For now, the future of practical, environmentally friendly and socially plausible burial processes is yet to be cemented in Australia, a country where the number of deaths are increasing each year. According to the Australian Bureau of Statistics, 2005 saw 130, 714, whereas in 2015 the number of deaths rose to 159,052. 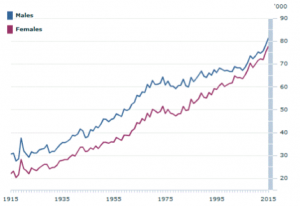 One of the largest cemeteries in Victoria is the Melbourne General Cemetery. Established in 1852 and over 43 hectares, the traditional and historic grounds are certainly eye catching. A spokeswoman of the cemetery stated that though there are still plots available, space is running out, saying “it is inevitable we will run out of space … when that happens, we will refer people to the next available”.

But what happens when there is no next available?

Alana Mazurke is a third year Bachelor of Journalism student at La Trobe University. Follow her on Twitter @alanamazurke.