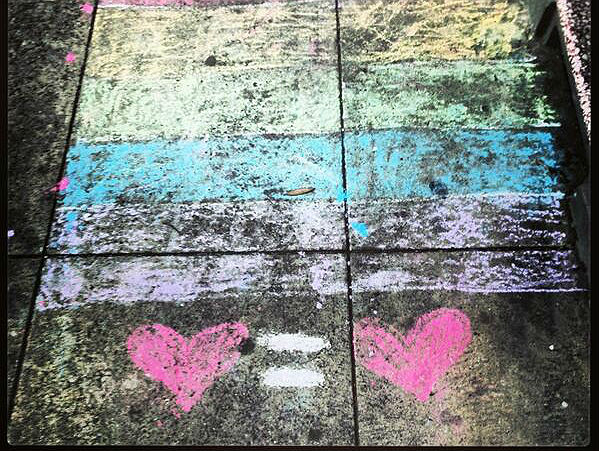 Equality isn’t about one big step.

The – at times – agonisingly slow march towards change isn’t completed by one grand, all-encompassing step so powerful it renders any stance against equality as obsolete. Rather than a single gigantic stride, a litany of smaller moments of collective significance usually yields the desired outcome.

Far too often we fixate ourselves on one isolated incident, focusing on the single tree rather than the forest.

Despite Martin Luther King’s famed “I Have a Dream” address atop the Lincoln Memorial steps being cited by many as the defining moment of the civil rights movement, his words wouldn’t have carried the same impact had James Meredith not enrolled at the University of Mississippi ten months earlier.

Or if four North Carolina students hadn’t arranged a sit in at a segregated Woolworth’s counter in 1960; if King himself – along with two others – hadn’t established the Southern Christian Leadership Conference.

After the ACT Legislative Assembly passed a bill establishing the first same-sex marriage scheme in the country today, it would be easy to view the landmark decision as one of those aforementioned “big steps”.

However, as important and positive as the move from our capital territory is, lavishing it in isolated praise would be ignoring the other important instances that helped make such a significant advancement possible.

Another one of the #DIYRainbow's in #Sydney #Australia. #Gay #LGBT #noh8 #marriageequality pic.twitter.com/FyWRFmpIIL

In our recent past, a series of strides have been taken towards legalising marriage equality in Australia.

Be it the 2011 vote that saw Tasmania become the first state to vote in favour of gay marriage, or the Stephen Jones bill introduced to federal parliament aiming to legislate in support of allowing same-sex couples to marry.

Jones’s bill was overwhelming voted down, something described as a “slap in the face” by same-sex marriage campaigners at the time, but it still should be heralded as a pivotal moment on the path to equality.

“In the words of another great Australian, ‘maintain your rage’, because I’m quite confident in 10 years’ time, some or all of us are going to be attending a same-sex wedding both conducted and recognised here in Australia,” Jones said after his defeat.

The ALP backbencher’s sentiment is just as important now, considering Canberra’s legislation is set to be challenge by the Abbott government in the High Court of Australia.

In all likelihood, it too will be defeated.

AG Brandis on the ACT #MarriageEquality challenge: "The Government will (now) request the High Court to give the case an expedited hearing."

“This is the beginning of governments in Australia saying ‘no’ to the historical institutionalised discrimination that relegates same-sex couples of a second-class status,” Greens MLA Shane Rattenbury said Tuesday.

“From today, through the passage of this bill, the ACT puts an end to this form of discrimination.”

In all probability, Rattenbury’s remarks will be made premature by the pending legal challenge.

However, if that is the eventual case, the actions taken by the ACT Legislative Assembly today shouldn’t be viewed as a failure of have its importance diminished.

Equality isn’t about one big step; but we’re getting there.