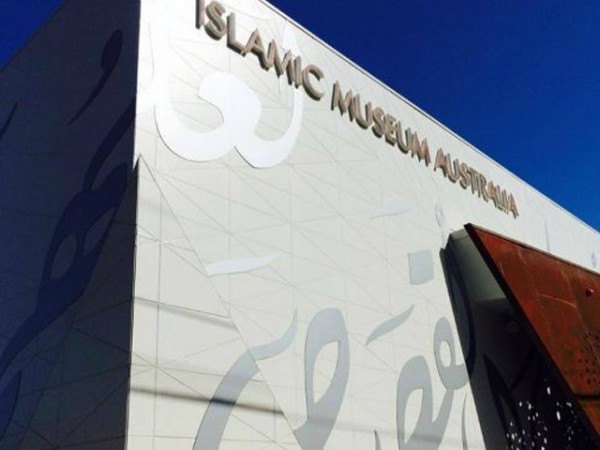 It’s hard to imagine a climate fifteen years ago that would have tolerated the opening of an Islamic museum in Melbourne that explored the rich history of Islam and the positive contributions it has made to Australian society.

But the Islamic Museum of Australia, which opened its doors in March of this year to media and community fanfare, has received a “phenomenal” response from the public in Australia and internationally, according to the museum’s founding director  Moustafa Fahour.

So much so, that the museum’s directors have been “inundated” with offers to open up other museums across Australia and the Western world.

“The museum has really kicked off to an unbelievable start,” he tells upstart.

“Being the first Islamic museum in Australia we’ve had a number of offers and proposals to open up in Sydney and interstate, but as we said we want to concentrate on this museum and getting it right before we start on anything else.”

Support for the project has been “overwhelming”, so much so that the museum “ran out of feedback forms” on it’s opening night.

The success has translated into a backlog of booking requests from public and private schools across the state, with a surprisingly high number of regional schools taking interest in visiting the museum.

“The next school booking won’t be until a long while away now, and to see 60% of the visitors being from other faiths (beside Islam), is also a great sign, because that’s what we’re about, we are open to everybody,” he says. 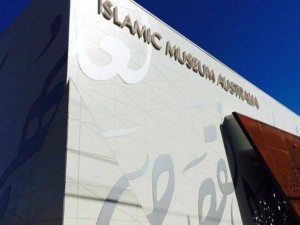 Surprisingly it’s been communities that have had a somewhat chequered history with Islam that have been some of the project’s biggest supporters.

Not only has the project unified the different sects of the Islamic community behind it, but it has also been supported by the Maronite and Jewish communities, illustrating the positive influence the museum is having on social cohesion.

With Jewish, Chinese, Italian and Hellenic museums having already existed for decades within Melbourne, it has been a long time coming in founding Australia’s first Islamic museum. A point which Fahour puts down to the comparatively young migration flow of people with an Islamic background to Australia, when compared to other cultural groups.

Asked whether it’s a maturation of the Islamic community in Australia, Fahour agrees.

“I think it is. It’s really second and third generations getting involved that are educated here in Australia or different western countries, and using their education to really enhance that social cohesion in Australia and play a part in the community,” he says.

“I was shocked myself that this wasn’t the first in Australia initially, but what you learn is that the Muslim population is less than 2 per cent, but it tends to generate more media interest then the majority.”

The idea of an Islamic museum originated back in 2010 for Fahour, when speaking to his wife Maysaa about the perseverance of negative stereotypes of Muslims in the media.

Together with a group of friends they formed a board of directors to come up with a blueprint for a museum that would promote the “rich contributions” of Muslims to society and help to break down the misconceptions about Islam amongst Australians.

A bottled water factory was acquired in Thornbury, close to he spiritual home of the Islamic community on Sydney road and plans were drawn up for a $10 million conversion of the site into a museum.

The huge fundraising total, necessitated that Fahour leave his job at the millionaires’ club of Macquarie Bank in 2011, to work full time on the project, manning the telephones to raise the money most of which was provided through sponsorship from the United Arab Emirates.

During this time, Fahour along with the museum’s general director Ashraf Naim and fellow Muslim’s Jehad Debab and Peter Gould ventured into the outback for the purpose of filming a documentary on the rich history of Islam in Australia.

Calling themselves the “expedition team” they retraced the steps taken by Afghan camel drivers in exploring the Australian interior during the 1860s, as well as looking at 20,000 year old rock paintings that illustrate the history of Islamic trade between Indonesia and Aborigines which long precedes European settlement.

“The idea for Boundless Plains started, that if I was to run a museum, especially about Australian Muslims history, I myself needed to find about it,” Fahour explains.

Fahour credits Sherene Hassan with playing a pivotal role in turning the project from just an Arts museum into a museum with a strong educational component as well.

Dotted along the insides of the museum’s walls, are fixtures that explain the religious beliefs of Muslims in a digestible form to the public. Misconceptions about the role of women in Islam are explained as well as what terms like “jihad” and “halal” mean.

The crowning artistic feature of the museum is a set of surfboards with Islamic motifs by Sydney artist Phillip George, inspired by the clash of cultures and reconciliation seen after the 2005 Cronulla riots.

“What I hope is that the museum plays a role like many other institutions really to push and enhance social cohesion to educate the wider community about what Islam truly is and the positive contributions Muslims have made to civilisation and Australia,” Fahour says.

“When we had our opening to see the community leaders from all different faiths and cultures, government sector, private sector come to celebrate the opening. It really solidified our mission and objective that art is a universal language and can bring people together.”

Naim Kurt is a Bachelor of Journalism student at La Trobe University, and a staff writer for upstart. You can follow him on Twitter: @nkur7.