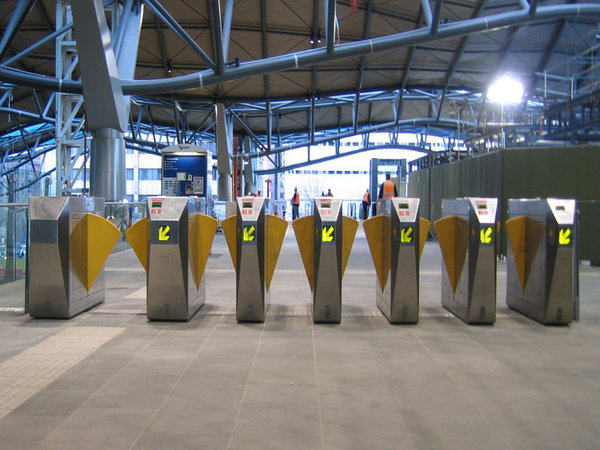 A Facebook page has been created to warn people about Authorised Officers (AOs) patrolling the Melbourne public transport network.

The page, ‘Where are our mates, Melbourne’s PT ticket wardens, today?’ is a closed group with more than 1,400 members.

It acts as an interactive list for commuters to post photos and locations of AOs, who are referred to as “mates”.

A typical post reads: “Mates on the 86 heading from Preston to the city just now” or “Lots of mates in these Uniqlo vests out collecting donations between Melbourne Uni and CBD”.

Although the page acts as a tool to avoid uniformed and plain-clothed AOs, they claim not to support fare evasion.

“FARE EVADERS ARE DICKS AND DESERVE TO BE EXORBITANTLY FINED,” the group’s description reads.

Ticket inspectors are out in force today. 96 tram travellers make sure you feed your Myki

PTV’s most recent performance bulletin revealed that less than 32 per cent of commuters have a positive attitude towards AOs, down from 39 per cent last quarter.

The Facebook page, while perhaps not indicative of an increase in fare evasion, is more likely a symptom of a highly dissatisfied faction of Melbourne commuters.

The Myki User, an independent blog about Victoria’s public transport system, claims “the biggest problem with myki is that many people (rightfully) don’t trust it”.

The myki system, which cost in excess of $1.5 billion to implement, has been plagued with issues since 2012 when metcards were officially phased out.

Myki has been criticised several times for overcharging passengers and failing to recognise when someone touches on, resulting in unintentional fare evasion.

According to Fairfax Media, commuters who have contested fines in Melbourne Magistrates Court have been overwhelmingly successful in having their fines dismissed, even when they’ve pleaded guilty.

PTV has repeatedly failed to prove commuter fault because of technological flaws in the myki operating system.

PTV’s solution to these issues came in August 2014, when the controversial On-the-spot Penalty Fare policy was introduced.

Now, commuters caught without a valid ticket can choose to pay AOs $75 on-the-spot, avoiding having their details taken down and facing the standard $217 fine.

Despite there being no facilities to top up on trams or at tram stops, AOs are now equipped with portable EFTPOS terminals, allowing commuters to pay fines aboard.

There are also concerns that unintentional fare evaders may be intimidated into paying fines on the spot rather than contesting them.

High profile human rights advocate, Julian Burnside, said the system encourages bullying. He is organising a team of lawyers to provide pro-bono representation to commuters who have fare evaded unintentionally and are facing fines.

“I just don’t like seeing people taken advantage of, especially people who can’t afford to take a half day off work. They are forced to pay up because they’re in a position of weakness,” he said.

While Burnside doesn’t condone intentional fare evasion, he believes PTV is preying upon the weak for the sake of revenue.

And perhaps Burnside’s message is being heard.

It has been reported that the mere sight of Burnside on the defence would be enough to send the transport department scuttling from court.

However, until these technological glitches get sorted, it seems that commuters will do whatever it takes to avoid AOs.