Disability and chronic illness in the spotlight at the Adelaide Fringe Festival. 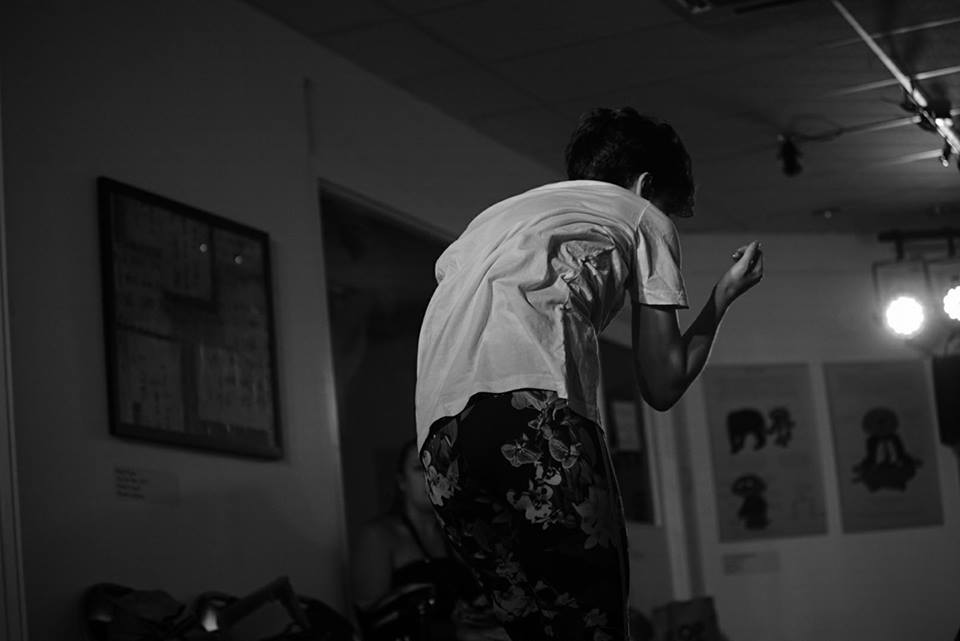 Melbourne actor Rachel Edmonds is hoping to take her theatre production about disability and chronic illness to the Melbourne Fringe Festival in September, after a sold-out season at the Adelaide Fringe Festival last week.

The 25-year-old has been humbled by the response to Have You Tried Yoga? which was first showcased at the Owl and Cat Theatre in Richmond, Melbourne during the Platform Festival last June.

Inspired by the “unhelpful help” Edmonds has received about managing her chronic condition, Have You Tried Yoga? is a rare insight into the frustration the disability community feels at trying to be cured.

Have you tried hydrotherapy? Cut out gluten? Are you sleeping enough?

Edmonds has heard it all before.

“It is demeaning and detrimental to my mental health as much as anything,” she told upstart.

“Many in the [disability] community were experiencing a similar level of emotional fatigue on top of their illness and I wanted to share their story.”

In the production, Edmonds portrayed a person with a physical, mental or invisible illness – endometriosis, Crohn’s disease, trigeminal neuralgia, arthritis and more.

She interviewed and received submission from the disability community, as well as reflected on her personal experience of living and working with a disability.

“Some were recorded and played during the performance, it’s their voice, and some were delivered by me as a monologue,” she said.

Her able-bodied co-performer, Martin Astifo, plays the carer, lover, partner, and the frustrated other.

Astifo has learnt a lot about the disability community through Rachel and performing in the production.

“I learnt to think about what I say before I say it,” he told upstart.

“Take into consideration that what you say may hurt the other person.”

Have You Tried Yoga? is an educational tool, teaching the able-bodied community how to be an ally to the disability community.

“Many do care, and they want to care, but don’t realise that what they are doing and the way they are trying to help, is not helpful,” Edmonds said.

“I wanted to create a production that they [the disability community] could come to and bring a person who is able-bodied, so they didn’t have to do that explaining and by the end of the production, that person would understand what they can do to change, adapt their language and the way they try to care.”

For Edmonds, it is important for a story about disability to be told by the disability community because they share them the best.

The disability community is large in Australia. According to the Australian Bureau of Statistics 2015 Survey of Disability, Ageing and Carers, almost 1 in 5 Australians reported living with a disability.

“But we are underrepresented and when we are represented it’s by an able-bodied person playing us,” Edmonds despaired.

“Like The Rock is playing a person with an amputation [in Skyscraper]. That’s ridiculous.”

TN is a relatively rare nerve disorder affecting the trigeminal nerve in the face.

Eating, drinking, talking, smiling, and even just touching your face, can bring on excruciating facial pain that may feel like an electric shock.

It is hard for Edmonds to predict her day, but she is trying to plan around her condition.

“You try to plan as best as you can, because I know that if I do too much, it is going to be bad, but sometimes it is bad no matter what I do,” she said.

“Sometimes I am just so overwhelmed with pain, I can’t do anything, and I can’t eat.”

Edmonds is hoping that a person with a disability or chronic illness can take away a sense of validation, solidarity and being understood from the production and her personal experience.

Astifo is excited for the able-bodied community to learn exactly what he learnt through the process.

“Be aware of everyone around you. Acknowledge that they are there and don’t push them away,” he said.

“They aren’t just a person with a disability. They are a person.”

Sheridan Lee is a Master of Communication student at La Trobe University. Follow her on Twitter at @sheridanlee7.