It’s 2016 and there are still Australian sports fans racially abusing the stars of our game, and it needs to stop, writes Jarrad Gardner. 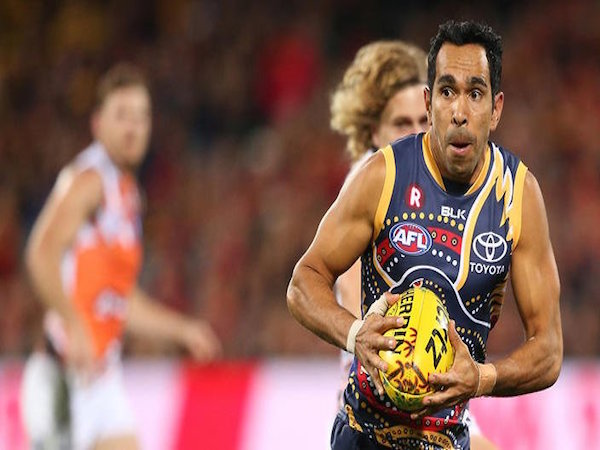 The 2016 AFL season was filled with excitement for fans, with a competitive home and away season culminating in one of the most exciting finals series in recent history.

The Western Bulldogs won just their second premiership, breaking a 62 year drought with a 22 point victory of the Sydney Swans in the grand final.

What seemed like an impossible record was broken when Brent Harvey ran out for his 427th AFL match, whilst the GWS Giants defeated cross town rivals Sydney in their first ever final.

Stars Patrick Dangerfield and Adam Treloar impressed at their new clubs, while youngsters Marcus Bontempelli and Tom Lynch staked claims as the next generation of AFL superstars.

However, the success stories of the past two seasons have been mired in racial controversy.

AFL fans have witnessed multiple racially motivated attacks aimed at players both on and off the field.

Last year we saw the unfortunate case of Adam Goodes, booed by many fans for simply taking a stand against racism.

Ultimately, the Swans dual Brownlow medalist declined a lap of honour on grand final day through fear of being booed.

This year, it was Nic Naitanui and Eddie Betts who both found themselves on the end of racial slurs from fans.

Honestly I’ve encouraged this mistake in the past but I’m now educated of its origins.lets grow together #BookWeek pic.twitter.com/syvDibeWSS

While both Betts and Naitanui have called for education for the offenders, many have called for punishment for racist fans, with some even going as far as calling for a life ban for the Port Adelaide supporter who threw a banana at Betts.

Dr. Sean Gorman, senior fellow at Curtin University who has worked in the field of indigenous history for 20 years, believes that a balance between education and punishment would send the right message to offenders.

“It depends on the type of offence. If it is an overt and sustained attack or an object that has been thrown, I think there needs to be both education and potentially a punitive outcome,” he tells upstart.

“The person needs to acknowledge they have made a mistake and they are willing to do whatever to atone.”

The AFL Player’s Association, led by Indigenous Advisory Board Chairman and Hawthorn player Shaun Burgoyne praised the response from the football community following the Betts incident.

“We are buoyed by the emphatic response from the community and hope this incident provides an opportunity for further education,” he said.

“We want fans to be passionate and cheer for their team, but there’s a line and it was clearly crossed on this occasion.”

The AFLPA released videos in conjunction with the ‘Racism. It stops with me’ campaign which was played at finals matches in a further attempt to educate fans.

AFL Player’s Association President and Fremantle captain Matthew Pavlich emphasised the role of the players in the fight against racism and believes the campaign will have a positive effect on fans.

“It’s important that all AFL players acknowledge the influential role they play in the community and harness this united power to encourage positive behaviour,” Pavlich said.

“Hopefully by watching the Racism. It Stops With Me videos at every AFL match, spectators will be reminded that there is absolutely no room for racism in our game or in society.”

Gorman echoed Pavlich’s beliefs and says that these campaigns are hitting the right spot with AFL fans and media alike.

“I think campaigns like this and others such as Recognise as well as other factors are playing their part. You only need to see the way these issues are reported on in the media from what they were 20 years ago to see the difference,” he says.

Following the release of the ‘Racism. It stops with me’ campaign, Human Rights Commission Race Discrimination Commissioner Dr Tim Soutphommasan said that fans are an integral part in the fight against racism.

“Racism, it stops with me, is about empowering people to respond to prejudice and discrimination. It’s important that everyone considers speaking out against racism if they witness it,” he said.

For Gorman, the message is quite simple when it comes to what other fans should do if they encounter racism at a future match.

“Report it – the announcements are given at the ground at the start of the game.”