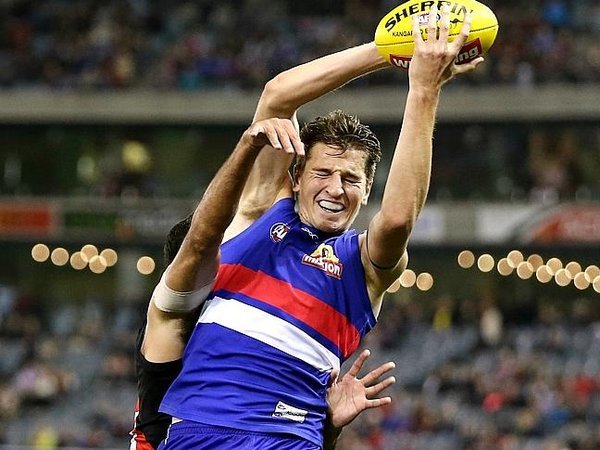 With the AFL season closing in on September, one of the League’s young talents will soon be crowned the Rising Star of 2014.

In previous seasons recent winners were widely heralded well before seasons end, but 2014’s race is a lot more competitive, providing a multitude of talent  all worthy of the honour.

Here is a closer look at the players in the running for the AFL’s Rising Star award:

The athletic Bontempelli is the favourite in the eyes of the bookies due to extensive media coverage but with only 12 matches so far in his debut season, the much-hyped midfielder may be more of an outside chance. ‘The Bont’ kicked one of the goals of the year to win the game against Melbourne during a sensational purple patch between rounds 13 to 16.

Marcus Bontempelli $1.50 to win Rising Star award. Under the odds? We profile all contenders: http://t.co/Ts7aGnlHTQ pic.twitter.com/6BByAC3KbV

Rarely do you see a 19-year-old come into a club and start in the centre square in Round 1. His love of contested ball, has some touting him as the next Lenny Hayes. Dunstan averages more disposals than any other nominee but will miss the rest of the season with a shoulder injury, which will hurt his chances.

A shining light for the Lions earlier in the season, Aish is a go-getter with the skills to match. Clean and polished with ball in hand, the midfielder’s highlights include collecting 25 disposals (12 contested) and a goal against St Kilda and 23 touches, nine tackles, and two goals against North Melbourne. The 18-year old is in serious calculations after a consistent debut season.

Unexpectedly bursting onto the scene in 2014 after he was overlooked in the 2012 draft, Langdon shows courage in the air and great run from defence as well as playing important roles on medium sized forwards. Convincingly beating Chad Wingard in the win over Port Adelaide and having 24 disposals on debut against the Dockers, he has faded in the latter half of the season but his early season form shows he is more than a chance.

No Tom Langdon in the squad at all, insanity, he’s the best story of 2014 at our club #GoPies

The speedster has added unbelievable run and enthusiasm to the Lions midfield. Taylor’s statistics don’t show his worth with ball carrying and ability to break the lines a standout feature in his game. Analyst David King recently told AFL 360 Taylor is his pick for the Rising Star. 19 disposals and three goals against GWS showed his attacking prowess.

The father-son recruit has been nothing short of fantastic for North. McDonald has missed just one game for the season, showing maturity beyond his years. He is becoming an important part of the North structure at half-back. McDonald hasn’t gathered as much media attention but could be this year’s smokey.

The creative half-forward has been more than handy for the Bombers in his debut season. Merrett has improved markedly through the season, with a string of impressive performances in the last five weeks. He is storming home and is one of the more underrated favourites.

The skilful half-back has settled into a young, star-studded Gold Coast side with ease. Kolodjashnij uses the footy well while mopping up in defence with his foot skills evident throughout his first 15 matches. He will need a big last few weeks to be more than an outside chance.

A creative half-forward, Billings is quick and shows flair with the footy in hand. He’s hit the scoreboard too, with almost a goal a game. His 25 disposals and three goals against the Eagles in round 14 showed how much the 18-year old is capable of.

The powerful Stringer started the season slowly but came back into the team with a point to prove in round 15 after a stint in the VFL. The former first round draft pick has kicked 16 goals in his last six matches. His four goal best of field performance last week against St. Kilda didn’t go unnoticed, receiving the Rising Star nomination for round 20. Should this form continue, his chances will skyrocket.

The supremely talented 19-year old has shown glimpses of his elite foot skills and creativity around goal that saw him drafted at pick two in last year’s national draft. He’s regularly gathered in excess of 17 touches in his first season with the Giants; a career-high 22 disposals coming in round 15 against rival Sydney. Will need a big last three rounds if he is to push his name to the top.

Robert Beaton is a second-year Bachelor of Journalism (sport) student studying at La Trobe University. You can follow him on Twitter:@Bobbybeaton16