Comedians share the story of their first gig and give advice about starting stand-up comedy. 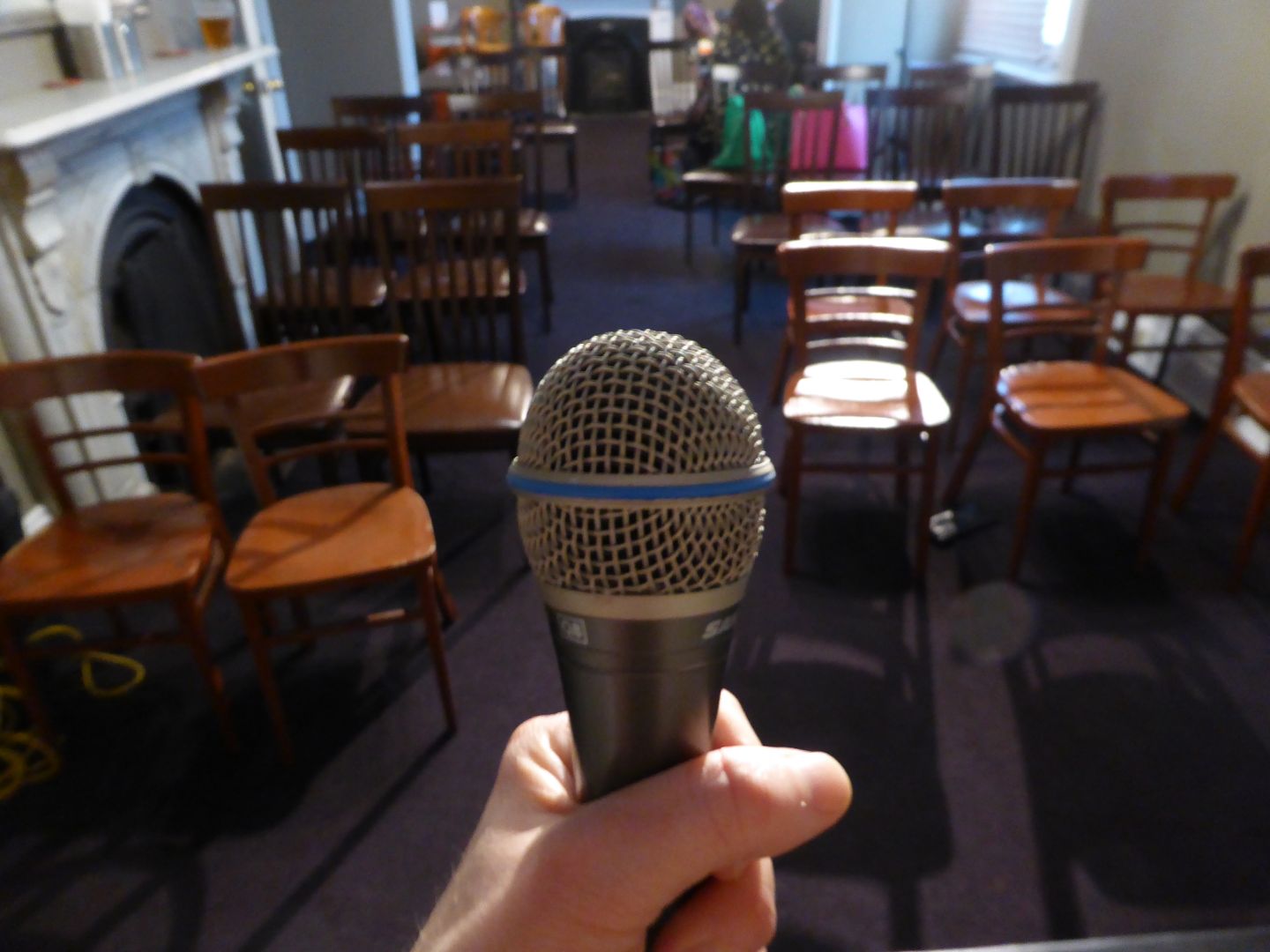 “I had so many nerves prior to going on stage that I drank an entire flask of overproof rum,” comedian Steff Jaric told upstart.

Some of Melbourne’s comedians have given upstart advice for stand-up first timers, and have taken up the challenge to describe their first gig using language that is printable.

American comedian and comedy writer Greg Fideler says Melbourne is one of the best places in the world to try stand-up comedy for the first time.

“Sydney is definitely better than the United States, but it’s not like it is here. Melbourne is fantastic, the level of support you get from the community,” he told upstart.

For anyone interested in performing stand-up comedy for the first time, there is a variety of comedy shows on every night in Melbourne to attend. There are open-mic nights, free comedy nights and ticketed comedy shows.

Having run several open-mic comedy nights, Caili Christian has seen many comedians do their first gig and has found that the most visible sign of a newbie is the lack of basic stagecraft.

“One of the things I see with new comedians is getting hold of the microphone and not being able to hold it, not knowing how loud to speak, where to put it,” she told upstart.

“Don’t stand behind an empty mic stand, Oh my god.”

Comedy courses are another way to start, but quality of course and cost varies a lot. However, doing a course does not guarantee a good first set, as Steff Jaric found out when he did one in Sydney.

“I wrote up what I thought was a good five minutes worth, however being fresh from Melbourne most of it was Sydney bashing and I then learnt on stage that you’ve got to know your audience,” he said.

“Adrenaline was just pumping through me. I did five minutes of material in two and a half minutes to a very unhappy audience.”

“Mentally I was alright, but physically I noticed all the trembling hands. [I] started to sweat and things like that,” Cross told upstart.

“That all came across on stage and you could see me shaking the microphone.”

Garry Johal recommends being prepared for every gig is the best way to combat any nerves.

“I did the whole standing in front of a mirror with a comb reciting it, thinking about what I was going to say. It was constantly in my mind, I tried writing it down, I tried memorising it,” he told upstart.

Even though Johal believes standing in front of the mirror with a comb is a “rookie mistake”, being over-prepared did help him in the lead up to his shows.

“My first gig went really really well. Second and third were pretty good then the bombing started. Now and then,” he said.

Having only started comedy a few months ago, Jojo Phillips wants aspiring comedians to know performing isn’t always as bad as it seems.

“It may feel like you’re dying, but you won’t die. It’s not as bad as you think it’s going to be”, she told upstart.

While stand-up comedy is not for everyone, making your friends laugh is different to making an audience laugh. The only way to find out if it’s for you is to get on stage.