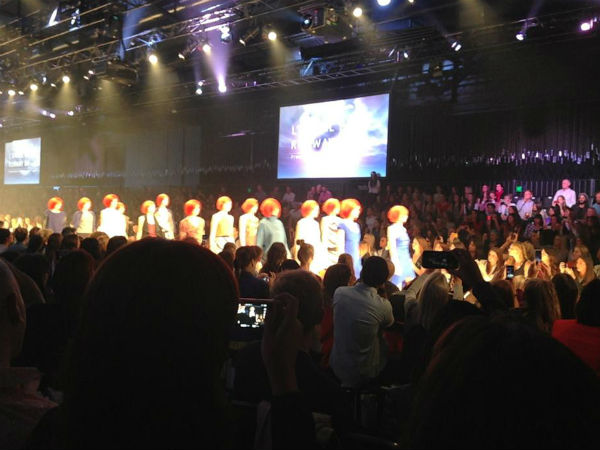 A photo of one of the most sought-after models at this week’s Mercedes-Benz Fashion Week has again reignited the issue of dangerously thin models.

Medical experts have made alarming claims saying that Ruby Jean Wilson, one of Australia’s most high profile models, has the waist circumference of a seven-year-old. This comes off the back of claims that models at the Mercedes-Benz Fashion Week were encouraged to “drink smoothies” rather than eat to ensure they had enough energy to walk down the runway.

This is despite almost twenty international editors of renowned fashion magazine, Vogue, last year implementing ‘The Health Initiative’, a pact that pledged to promote a healthier body image within the modelling industry. Editor of British Vogue, Alexandra Shulman said in her editor’s letter mid last year that the initiative would promote models of a more realistic size.

”(We will) build on the successful work that the Council of Fashion Designers of America, with the support of American Vogue in the US and the British Fashion Council in the UK have already begun to encourage a healthier approach to body image within the industry.”

One year on, it seems that very little has changed.

While the public has been led to believe that fashion circles are starting to embrace a new generation of plus sized models, those within the industry see it differently.

Demelza Reveley, winner of the fourth season of Australia’s Next Top Model, did not even audition for this year’s Mercedes-Benz Fashion Week. While she only weighs 63 kilograms, more than eight kilograms less than the average Australian woman, she says designers would not employ her fuller figure.

“Designers just generally don’t want my look for the catwalk, which is more healthy and natural. I wouldn’t be cast in many shows if I auditioned. And if I was cast, it would be to make a point, it is not actually because they’d want me there,” she says.

“You know how you read interviews where models insist that they eat a lot? Not true. The only way they can get that thin is to stop eating. They eat tissue paper to starve off the hunger pangs – literally ball it up and eat it,” Clements told The Australian.

The photo of Wilson, which clearly displays protruding collarbones and her tiny 58 centimetre waist, has caused experts to call for the industry to conduct compulsory medical checks. Associate Professor Michael Kohn, of the Children’s Hospital Westmead, says this will prevent models from putting their bodies on the line to please designers.

“I certainly would like to have reassurances that there are health checks for young people who are involved in the industry and that their health is not being exploited through their participation,” he says.

Today, The Daily Telegraph launched a campaign to stop Australia’s fashion industry from using unnaturally thin models. While former Youth Minister Kate Ellis set up a similar national advisory group on body image four years ago, her recommendations are yet to be enforced by the modelling industry and have not been heard of since.

While it is all well and good for those outside the fashion sector to campaign against the issue, Clements says the only way things will change is if the industry starts to embraces healthy body image and begins recruiting more appropriately sized models.

“If the designers could be persuaded to use larger sample sizes, that would be a start,” she says.

But with popular designers continuing to demand waif thin models, it is hard to say when and if healthy models will ever become the norm on the catwalk.