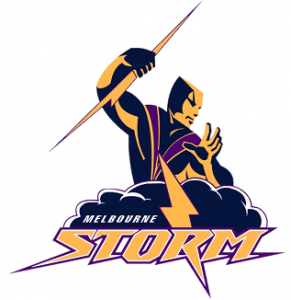 There aren’t many bigger comebacks in sport than Melbourne Storm’s NRL premiership win on Sunday.

The club was rattled in April 2010 when the league handed the Storm the ultimate punishment for salary cap breaches over a five years.

Melbourne’s 2007 and 2009 premierships were stripped and the team was no longer eligible to receive premiership points for the rest of 2010 season, relegating it to last on the table, despite winning enough games to make the top eight.

Players last week refused to use the stripped premierships as motivation to get one back, yet from the outside looking in, that’s exactly what they did on Sunday.

In 2010, the scandal was branded by The Age as the biggest in Australian sport, forcing the club to cut players off its list in order to meet the salary cap.

Former CEO Brian Waldron and the club’s financial officers were the suspected culprits behind the cheating, and it was concluded coach Craig Bellamy and his players were not aware of the salary breaches.

Greg Inglis, one of the game’s biggest stars, as well as Ryan Hoffman, Will Chambers, Aiden Tolman, Jeff Lima, Brett Finch, Ryan Tandy, Brett White, Willie Isa and Hep Cahill all left prior to the 2011 season, in which the club promised fans it would bounce back.

Many would have understood if the club bottomed out after the controversy, with half the list in 2011 different to the previous season’s.

However, despite playing for nothing in 2010, the team’s hungriness to win back the premiership and show the competition that it was still the best was evident, and it was only a matter of time before the Storm would hold the cup once again.

Yet the cup eluded the Storm in 2011, losing out in the preliminary final. Two-and-a-half years on from the scandal that rocked the club, and Melbourne has not only won back one of its premierships, it has also won back the respect of the league and its fans.

Cam Smith however quashed suggestions the weekend’s premiership was all about bouncing back from the 2010 scandals, as quoted in The Courier-Mail.

‘We’ve been asked this question for three years. Is it about making up for what happened? It’s not,’ said Smith post-match.

‘Sure, we were down about what happened a few years ago. It was an extremely tough period to get through.

‘But I think you have to look at the way we played and the way we went about things in 2011 and 2012 and you could see we didn’t look back.

‘We were looking forward. We were bitterly disappointed with the way we finished last year.

‘This year has been all about 2012, making sure this squad can be the best football side it can be and it’s paid off.’

However, Sunday’s win had a great sense of redemption about it.

The Storm were absolutely brave, keeping Canterbury scoreless in the last half (not to mention conceding just one try in the first), and the victory will taste all the more sweeter for those who were stripped of the 2007 and 2009 premierships, in particular Ballamy.

Those who doubted Craig Bellamy as a premiership coach can no longer question his brilliance as one of the NRL’s best in the last 25 years. And he learnt from the very best, after playing and coaching under Wayne Bennett prior to joining the Storm in 2003.

While on paper only one of his three premierships will be regarded as legitimate, Bellamy’s ability to consistently get the best out of his players cannot be rated higher.

The resilience can also be said of Billy Slater and Cameron Smith, regarded as two of the best players in the world, who consistently play elite-level rugby week-in week-out.

While both will regard this as their third NRL premiership, the sounding of the siren on Sunday night would have washed a sense of relief over the pair.

Ryan Hoffman, who left in 2011 and returned to the Storm this season, said his memories of 2007 and 2009 can never be wiped clean.

‘It sucked that it (the salary cap scandal) happened, but I’ve got memories and feelings from that … and that’s one thing they can’t take away, is the memories,’ Hoffman told The Courier-Mail.

Yet the celebratory drinks will be tasting better than ever down at AAMI Park, now that the Storm has reclaimed its mantle as the competition’s best.