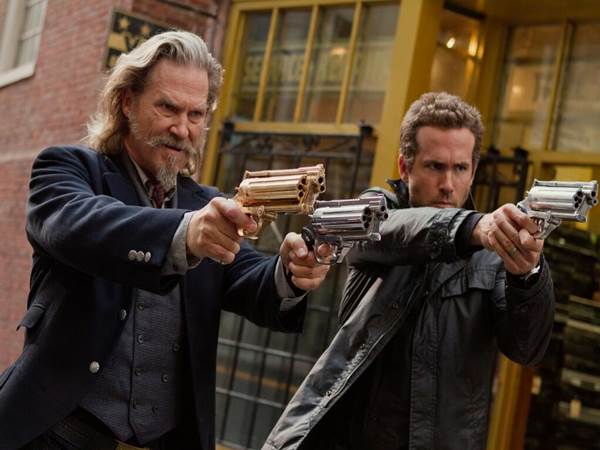 The US summer blockbuster season is a strange beast.

For no real reason, people set aside their various cinematic differences and flock to the movies. Over the course of a couple of months, they watch all-American heroes slug it out against generic bad guys with multiple explosions and action aplenty.

It’s even stranger here in Australia, as blockbuster season – May to August – actually falls right in the middle of winter.

Here we look back at the 2013 summer blockbuster season, complete with winners, losers, those in between-ers, and of course, a glimpse of what lies ahead.

(Note: All figures are in $US, and keep in mind, box office earnings are split between the film studios and the cinemas the films play in.)

Without doubt, the horror genre came out on top.

Its success can be attributed to two big factors. Firstly, as much as the world has changed since the first major blockbuster came along in 1975 with Jaws, audiences still love a good scare. Secondly, due to the lack of giant robots, alien spaceships and full-scale city demolition, horror films are able to be made for a considerably lower budget and, therefore, usually stand a decent chance of making their money back.

Proving this theory was The Purge, which was filmed on a tiny budget of just $3 million but went on to clock up $85,600,152 worldwide. In true Hollywood fashion, there is already talk of a sequel.

“The Purge” producer Jason Blum explains why he’s following up the movie with a haunted house http://t.co/FMPprGVvO0 pic.twitter.com/JDHdwR95n1

Then there was The Conjuring, directed by James Wan – who also did horror classic Saw. On a $20 million budget, the film dominated at the box office with its total gross earnings sitting at a cool $259,706,000. It was helped immensely when it was given an ‘R’ rating for being ‘too scary’ but it’s also a brilliantly woven piece of cinema and probably the best flick of the season.

Depending on who you speak to, one of the best/worst aspects of modern mainstream cinema is the increasing reliance on special effects like CGI and 3D. Naturally, the northern summer of 2013 was no different, with a glut of technological wizardry on display. However, unlike previous years, it didn’t sell at the box office.

R.I.P.D., directed by Robert Schwentke and starring Ryan Reynolds and Jeff Bridges as undead buddy police officers, was unsurprisingly CGI heavy given its supernatural subject matter. In spite of this, it still flopped with movie-goers, taking in just $66,583,000 worldwide on a reported $130 million budget. Admittedly, some of this failure can be attributed to the fact that it’s a pretty terrible movie – it currently has a Rotten Tomatoes approval rating of a measly 11 per cent.

And it’s not the only one.

Another big budget, CGI-heavy, box office bomb was The Lone Ranger. Despite being produced by the same people who brought us The Pirates of the Caribbean franchise, and starring Johnny Depp, the film still struggled to recuperate its vast budget of $225 million, eventually taking in a worldwide total of $243,306,000.

Oh, and the less said about M. Night Shyamalan’s After Earth, the better.

After the absurd successes of 2012, it was clear the major studios were keen to jump on the superhero bandwagon and keep the money rolling in with several big budget releases, including the launch of the DC Comics shared universe with Zac Synder’s Man of Steel. Financially, results were mostly positive despite not reaching anywhere near the heights of 2012. Marvel’s Iron Man 3 was the biggest winner, taking in an overall total of $1,214,613,036 including a bumper $174 million opening weekend.

Critically, however, the response was less enthusiastic. Despite its gross profit of around $430 million, the reviews for Man of Steel were mixed with many accusing it of being too long, too loud and, ultimately, too dull. Similarly, The Wolverine failed to wow fans with its weak storyline and overcrowded villain roster, and Iron Man 3 seemed to incur the wrath of every comic book fan by completely changing the origin story of arch-nemesis ‘Mandarin‘.

As much as Hollywood tried to force feed sequels and reboots in 2013, it didn’t really work. With plenty of major studios putting their eggs in the 2015 basket – Batman vs Superman, Avengers 2, Star Trek 3, Godzilla and Star Wars Episode VII – there’s a good chance there won’t be much money lying about for 2014.

But this is a good thing. Rather than taking the easy option and just throwing money at various projects, Hollywood producers and executives will be forced to invest wisely. That is, quality over quantity and original ideas over expensive reboots.