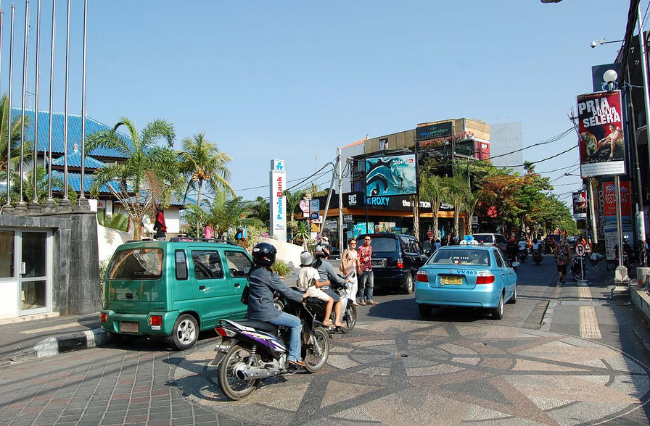 Indonesian officials have arrested the suspected leader of an Al-Qaeda linked group blamed for the Bali bombings and other recent attacks in Indonesia.

Abu Rusdan was arrested on Friday by Indonesia’s elite counter terrorism squad, along with three other suspected members of the Jemaah Islamiyah terrorist group.

Indonesian police spokesperson, Ahmad Ramadhan, said in a statement that the arrest was part of a broader crackdown on extremist groups in the region and that they are continuing to find suspected members.

“[Abu Rusdan] is currently known to be active among the unlawful Jemaah Islamiyah network’s leadership,” he said.

The 61-year-old suspected leader was jailed in 2003 for sheltering one of the Bali bombers who was later found and executed in Indonesia. Abu Rusdan was later released in 2006 before touring the country promoting Islamic extremist beliefs and reaching tens of thousands through YouTube videos. In a video he was heard praising “the land of jihad” of Afghanistan where he once trained with militants.

Jemaah Islamiyah is considered a terrorist organisation by the US and the UN and were responsible for the 2002 Bali bombings that left 202 people dead, 88 of which were Australian. The attack represents Australia’s single largest loss of life caused by a terrorist attack.

Since the Taliban takeover of Afghanistan, Indonesian officials have stepped up counter terrorism strategies to detect early terrorist operations and prevent attacks.

Spokesperson for Indonesia’s National Intelligence Agency, Wuwan Hari, said in a statement that the recent efforts by the counter terrorism squad, known as Densus 88, are directed “particularly toward terrorist groups that have links to the Taliban’s ideology and networks”.

These operations have been in process for months now, with Densus 88 detaining 53 Jemaah Islamiyah members in the past few weeks across 11 different provinces.

The ground zero of the 2002 Bali bombings by Jeffrey Pamungkas uses a creative commons license and is available HERE.