The recent diagnosis of CTE in a former AFL player highlights potential risks for junior football. 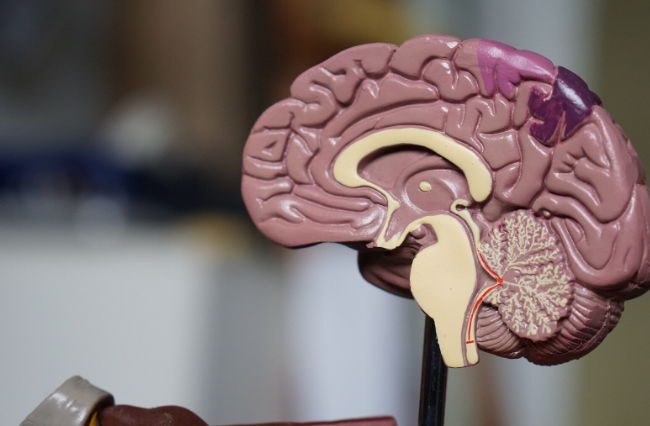 It has been one of the AFL’s worst fears: when or if a player would be diagnosed with Chronic Traumatic Encephalopathy (CTE).

In February, a study conducted by the Australian Sports Brain Bank  confirmed that former AFL player Graham ‘Polly’ Farmer was diagnosed with CTE upon examining his brain after his death in August 2019.

CTE is a brain disease caused by repeated knocks to the head, which can cause memory loss, behavioural and personality changes, parkinsonism and potentially progressive dementia.

Farmer’s diagnosis could see big implications in AFL due to the unique physicality of the game. But what could this mean for junior football? There are those that are calling for more education on the subject, and for the AFL to play a role in initiating these conversations.

According to a 2019 study by the Murdoch Children’s Research Institute, concussion is the third most common injury for junior footballers. But junior football clubs may not be aware of what it means to have a concussion and how CTE properly develops within an individual.

Jamie Boland has coached junior football across all age divisions for almost 30 years at the Macleod Junior Football Club. He says his players sometimes lack the awareness around what to do when they experience concussion during a game.

“The players should be comfortable with speaking to the coach and the training staff.”

Boland has experienced difficulty trying to ensure his players’ safety from repeated concussions because he believes boys in particular tend to avoid self-reporting the injury.

“It’s about educating the young players to not be afraid to report these things and that’s the difficult thing.”

Neuroscientist and Associate Professor at La Trobe University, Dr Alan Pearce specialises in the research of sports related concussions. He says boys get a feeling of pride and toughness when they get hit in a game of football and feel it shows their coaches and peers they are a determined athlete.

“That’s something we’ve got to change, that attitude, it’s not a badge of honour,” he says.

“There’s still a stigma about an injury you can’t see.”

Another issue, according to Dr Pearce, is understanding that suffering a single concussion in a game of football does not directly relate to the development of CTE within an individual. He says that the media have struggled to grapple with what it means when people have a concussion and how it is being indirectly related to the development of CTE.

“A concussion is an acute response to impact and needs to be treated as its own entity, not as something towards CTE,” he said.

“We’ve got to get better at communicating this, to get people to understand that concussions are not good, but a concussion doesn’t lead to CTE, it’s the thousands of smaller hits.”

Some junior football leagues implement helmets for players to wear until a certain age as a way to promote safety. However, Boland believes this has given kids a false sense of security and a mixed message, as there is no scientific evidence that helmets prevent concussions or other brain injuries.

“Put a helmet on and they think they’re invincible,” he said.

“They go in headfirst and don’t think they’re going to get a concussion, in the end helmets won’t prevent concussions.”

Dr Pearce says modifications to the junior game should be made to promote safety.

“We should think about modifying the sport to no contact until under 12s, maybe under 13s,” he said.

“We modify sports like tennis, baseball and hockey. There’s all these other sports that are modified to protect developing bodies, we need to be doing this with football as well.”

Dr Pearce also says young footballers need to be educated more effectively and this should be initiated by the AFL.

“AFL players have to speak up more. I don’t think they’re doing it enough,” he said.

“They need to be a part of some sort of awareness campaign saying, ‘when in doubt, sit it out’ or ‘I take my head knocks seriously’.”

Dr Pearce and the Australian Sports Brain Bank expect more former AFL players to donate their brains for research post-life which will help the progression of CTE research within the sport. For example, former player Liam Picken, whose career abruptly ended due to repeated concussions, has recently pledged to donate his brain for research.

But for the meantime, Boland says it may take time to get the proper awareness into junior football clubs around the country.

“But it might take another five to ten years before things are getting better.”

Article: Bailey Zimmermann is a second-year Media and Communications student (Journalism) at La Trobe University. You can follow him on Twitter @bailey_zim