After going their separate ways three years ago, Callum Barker and Kai Woodfall are ready to share the court again in Missouri. 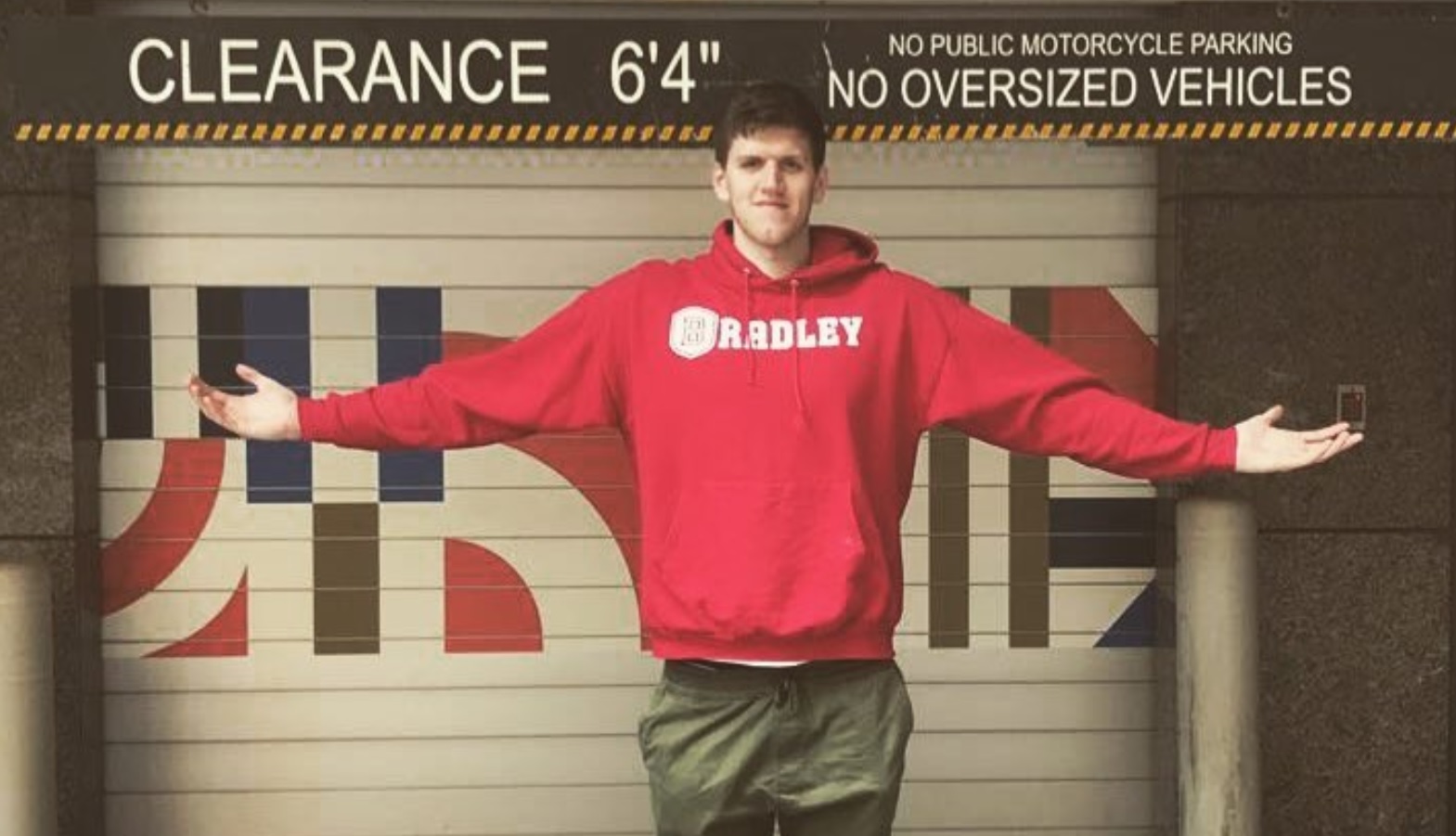 At six-foot-nine, Callum Barker towers over his students at a junior basketball camp in Launceston, Tasmania. As a Hobart native, he’s at the wrong end of the island state to truly be “home”, but he’s there with former Tasmanian teammate and Launceston local Kai Woodfall.

These days, they both play college basketball in the United States, and they’re both wearing college hoops apparel—a Bradley Braves t-shirt for Barker, and a Southwest Baptist Bearcats top for Woodfall. Until recently those were their teams, but not anymore. The long-time friends are about to be back together as teammates in a vastly different setting to their Tasmanian roots or their former colleges.

While Barker’s basketball prowess might be obvious now, it wasn’t always that way. It took him some time to figure out just how good he was, and how far the sport could take him. His Australian debut in 2014 opened his eyes to the possibilities.

“After I played for Australia for the first time, I felt that playing college ball was a real option for me,” Barker told upstart.

After a winding journey that would take him from Hobart and state team play with Woodfall, to Peoria, Illinois and Bradley University, and now to Missouri, Barker has grown as a person and as a player. That journey started with his junior career playing for the Hobart Phoenix, who he first suited up for at the age of nine.

Former Phoenix teammate Joshua Sparks first played with Barker when he was 15 years old. While he saw how Barker’s height and strength made him an asset, they didn’t translate onto the court straight away, and he struggled for playing time against older competition in their first tournament together.

It only took one off-season for that to change, though. After a summer spent working hard on his game, his transformation took his young teammates by surprise.

“I remember going away for the off-season after that tournament, coming back for pre-season and almost not recognising Cal,” Sparks told upstart.

“He’d grown about 30 centimetres I swear, and he’d worked on his game so much that he was now clearly the best player on the court.”

From there, Barker quickly rose through the Tasmanian ranks. He moved into the Phoenix senior team, played for the Hobart Chargers in the SEABL and represented the state on the national stage.

Throughout that climb he never lost his hunger to succeed, continuing to outwork his peers.

“He always had an insane work ethic— I remember our coach gave him this book on how to improve your vertical jump. Every training he would be there early and would stay late, jumping up and down the grandstand to work on his vertical,” Sparks said.

Barker’s play for Australia landed him a spot at the prestigious Adidas Nations event and opened the floodgates to college recruiters. Film was passed around, calls were made, and soon after he was headed to Peoria, Illinois and the Bradley University Braves.

He came into the program at just the right time. In the 2015-16 season, the year before Barker’s arrival, Bradley finished with a 9-24 record. It was their fifth straight year with a losing record, after which they fired their coach, moved on nine of their players and began a total rebuild of the program.

“The choice to go to Bradley was because there was a chance for playing time there right away,” Barker said.

The Braves continued to struggle in his first year, going 5-27 and losing in the first round of the conference playoffs. On an individual level, though, he did have some early success, starting in 26 of their 32 games and averaging 5.1 points and 4.5 rebounds.

As the program improved, however, his opportunities started to dry up. New recruits jumped past him in the pecking order, and his minutes per game fell from 22.8 in his freshman year to just 4.9 last season.

The team increased their win total to 13 in 2016-17 and 20 last year, but Barker no longer felt like a part of that success. Looking back now, he has some mixed feelings about his time with the Braves.

“If I had my choice again I would go somewhere else. I think the lack of upperclassmen and older teammates hindered my development and held me back a little bit,” he said.

“However, I had a great three years at Bradley, loved my teammates and had some of the best coaches I could have asked for.”

With one year of college eligibility left and no obvious place in Bradley’s plans, Barker started to consider moving elsewhere. He had multiple Division I offers on the table, but the NCAA’s complex transfer rules would have forced him to sit out for a full season before playing again.

Instead, he turned to the NAIA, an organisation made up of smaller schools. It was there that he found a familiar face looking for a change of scenery, and together they put a new plan in motion.

“I ended up choosing Missouri Baptist for no reason other than to play with my ex-Tassie teammate Kai Woodfall,” Barker said.

“I figured I had one year left and it would be a lot of fun to link up with someone I played for many years with.”

The two Tasmanians won a national under-18 bronze medal together in 2013 and have stayed close even since leaving the state. After spending the past three years at Southwest Baptist University, Woodfall is also looking forward to reconnecting with his former teammate.

“I’m super excited, it’s been ages since I’ve been on the court with him— I don’t remember the first time we played together but it was probably in under-14s or so,” Woodfall told upstart.

With multiple players departing a Missouri Baptist team that went 23-8 last season and finished the year nationally ranked, both have the chance to step into important roles on a winning team. For Barker, only one thing would make his final college season a successful one.

“As a team I want us to win a championship, get a ring,” he said.

On a personal level, he’s starting to plan for his future and what could be a long career on the court.

“I want to have a good enough season to get a contract somewhere overseas or back home in Australia—I think being a development player in the NBL is a realistic goal for me,” he said.

“Once the season is over I’ll graduate and head back to Australia to prepare for any opportunities I am given.”