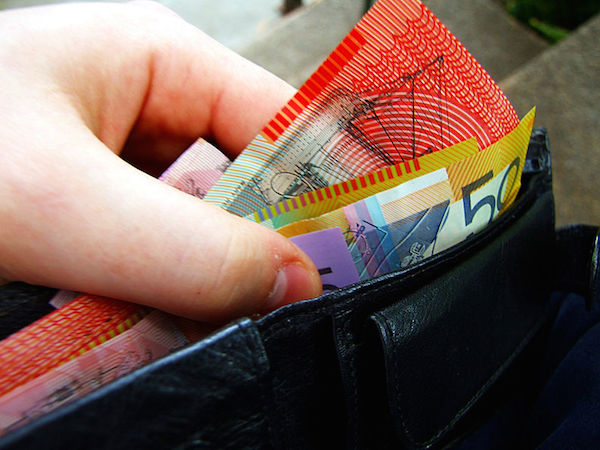 The Australia Institute has put forward a new economic model, urging the government to tax the rich and save the budget tens of billions of dollars.

The Coalition’s first budget in 2014 failed to pass through the Senate and was widely criticised for being unfair. Schemes such as the GP co-payment were met with resistance and seen to target the lowest income earners.

Treasurer Joe Hockey said: “Anyone opposing the measures we set down in the May budget must think long and hard about the longer-term ramifications of their actions on the Australian economy and for society.”

The Australia Institute has set out to do just that.

Taking aim at the Abbott government for making budget cuts that affect the nation’s poorest, the report focuses on reforms that create a more equitable taxation system.

The model suggests that the government could raise $19.5 billion annually if it stopped giving superannuation tax breaks to the rich, restricted negative gearing, scrapped the capital gains tax discount and introduced a minimum tax rate on high-income earners.

Currently, $17.8 billion, or 60 per cent, of super tax concessions are going to the nation’s richest 20 per cent.

“That leaves 80 per cent of Australians to share the remaining 40 per cent of what has become one of the major costs to the budget,” Matt Grudnoff, Senior Economist at The Australia Institute, said.

Super tax concessions were implemented when Australia introduced compulsory superannuation. Super funds are taxed less than normal income because the government wants super accounts to grow. This is in place so that retirees can rely more on their own savings than taxpayer dollars.

Grudnoff tells upstart that since the top 20 per cent of retirees are highly unlikely to claim an age pension, they shouldn’t be able to claim these concessions.

“There is no economic justification for taxpayer’s money being spent on enlarging the super balances of those that are not likely to ever claim a pension.”

“We propose moving super tax concessions back to what they were initially introduced for, to take pressure off the budget, not to put more pressure on the government which is what they’re currently doing.”

“By doing this, not only would we raise $7.4 billion in revenue but remove distortions in the market and make housing more affordable,” Grudnoff says.

The final proposed reform is a minimum tax rate on extremely high-income earners.

The idea of the “Buffet Rule” is that people earning more than $300,000 would not be able to engage in aggressive tax minimisation. The rate would be set at 35 per cent and would reduce the value of tax advice because deductions after a certain point would be worthless.

This would raise an estimated $2.5 billion from extremely high-income earners, making them the main source of tax funds.

“The highest income earners should shoulder a higher burden because they have the capacity to pay,” Grudnoff says.