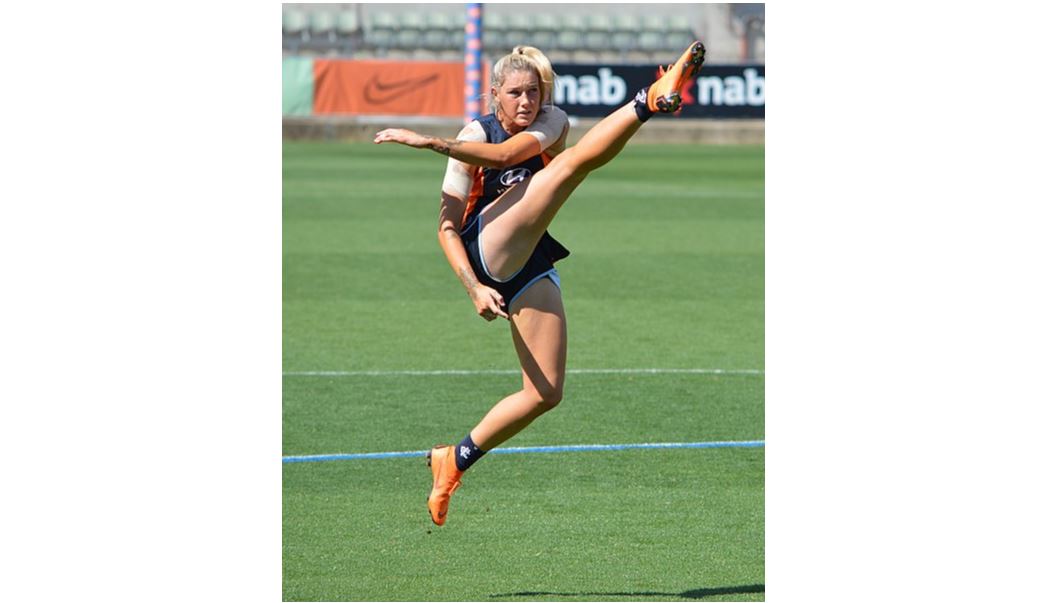 Commissioned by the AFLW’s major sponsor NAB, a statue immortalising Tayla Harris’ famous kick has been revealed today as a new addition to Federation Square.

Female athletes are severely underrepresented when it comes to sporting statues. At the MCG alone, only two out of 16 statues represent women.

The statue represents more than just Harris, it represents women in sporting communities. It is for everyone who, on the night the original image was posted, saw and felt the hateful comments directed at her for simply doing what every male footballer has done; kick a footy.

Harris said she was humbled by the effigy and what it represented.

“It doesn’t matter if you’re a man or a woman, young or old – everyone has a right to do what they love,” she said. “That’s what I want people to see when they look at this.”

NAB’s Chief Customer Experience Officer, Rachel Slade, is hopeful the statue will ignite a fire inside both women and men to stand up for what they believe in.

She believes the bronzed statue symbolises the potential of a generation.

“Greatness shouldn’t be confined to goals, kicks, runs, medals or gender. It’s also about us all realising our potential,” Slade said.

“When the kids of today saw that photo of Tayla, and when they see this statue, they shouldn’t see gender. They should see strength, athleticism and possibility, and that has the power to change the future.”

Photo: ‘Tayla Harris with Carlton during a preliminary final against Fremantle at Ikon Park in March 2019’ by DustyNail, available here and used under a Creative Commons Attribution. The image has not been modified.

Caitlin Pilatti is a second year Bachelor of Media and Communications (Public Relations) student at La Trobe University. You can follow her on Twitter @caitlinpilatti.