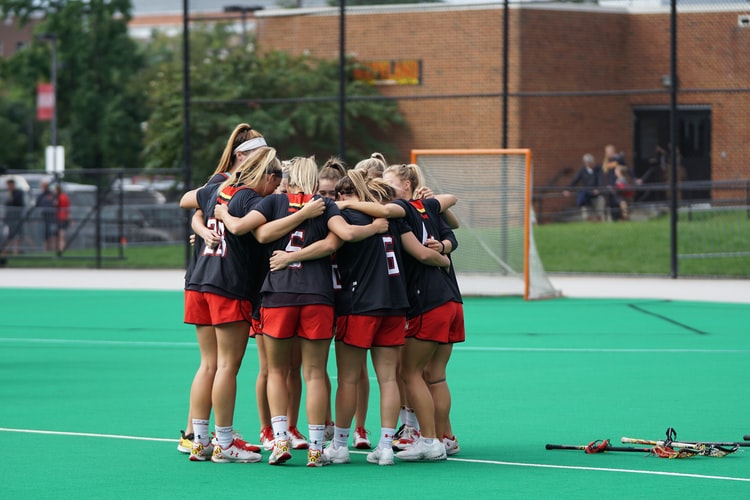 Out of the 100 professional athletes on Forbes’ annual highest paid athletes list, Serena Williams was the only female to make the cut in 2019, coming in at number 63. While this may raise concerns about equality, figuring out the gender pay gap in sport has proved to be a bit more complex than some think, particularly in team sports.

In most mainstream team sports where players are under salary contract, female athletes are paid significantly lower than their male counterparts. This is generally due to the lower amount of spectator interest in the women’s leagues. Ultimately, less viewership equals less money generated, which means less money to be paid to the athletes.

In the 2018-19 season, the average salary for a Women’s National Basketball Association (WNBA) player was around AU$110,000, and the maximum player salary was AU$166,197. In the equivalent National Basketball Association (NBA) season, the minimum player salary was AU$1,227,759. A huge difference? Yes. But the difference in revenue created is also substantial. The WNBA generates $25 million in annual revenue while the NBA rakes in $7.4 billion.

But it’s not just as black and white as less revenue equals less pay, either. Well, yes, the pay will be less as there is less money to go around, but it is relative to the percentage of revenue that is paid to the athletes. The NBA pays its players about 50 percent of league revenue, whereas the WNBA only pays its players under 25 percent. This is not dissimilar to other sports where there are both male and female competitions.

Monash University Sports Law Lecturer Matt Nichol says that female athletes should be paid the same percentage of revenue as their male counterparts.

“I think one of the issues for women’s professional sport, and the AFLW is a good example, is actually quantifying how much revenue they produce so they can argue for a percentage of that,” he told upstart.

“They should receive equivalent pay for the revenue that’s created.”

The Women’s Australian Football League (AFLW) is similar to the WNBA in that players earn considerably less than their male counterparts. The league is only three years old, and with  spectators allowed free entrance to games to help popularise the sport, and  an overall  lack of revenue data supplied by the AFL, it is hard to know how much revenue the  players are actually generating. For now, the league only runs for two months of the year and players are studying or working full-time in order to support themselves.

An AFLW player, who has chosen to remain anonymous, says she is split on whether the pay in her sport is reasonable or not.

Recently, there seems to be more and more signs that progress is being made. This October alone saw Cricket Australia agree to top up any prize money won by the Australian women’s team at the T20 World Cup, to ensure parity with the men’s equivalent winnings. Meanwhile  the AFL players’ association and the AFL reached an agreement on a new, three-year Collective Bargaining Agreement, which will provide an increase in AFLW players’ salaries.

The AFLW player also says female athletes have to continue to grow their leagues to see an improvement.

“We as players need to work to build the game and hopefully produce a quality product that people want to watch, support, and sponsor,” she said.

Monash University Senior Lecturer of Health and Physical Education Dr Justen O’Connor, says minimising the pay gap in sport is a long term goal, but that is part of a broader issue.

“As long as we have imbalanced power structures in society, we are going to have inequality. This is probably a utopian goal to aim for and in some sports, it is definitely achievable and should be an explicit target,” he told upstart.

Article: Ashton Tresidder is a first-year Bachelor of Media and Communications (Sports Journalism) student at La Trobe University. You can follow him on Twitter @ashton_tres

Photo: Group of women standing on court during daytime by Jeffrey F Lin available HERE and used under a Creative Commons Attribution. The image has not been modified.