Seniors can relieve loneliness with technology. 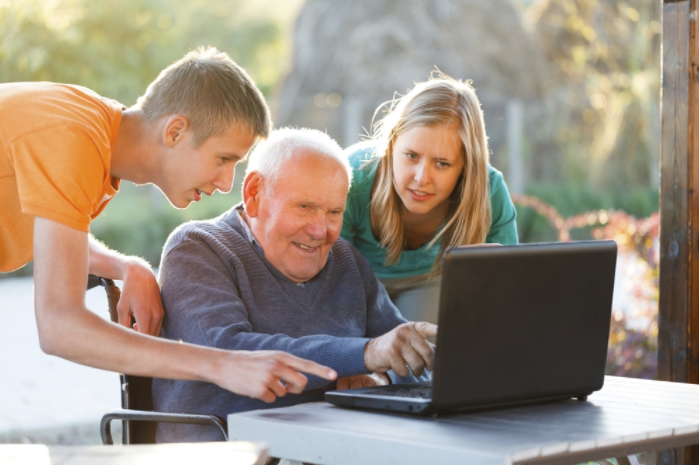 People aged 65 years and above, make up a little over 25 per cent of the Australian population and find themselves socially isolated later in life.

Older people experience ‘trigger events’, such as a death of a partner, living alone, leaving the workforce or moving to a new location.

A 2016 study from the University of Queensland found trigger events in combination with mobility and health issues lead to withdrawal and isolation, negatively effecting the older generation’s health and well-being.

It found social networks and internet communications could reduce social isolation, after the Federal Government released a paper about the state of senior Victorians last year.

In response to the paper, the Victorian Government introduced the Seniors Card Starters Bundle with Telstra to bridge the technological gap and connect seniors to their loved ones.

“Loneliness can affect anybody at any time. My research indicates that 10 per cent of over 60’s in Victoria experience chronic loneliness at any one time,” Gerard Mansour, Commissioner for Senior Victorians said in the paper.

Australia has an ageing population and access to technology is vital to connect seniors experiencing social isolation.

Measures to connect seniors include Broadband for Seniors and online chat forums Greypath and Silver Peers.

At the age of 65, Manager of Greypath, Ray Lewis, perceived a need for an internet portal dedicated to Australian seniors because he saw a pattern of loneliness amongst seniors in his local grocer. 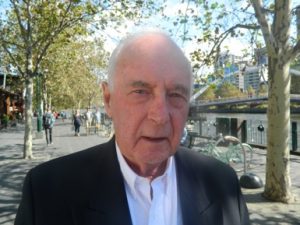 “Greypath is a chat forum started in 2000 that keeps us older generation engaged. It was created before Facebook and includes jokes, news, health tips and an online forum,” Lewis tells upstart.

He noticed that as people age they become grey and develop health problems which leads them to withdraw and become isolated. 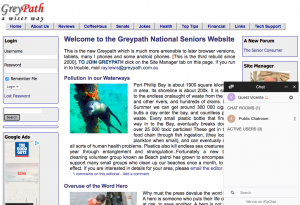 “So many people are isolated in the bush, in nursing homes and after the loss of a partner. They have nowhere to go,” he says.

Greypath featured the world’s first virtual 3D village for seniors, a virtual community where seniors could meet up, attend church and go to the pub.

In its first year, Greypath topped a million hits and was in the top half per cent of all websites by traffic.

“We were quite unique, there was nothing like Greypath around,” Lewis says.

“We have a number of seniors who come to the site and use Greypath as a routine to start their day. The website has all kinds of benefits for people experiencing loneliness and isolation.”

Director of the Clinical Psychology Programme at the University of Melbourne, Christina Bryant, says there needs to be more support for the elderly experiencing isolation due to physical impairments.

“Loneliness is detrimental to health. Older people’s networks diminish as they get older because of loss, health problems or mobility and as a consequence they become isolated, lonely and then the depression follows from that,” Bryant tells upstart.

“Computer use, enabling skype, email and Facebook with relatives is increasing exponentially amongst older adults and I agree they can have positive benefits for the elderly,” she says.

But she also says that it may be a generational issue.

“As the Baby Boomers reach old age, they might be more demanding, more keyed in to social media and non-physical ways of keeping in touch than the current cohort of people over 75 who haven’t had much experience of social media.”

Haley Battersby is in her final year of completing a Media and Communication (Journalism) degree at La Trobe University. You can follow her on Twitter here.