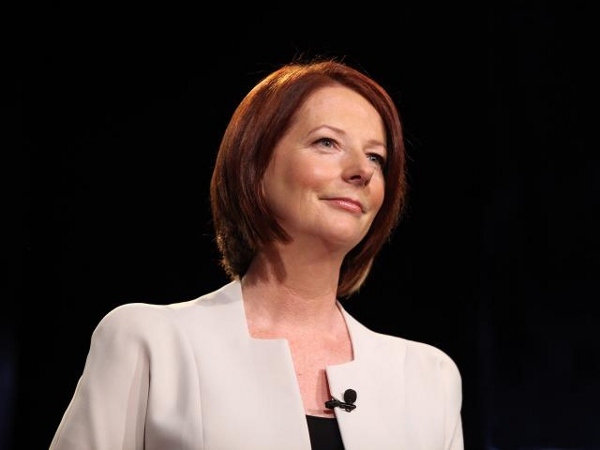 Much has been written about the current turbulent state of Australian politics – from leadership spills to constantly-changing cabinets, the worst is always portrayed. But, has it always been like this? For the uninitiated voter, current politics is a baptism of fire.

The question ‘has it always been this problematic?’ is raised with each new story of conflict. For those who have only voted once, the current federal parliamentary term has been a harsh initiation into Australian politics. Young voters may assume thats it’s always been like this, but is it the case?

History tells us that Australia has always been a difficult country to govern, but the question that lingers still is: will it be easier for the party that will win party in September?

According to Professor John Murphy of the School of Social and Political Sciences at the University of Melbourne, the relationships between MPs are ever changing.

Gough Whitlam was booted from the top job after trying to pass a failed law for the second time. John Howard’s term ran smoothly, until the Tampa boat incident sparked the asylum seeker debate that still rages today and Kevin Rudd was deposed by his deputy.

While these leaders appear to have governed in turbulent times, it is also important to note that they are the leaders that have become synonymous with politics of late. Because, in reality, who takes note when things are running smoothly?

Professor Stuart Macintyre AO, Ernest Scott Professor of History at The University of Melbourne, says that Australian politics has always been a contentious issue.

“The parliament has never been tranquil. Sometimes a government has had a considerable majority, but faced allegations and objections. Sometimes, it has not felt secure and the stakes have been higher. The distinctive feature of this parliament is that Tony Abbott refuses to accept the legitimacy of the government, but that has happened before: after 1975, for example,” he says.

Kelvin Thomson, federal Labor member for Wills in Victoria’s inner north, has been a member of parliament since 1996. He considers the coalition to be the Gillard government’s greatest challenge, but also feels that the current level of media scrutiny is greater than ever before.

“Parliament is always tough but the level of scrutiny – 7 days a week, 24 hours a day – has increased,” he says.

This level of constant political dissection gives that appearance of greater public interest in how the country is run, but Macintyre doesn’t feel this is the case.

“A section of the public feels aggrieved and indignant, and a larger proportion of the public indicates little interest. Most of the evidence for involvement comes from media that uses ventriloquism to attribute its own view to voters,” he says.

For Murphy, the media cycle goes beyond mere politics: “There is a phenomenon of perpetual political commentary, often at a relatively trivial level – such as the latest treatment of Kevin Rudd.”

Politics also currently is an important element of Australia’s current media cycle according to Macintyre.

“Politics seldom takes a back seat, not even in moments of emergency. It was particularly heated in the first and second world wars. A government typically tries to present itself as above politics, acting in the national interest, but its opponents have almost never accepted this claim,” he says.

So, will it get any easier for the next government that comes into power? If the Coalition wins by a large majority, there won’t be any difficulty in passing laws. But, that doesn’t get rid of the other challenges that the current government faces – the gender debate, the NBN, the Carbon tax. If Labor wins, it will be more of the same.

History is the greatest indicator that things will not run smoothly after September, and history says that the new government will have a challenge on its hands – whether it is due to a minority government or repairing the damage done to date. We needn’t look further than the latest tumultuous parliamentary sitting week for proof.