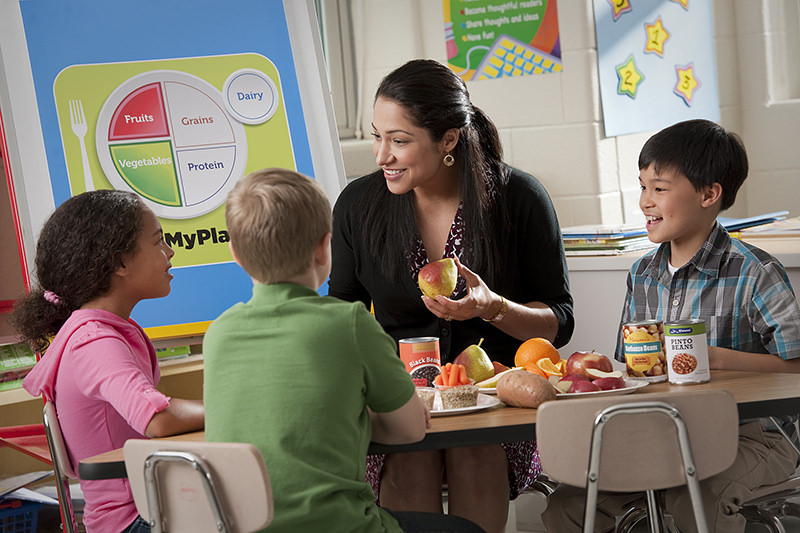 Services such as early intervention and specialist setting primary and secondary schools provide this expertise.

A child’s time in kindergarten, however, is far more complicated to navigate.

Kindergartens catering specifically for special needs children are non-existent, and offerings within the standard sector are still essentially mainstream.

Provisions are put in place to help children with special needs, but facilitators are often limited in what they can do due to budget issues.

Emily*, an occupational therapist and former staff member of a non-government kindergarten, says she believes inadequate funding for the necessary assistance leaves kindergartens under-resourced and ill-equipped to provide the support that special needs children require.

“Funding is insufficient for many children … a large number of children receive no funding and therefore do not learn,” she tells upstart.

“A real gap is where intensive support is required due to severe behavioural or learning difficulties in children. We frequently see children where the only real goal is to keep them safe as that is all there is [staff and skill] capacity for.”

According to Emily, without sufficient funding and equipment, both the child and the kindergarten are disadvantaged, with some kindergartens even having to ask parents to reduce the hours that their child attends due to the shortfalls.

Kindergarten Inclusion Support Packages (also known as KIS Packages) are provided for children with disabilities as well as those who have complex medical needs and Better Health Victoria identifies kindergarten as an important milestone in preparing a child for their future schooling.

Likewise, Education Victoria emphasises the importance of inclusion for all children.

Carol*, whose role is ‘additional assist with children with disabilities’ tells upstart that every child who comes through the system will essentially have the same kindergarten experience, whether they have special needs or not.

“There is no difference in kindergartens unfortunately. Young disabled children do not have a choice. It is a standard kindergarten program that any young child must follow.”

“What works one year may not work the next. Each kinder group including disabled and non-disabled children is different and the staff at the kinder need to work together and identify the strengths and weakness to run a successful program.”

This kind of set-up, however, is extremely costly thanks to the diverse range of support that professionals such as Carol are required to provide.

According to Carol, activities help all children within a group to develop their social skills and prepare themselves for school and their futures.

Conversely Emily believes that better support could be afforded to all children, if funding were properly allocated for KIS Packages.

She says even when funding is available, children can still miss out on the things they need because of the way resources are allocated.

“The KISS funding is far too tight so many children with disabilities or delays miss out, and without additional support the kindergarten teachers do the best they can, but the children do not get the explicit 1:1 teaching that they need,” she says.

“As a therapist, I would routinely suggest that a child should go to childcare rather than kinder as s/he would be eligible for ISS funding but not KISS funding.”

The Inclusion Support Subsidy (ISS) is essentially the childcare version of KIS which the Department of Social Services describes as a subsidy “paid to child care and early learning services as a contribution towards the costs associated with ongoing high support needs”.

While the funding is helpful overall, it does not benefit to children once they are placed within a kindergarten setting.

While Emily hopes that the introduction of the National Disability Insurance Scheme (NDIS) funding will help bridge the gaps, she believes that this will only be possible if parents emphasise their children’s needs specifically relating to their time at kindergarten.

The Department of Education allows children to qualify for a second year of kindergarten if their early childhood educator believes they have “developmental delays in at least two key areas of development”.

This means that more sufficient funding could especially benefit children in cases where it is preferable for them to complete this extended time in the sector in order to achieve better outcomes.

Under the government program, parents and educators work together to create a plan that facilitates higher achievements for the child as well as an easier transition to school. Programs such as this could also be used to facilitate a model of learning within kindergartens which Emily believes is particularly beneficial.

“It must come down to parent choice, but one model I like (if only it was well funded) is the child attending local kindergarten with an aide, and also a group for a block of perhaps six weeks each term.”

In addition to this, Emily would like to see children supplied with home visits while the group is not running, as well as full-time support from a therapist for the kindergarten. The issue with this, she notes, is how expensive the program would be to achieve.

At every turn, issues seem to come back to a lack of funding.

Jessica is currently completing her third year of a bachelor of media and communication specialising in journalism.