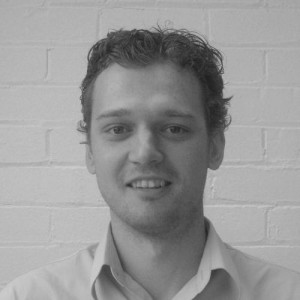 It has been two weeks since the official launch of The Conversation – a new, independent website dedicated to making knowledge and expertise accessible to all.

Founded by Andrew Jaspan, former editor-in-chief of The Age, and digital strategist Jack Rejtman, the website focuses on information, analysis and commentary from Australia’s university and research sector.

Its partners include a coalition of the nation’s leading universities, called the Group of Eight, as well as the University of Technology in Sydney, CSIRO and the Australian Science Media Centre.

Matt de Neef, a journalism graduate from La Trobe University and a former upstart editor, is the assistant editor of the site’s ‘science and technology’ section.

According to de Neef, the site’s partners have invested either financially, politically or philosophically in the project.

‘We’ve got funding for three years,’ he says.

‘We’re a not-for-profit, independent group and by the end of that three years the goal is for us to be sustainable on our own; to have a business model in place that allows us to start to make money so that we can’t rely on other people.’

In an attempt to flesh out public debate on issues in the media and also within ‘popular consciousness’, the site comprises five main sections: science and technology, environment and energy, health and medicine, business and economy, and politics and society.

Each section has two editors — in the area of ‘science and technology’, de Neef is the assistant section editor, and the editor is Paul Dalgarno. Misha Ketchell is the site’s managing editor, and Andrew Jaspan is the editor-in-chief.

Although it’s based at the University of Melbourne, The Conversation is not just another PR wing for the institution or the university sector as a whole.

‘We act independently of them, but our role is to highlight the research that’s going on in the sector and use that research to inform a better discussion around issues that need to be covered,’ says de Neef.

‘There’s a real feeling around at the moment that mainstream media isn’t covering things in as much depth as they should, and so… rather than being journalists writing about a particular area, we’re editors and we go directly to the experts. We ask them to write about their area of expertise and we present them to the public that way.’

The site, which delivers news and features written by leading researchers and academics directly to the public, is aimed at a broad audience.

‘Our audience is a curious, interested readership,’ says de Neef.

‘If we publish a piece on the site about the discovery of new planets outside of our solar system, then we’re not going to assume that the readership has three years of astrophysics education behind them. What we do assume is that they’ve probably finished Year 12.

‘Our pitches are often written in a conversational tone – so a bit of a departure from standard academic literature, which is extremely dense and targeted just for the academic community. We’re looking more broadly… focused on the wider public as a whole, which taps into our goal of trying to inform a better debate among society.’

What’s also done differently at The Conversation is that, while a lot of internet start-ups use off-the-shelf software as a platform and customise it, the site was built from the ground up by a team of technical developers headed by Michael Morris.

The team works in the same office space as the editors and, according to de Neef, it’s a huge advantage: ‘If something goes wrong with the system or we’re not sure how to use something, we just pop next door and we can show them exactly what the problem is and they can fix it straight away,’ he says.

‘As we’ve launched the site as a beta – so it’s in development still – there’s a lot of things that are going to be changing, a lot of upgrades. Inevitably there are bugs in the site, but they’re definitely being fixed as we go.’

While de Neef and most of the other editors have only been on board since February, the site has been in construction for around two years and it seems the hard work is paying off.

‘ABC managing director Mark Scott sent out a tweet the other day saying he loves the idea and that people should check it out,’ says de Neef.

‘Social media is mainly where a lot of the action has been, but certainly the feedback we’ve been getting is mostly positive, and a lot of feedback that hasn’t been positive has been constructive. We’ve been getting a lot of great tips from people that have been checking out the site and I think the vibe is very positive at the moment in the office,’ he says.

‘It’s been quite an awesome experience to be involved so far and if things continue to progress how they are then I think it’s going to be even more exciting as we go forward.’

Jessica Buccolieri is a Journalism Honours student at La Trobe University and a member of the upstart editorial team.  She is currently writing a thesis about the effects of social media on modern journalism. You can follow her on Twitter: @bjessa.