The Adani coal mine has been given the tick of approval 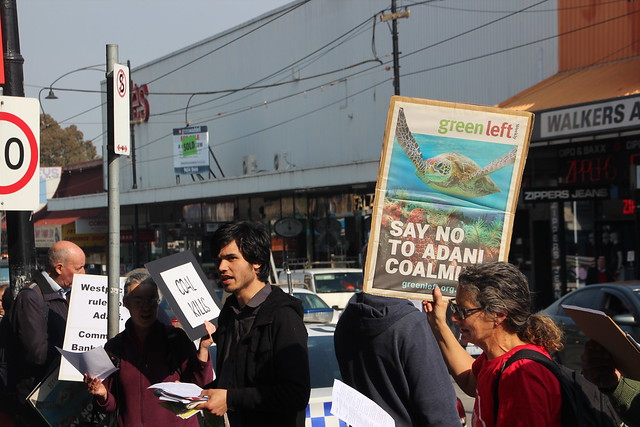 This morning the CSIRO gave their approval for the Adani coal mine to go ahead.

Environmental Minister, Melissa Price gave a statement to the media, saying she approves of the coal mine.

“I have accepted the scientific advice and therefore approved the groundwater management plans for the Carmichael coal mine,” she said.

This comes after days of pressure on the environmental minister to make a decision about Adani.

Yesterday there were media reports that the LNP senator James McGrath wanted Environmental Minister Melissa Price sacked if she didn’t finish the project. Price did not give her reassurance that the project would go ahead.

Many Queensland Liberal and National ministers wanted the coal mine to be given the tick of approval before the election is called.

The push for a decision on Adani has been attributed to a number of things, including creating thousands of jobs in Queensland and giving the Coalition a boost in the election. There are eight Coalition seats in Queensland that are held with a margin of less than 4 percent.

The last major hurdle is how the Adani mine will affect the water system. The Commonwealth Scientific and Industrial Research Organisation (CSIRO) are investigating Adani’s plan and if it is safe to go ahead.

The ABC, in an investigation in December 2018  found the CSIRO had issues with Adani’s water plan.

Their issues included the level of water that could be drawn down. Adani plan to drain billions of litres of groundwater each year. This could cause the spring to become permanently dry.

While many in Queensland support the project, it does not have the same support in the rest of Australia.

Many people think the government is taking the right steps to address climate change. In last week’s budget by Treasurer Josh Frydenberg, there were no official mentions of climate change.

Frydenberg appeared on ABC’s Q&A last night, he said that it is Ms Price’s decision and no pressure will be put on her.

The Green’s environmental spokeswoman Sarah Hanson-Young spoke to the ABC. She said the issue of Adani should have been resolved after the election.

“It is just madness for this minister to make any decision on this now. She is clearly not able to make it independently” she said.