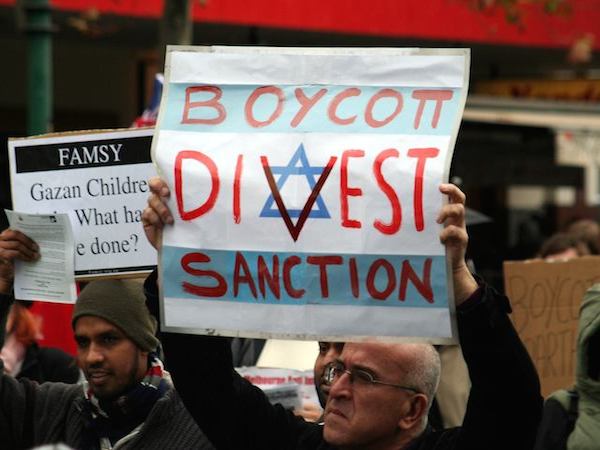 News of the Israeli-Palestinian conflict is everywhere, with thousands of people dead – a horrible message no-one wants to hear.

The message about which side is justified in their actions is difficult to untangle.

The media saga that led to Mike Carlton’s resignation is a web of actions that does not leave anyone dignified, but it does leave the unaffiliated reader confused in a circling game of ‘damned if you do, damned if you don’t’. Reaction to Carlton’s strongly worded piece published in the Sydney Morning Herald was not only from the strongly worded emails he received calling him an anti-semite. It became very public too.

Calls for boycotts sprung up everywhere: the Australian Jewish News asked readers to cancel their subscriptions to Fairfax papers. When Carlton resigned, Muslim readers responded by threatening to boycott the Sydney Morning Herald as well.

It was not a winnable situation for anyone involved.

But behind all this showboating, the aims of the various factions of people in boycotting a product remain an intriguing strategy.

It can either achieve much, or very little, depending on the circumstances of what the boycott is all about. The role of the boycott doesn’t always directly target of political groups, corporations, or countries. It can have indirect effects as well.

Focusing on the artistic world; earlier this year the Sydney Biennale had been forced to sever ties with sponsor Transfield after constant protests and boycotts from artists who did not agree with Transfield’s association to supply facilities to the Manus Island asylum seeker detention centre.

The event went ahead, and all the artists who boycotted took part in the exhibition. Ironically, however, the Australian Government, whose policies ensure offshore processing of refugees will continue indefinitely, funded most of the festival through the Australia Council.

The whole ordeal drew debate from politicians like Malcolm Turnbull, who suggested that artists were “ungrateful” and that similar action from artists would be “bad for art funding”.

Complex problems for artists arise when words get spouted like that from politicians. Some may say that this dirty money is an unavoidable evil for artists to obtain a living; some say to avoid it is the height of integrity. More often than not the act of boycotting does more harm than good and can affect the wrong targets.

What risks do boycotts entail – especially for those on a low income – when these actions could end with unintended consequences?

Sydney Biennale has come and gone, but debate of boycotts rolls on. James Crafti, coordinator of the Victorian College of the Arts Student Association (VCASA), recently issued a statement stating that the VCASA stands in solidarity with the Boycott, Divestments, and Sanctions Campaign (BDS) that sets out to “marginalise the apartheid state of Israel” through non-violent means.

The VCASA aim to take part in the Academic and Cultural Boycott of the BDS, encouraging actors and performers to not take part in collaborations with Israeli artistic institutions that have associations or funding from the Israeli government.

For Crafti, it is a humanitarian issue first, and an artistic one second; “One of the key ways that Israel tries to get around its genocide of the Palestinians is to try and normalise itself [and] to say it’s a democracy”

“The artistic boycott campaign is to say it’s a human rights abuse. Palestinian artists can’t go about their daily lives. They can’t present their art overseas. While that continues on, we ask for Australians to boycott and not perform in apartheid Israel.”

“I think artists have a responsibility – especially when the countries they are from are committing atrocities… the reality is that silence is complicity,” says Crafti.

A theatre group currently performing in Edinburgh is surely feeling that statement much more than other theatre groups right now.

Israel’s The Incubator Theatre was planning to perform their work, The City, as part of Edinburgh’s Fringe Festival. However, they were greeted with pro-Palestinian protesters asking festival goers to boycott the production as the Israeli Ministry of Culture provided partial funding.

The protests came to an aggressive head with a physical blockade at the theatre when the festival started. As the situation became untenable for the venue, it was agreed to cancel the theatre’s run after one performance.

In addition to this, several other Scottish artists and cultural figures signed an open letter deriding the performance.

When artists are shutting down other artists due to political reasons, we enter a strange sphere where the context of the performance is thrown out of the window. But amongst all this is the content of The City itself. It is a murder mystery production sung in hip-hop rhyme – hardly a politically charged statement of current affairs.

The staging of the play (or any artistic endeavour, really) should be warranted on artistic merit, rather than the where funding comes from.

In the age of easy information at our fingertips, audiences will become more closed minded in terms of artistic appreciation and less open to accept art before the first ticket is even sold, through no fault of the artist.

Philippe Perez is a second-year journalism student at La Trobe University and can be found pensivley thinkng away in the back row of a theatre audience. You can follow him on Twitter: @p_perez