An insight into the woman behind Melbourne act El Tee 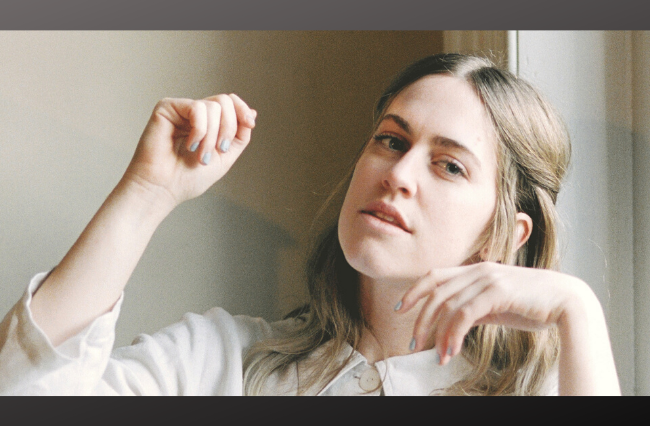 Lauren Tarver is El Tee, an indie-folk musician who came to make her place in the Melbourne music scene back in 2016 after starting her stage career in Paris, playing in post-punk goth band, Gomme.

After performing her El Tee sets all over Melbourne, Tarver recently launched her single How I Like It at the Gasometer in late 2019.

“Performance-wise, my launch was really great, the sound was good, it was our first real headline show,” she told upstart.

“And the crowd was there to watch El Tee. It’s really special when a crowd is really engaged”.

How I Like It tells Tarver’s story of learning what it is to really love someone and “forgetting about your needs and wants and desires”.

“When I sing that song, I’m visually back in that space. I’m back in that bedroom in Queensland and I’m outside, in the back yard, wearing the same clothes as when that person made that comment to me,” she said.

It was in France where Tarver would perform for the first time on stage with Gomme. It was here she’d also make her debut performance as El Tee at a house gig at her friends urging.

“I probably wouldn’t have done it if Betsy hadn’t suggested it or pushed me to do it. I really didn’t think anyone was interested in the songs I had to play,” she said.

“I used a lot of reverb on my vocals, that really helped calm the nerves”.

Not seeing any room for a woman in the hardcore punk scene she was interested in growing up, which she viewed as a “boy’s club”, Tarver was initially hesitant to pursue music. Eventually, she felt driven to perform and later find her voice as El Tee.

“Fear…the fear of not doing it being greater than the fear of doing it. I’ve wanted to sing and do music and play music for literally my entire life,” she said.

Through her music Tarver tells a story of the process of empowerment through self-realisation and gaining of self-worth.

“I’m really interested in the duality of being able to be really driven and energetic and forceful and in your face, but also being really intimate and soft and raw,” she said.

But as El Tee’s lyrics communicate an evolution of growth and self-love, Tarver’s musicality changed has also changed as she has got older. Listening to indie-folk music like Dirty Projectors and Neutral Milk Hotel prompted her shift from the hardcore and punk scene in France to her current indie compositions as El Tee and collaborations with Club Med.

“I liked using my voice, I used to not know how to use it and now I do”.

Very few musicians can financially support themselves solely through their music. Tarver makes coffee on the side to support herself and her career.

“Even if you’re at a level where you’re touring, like doing headline tours, even then other financial support is always needed,” she said.

“Now that I’m getting more into it and doing more shows and looking at it with a business perspective, yeah, it’s kind of depressing how little money you make from music”.

She is also doing a Master of Social Work at RMIT after completing an undergrad in Art Practice (fine arts) at UC Berkeley in 2013, grinding out work placements on top of gigging, recording, studying and working as a barista.

Still working hard to pursue her professional career and finding ways to pursue both her music and studies simultaneously, Tarver will never give up on her music, saying she would take a hiatus from social work if the opportunity to tour came her way.

“I do think that I need something a bit more to project me, some other kind of meaning in my life that also gives me an income and social work has been a good fit,” she said.

Focuses on playing more gigs and writing new music over the summer, Tarver’s already recorded an entire album, telling upstart that while she couldn’t make any promises, it would likely drop sometime mid-2020.

“We’ve recorded an entire album but I’m not rushing it because I want to do it right. And I’m really excited,” she said.

“Another thing I’m excited about is taking a new approach to writing and recording, having more of an involvement in production, or more of an intention with production”.

You can check out Tarver’s newest single How I Like It and the rest of her soulful beats anywhere you listen to music. You can find her online here.

Writer: Gianni Francis is first-year journalism student. You can follow him at @GianniFrancis6,