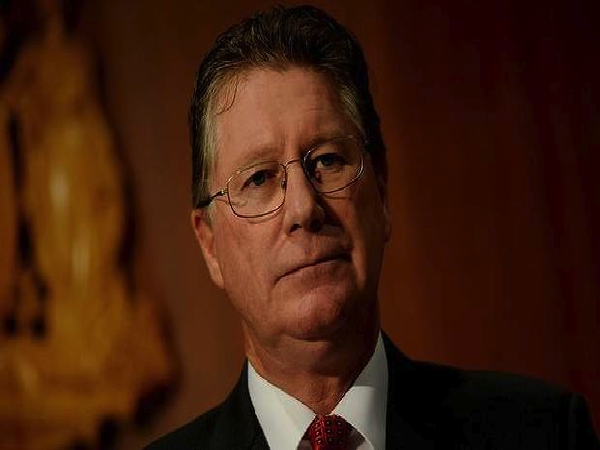 The Napthine government has made a multitude of promises about how Victoria will benefit from the 18 kilometre long East-West Link, so why are so many people opposed to its construction?

The purpose of the East-West Link (EWL) is to connect the Eastern Freeway to the Western Ring Road (and every freeway in between) because, according to Premier Napthine, this will “reduce chronic congestion issues and transform east west travel across Melbourne”.

The whole project is expected to cost 16 to 18 billion dollars, which would make it the most expensive road project in the country.

There is an abundance of arguments for and against the EWL floating around the public sphere — most of them specific to a certain community who will lose a bike track or sporting facility. This can make it difficult to fully grasp the issues surrounding the build, so we have summarised the main arguments here: 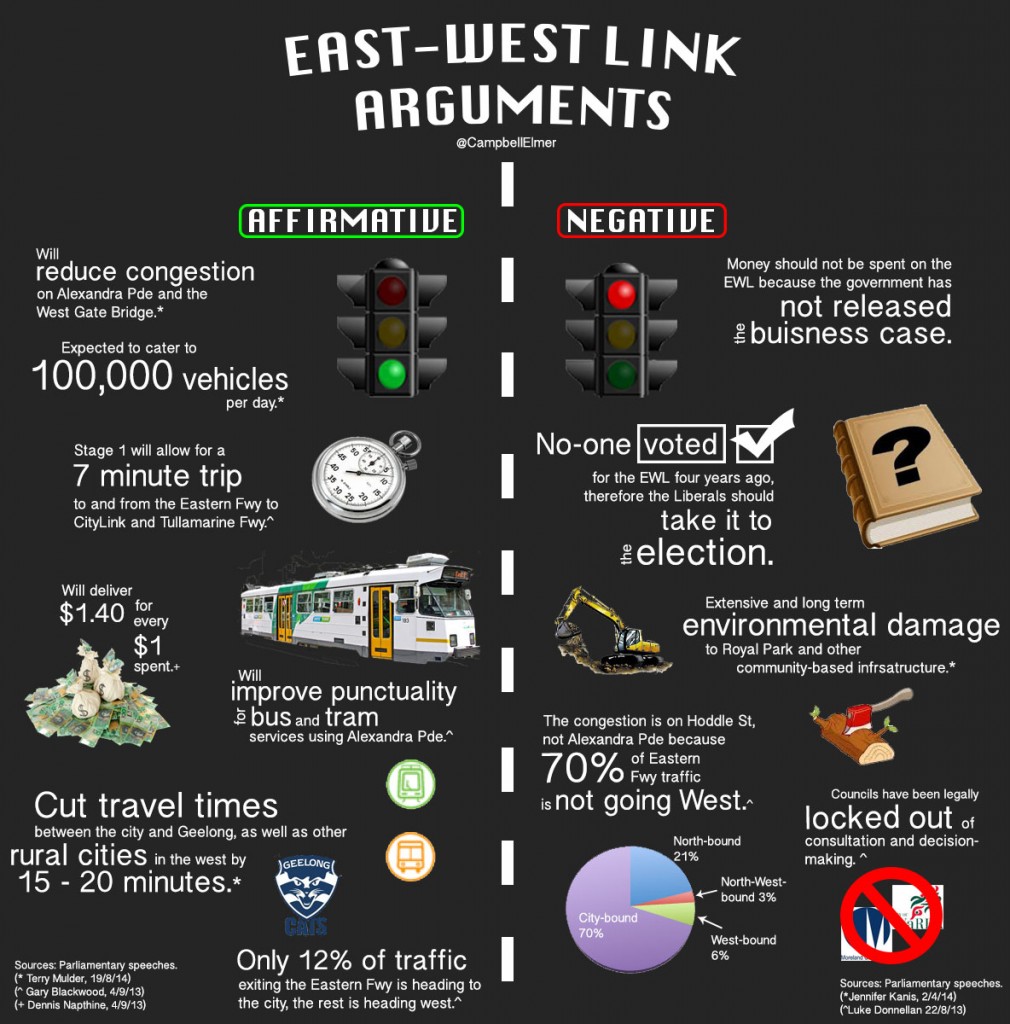 In summary, the alleged contribution to the Victorian economy and investment in future infrastructure is the basis for the argument to build the East-West Link. The massive expense, in combination with the huge amount of uncertainty, is the basis for opposition to it. These two arguments can be broken down to three main points; cost, necessity, and potential results.

As stated above, the EWL is expected to dig deep into the Victorian coffers, with Stage 1 (the tunnel connecting the Eastern Freeway to City Link and the Tullamarine Freeway) costing $1.3 million per metre. The fact that the freeway will be so immensely expensive to construct means it will divert funds from other sectors of Victorian society, such as health and education.

The Investment in Transport: East-West Link Needs Assessment (EWLNA) released back in 2008 (also known as the Eddington Report, which is no longer available online because it has been removed from the Department of Transport’s website for undisclosed reasons), acknowledged that Victoria was not in the financial position to independently fund the East-West Link alone, let alone additional transport infrastructure simultaneously.

The report reads: “The projects recommended by the EWLNA cannot be delivered without new sources of external finance (including debt) to fund the construction of the projects. Any budget funding will need to be supplemented by new revenue sources in order to repay this external finance.”

This means that the EWL would be a tollway. Early reports estimated the tolls for the whole extent of the road would cost motorists $360 million a year, with Stage 1 costing $4 for a one way trip.

Kenneth Davidson from the Age disputes this. He calculated that in order to get a return similar to that of an existing tollway, like City Link, drivers would have to pay $30 on Stage 1 alone – and that is only under the assumption at least 80,000 cars use the tunnel for 10 hours a day, which, as Davidson points out, seems very optimistic.

The Napthine government has promised that for every $1 spent on the EWL, $1.40 will be made.

The head of Infrastructure Australia Michael Deegan has said that the business case which the government is drawing this conclusion from also provides a possible cost benefit ratio of 0.8, meaning its possible only 80 cents of every dollar spent will return to the Victorian vault – therefore, the project has the chance to become a financial loss for the government.

Even if the government is right and the cost benefit ratio of 1.4 was to triumph, it still is not in line with Infrastructure Australia recommendations which say only major projects with a ratio more than 1.5 should be pursued.