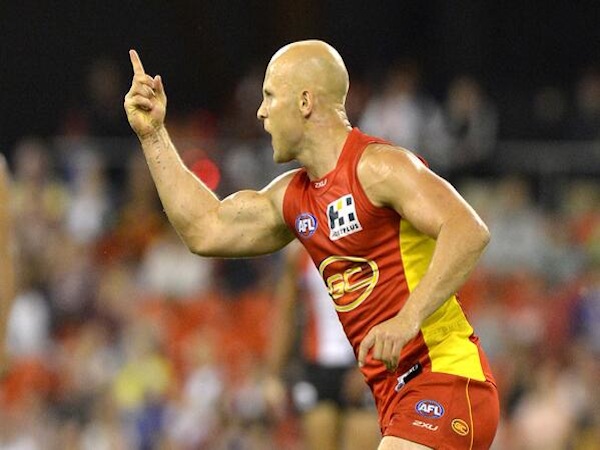 A thrilling one-point win for Carlton over the desperately unlucky North Melbourne has kept the Blues’ finals hopes alive.

Carlton led by as much as 35 points late into the third term, although, it almost produced its own version of the Kangaroos choke – conceding eight of the last ten goals to set up a climactic finish. However, Matthew Kreuzer stood tall, taking two crucial marks late in the match as the Blues held on to win by a solitary point.

The win took Carlton momentarily into the eight, however, with 50/50 contests against Gold Coast, Fremantle, Richmond, Essendon and Port Adelaide to finish the season, it could just give the Blues the momentum to push on for the last finals spot.

Gold Coast made a statement on Saturday evening, claiming its first ever victory over a side in the top eight, defeating the in-form Collingwood by seven points.

Inspired by their sensational captain Gary Ablett and the first-year star Jaegar O’Meara, the Suns outplayed their more fancied opponents from start to finish and thoroughly deserved the four points.

The victory was Gold Coast’s sixth of the season, a far more impressive return than in its opening two years of existence. The win, being against an AFL giant in Collingwood, also puts the Suns on the map in terms of teams to watch. Can they make the next step to finals in 2014?

Port repel St Kilda to remain in the eight

Port Adelaide withheld a fast-finishing St Kilda side to remain in the top eight for the time being, winning by just five points on Saturday night.

The Power had been knocked out of the eight after Carlton’s victory over North Melbourne just 24 hours previously. However, it looked as if they would immediately regain that position when they skipped along to a 47-point lead midway through the second term.

The Saints came to play in the second half, with Nick Dal Santo and Jack Steven starring in a five-goal to one third term. The Saints even hit the lead late in the match, only for a Dal Santo brain fade to cost his side a 50-metre penalty and ultimately a goal that would win Port Adelaide the match.

The Power now sits a game clear in eighth, but faces the Blues in what could prove a do-or-die finals showdown in the last round of the season.

For the majority of the season, Richmond has been somewhat of an enigma. They have found it easy to beat the sides below them, but they were brutally exposed against teams above them on the ladder. Not anymore.

An impressive 27-point victory over a decimated Fremantle side, got one more monkey off Damien Hardwick’s back. The Tigers played solid contested and zonal football, outthinking and outplaying their highly rated opponents.

Jack Riewoldt kicked four, while Trent Cotchin, Dustin Martin and Alex Rance also stood out as Richmond jumped above Collingwood to sixth and within a game of Fremantle in fifth.

Player of the Week – Gary Ablett

Much of the talk in the lead-up to round 17 surrounded who was the better player – Gary Ablett or Scott Pendlebury. On Saturday night, there was only one winner.

Ablett single-handedly dragged his Gold Coast side to victory, amassing an incredible 49 disposals as the Suns held on to win by seven points. Of Ablett’s 49 brilliant touches, 20 were contested, while he also accumulated 10 clearances, four rebounds, six inside 50s and kicked two goals.

He well and truly confirmed his spot as the best in the game right now with what could be described as the best individual performance of the season thus far.