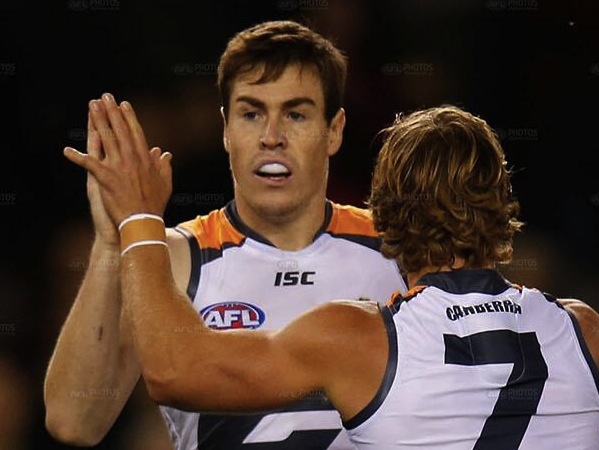 Richmond still has a long way to go

Richmond started the year full of positivity, but has now lost three in a row to slump to a 3-3 record.

The 44-point defeat to Geelong on Saturday night means Damien Hardwick’s men have failed to overcome any of their three big challenges – Collingwood, Fremantle and the Cats. Perhaps more tellingly for the Tiger faithful is the manner in which they have dropped all of them.

Against Collingwood they held a half-time lead only to be overrun in the second half, thanks largely to a bag of seven goals from Travis Cloke. They were sloppy defensively against Fremantle, allowing Hayden Ballantyne to snap a late goal to again lose from a winning position. Finally, against Geelong, they led by as much as four goals in the second quarter, but allowed the Cats’ onslaught of six unanswered majors to overwhelm them.

Richmond may be coming, but its defensive frailties mean they’re not here yet.

Is it contract talks that are weighing heavily on the mind of Lance Franklin? After recording just his second consecutive goalless performance in his 167-game career, many are beginning to question the effects of the ongoing contract saga – with poor performances reflective of Travis Cloke in 2012.

It came just days after Adelaide admitted to being interested in the 26-year-old, who is a free agent at the end of the season.

The 20-year-old booted four first-half goals to lead his side into the main break with a shock 21-point advantage over the unbeaten Bombers. It was a super half of football from the young Giants team, who showed heaps of promise despite omitting three experienced campaigners in Setanta O’hAilpin, Bret Thornton and Phil Davis prior to the match, as well as resting two of their best young midfielders in Lachie Plowman and Lachie Whitfield.

Essendon overpowered the youngsters in the second half, kicking 14 goals to five to win by 39 points, but the showing of GWS would have impressed Kevin Sheedy and his coaching staff.

Time running out for Voss

After a pre-season that offered so much potential and excitement, Brisbane’s start to 2013 has been arguably the most underwhelming of any club.

Two wins and four losses to start to the season, with unconvincing wins against Gold Coast and Melbourne, is not the opening Michael Voss would have envisaged after a NAB Cup campaign that left many touting the Lions as a genuine top-eight aspirant. Coming off a 60-point belting by Sydney, could Voss’s time be running out?

Into his fifth year of senior coaching at Brisbane, Voss is looking at a fourth consecutive year without finals football. Finishing sixth with a promising list when he took over the reigns in 2009, Voss’ Lions have gotten progressively worse ever since.

He challenged his side to be more physical against the Swans on Sunday. Instead, they responded with a humiliating seven-goal to one opening term. It certainly wasn’t the response Brisbane’s coach would have been after.

Player of the Week – Allen Christensen

Geelong’s speed and ball movement are prime reasons why they sit with an unblemished 6-0 record, and Allen Christensen is an integral part of that fast midfield.

Christensen tore the Tigers apart on Saturday night, racking up 28 disposals (18 contested) on the wide open spaces of the MCG.

The 21-year-old also finished with six clearances, six tackles and kicked three goals in a best afield display that helped Geelong’s midfield run over Richmond in a second-half blitz.