A national ban on animal testing for cosmetics is in the works. 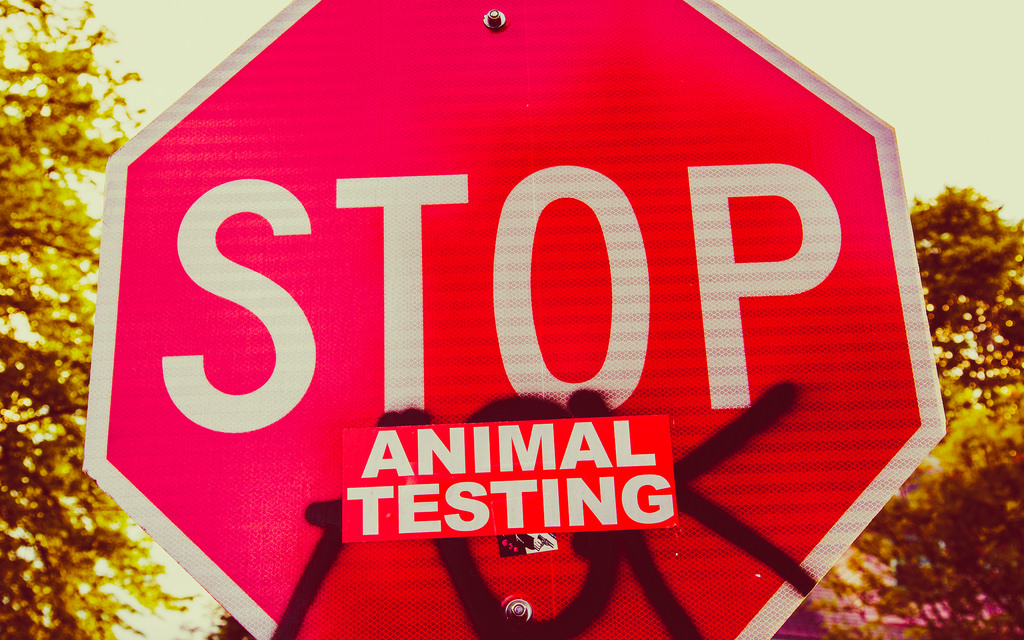 It’s been said that beauty is pain, but for millions of animals across Australia, it is torture.

In 2015, over 9.9 million animals were used in testing across Australia. Almost 63,000 of these animals – from mice, rats, guinea pigs and rabbits to cats, dogs, primates and native animals – underwent testing for the purpose of creating cosmetics.

According to Marketing Communications Manager of The Body Shop Australia, Jessica Styles, the suffering animals undergo for this testing is unnecessary, with minimal benefits to the people who use these cosmetic products.

The Body Shop have been fighting to end animal testing for 28 years. In 1989, they became the first global cosmetic company to actively campaign for the end of animal testing on makeup and skincare products.

“The Body Shop passionately believes that no animal should be harmed in the name of cosmetics and that animal testing on products and ingredients is outdated, cruel and unnecessary,” says Styles.

Today, the first thing you see when you enter the Body Shop’s website is a link with the option to sign their petition, accompanied by the hashtag ‘#ForeverAgainstAnimalTesting’. 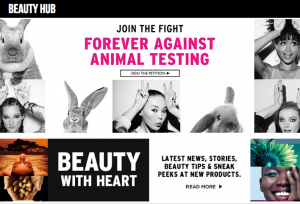 The petition, in conjunction with Cruelty Free International, is part of a campaign to end animal testing worldwide. In 2009, their campaigning resulted in a significant change, with the European Union banning cosmetics testing on animals.

In June this year, Australia made a move forward to ban animal testing on cosmetics. A bill was brought before the House of Representatives, which would result in a ban on testing industrial chemicals that were used entirely for the purpose of cosmetics.

The ban would commence in July 2018, but Styles believes more work needs to be done.

“The potential for animal testing is still a huge risk around the world, with over 80 percent of countries still having no laws against testing in cosmetics,” Styles says.

“We are calling on at least 8 million people from every corner of the globe who care about animal welfare to join our cause and sign our petition.”

With increasing bans on animal testing being enforced across the globe, more alternatives to testing are being developed. The Body Shop uses three main testing methods: in-silico analysis which uses pre-existing data based on similar materials; laboratory-produced skin cells, ‘Episkin’, which react the same way to chemicals as human skin; and patch testing on human volunteers.

Despite these effective, cruelty-free cosmetic testing methods, many cosmetic companies do still test on animals. Choose Cruelty Free was founded to help the conscious consumer seek out cruelty-free brands.

Founded over twenty years ago, the company creates up-to-date lists of cruelty-free products available in Australia for human use.

Hair and Makeup Artist for Choose Cruelty Free, Nicole Groch, believes that Australians should know how testing is used to create the products they purchase.

“We realised that there was a crucial need to have a trusted list of cosmetics, personal care and household cleaning brands that were truly and honestly not testing on animals in any stage of the development of their products for the Australian consumers to consult,” Groch tells upstart.

“We saw loopholes that [other lists] weren’t covering. Companies on our list can’t be owned by a parent company that test their other brands or products on animals.  There are many other loopholes that Choose Cruelty Free cover that other lists don’t,” she says.

The issue of parent companies is one The Body Shop knows all too well.

From 2006, until June 2017, The Body Shop was owned by parent company L’Oreal, once seen as an ‘eco-friendly’ brand. While The Body Shop remains committed to not testing on animals, L’Oreal tests their cosmetics. These differing values meant that while owned by L’Oreal, The Body Shop was not eligible to received certification from Choose Cruelty Free.

The Guardian revealed that L’Oreal had sold the company to Brazilian-owned cosmetic company Natura, after sales declined by 5 percent. Natura, as a cruely free parent company, paved the way for The Body Shop to receive a Cruelty Free International certification, a multi-national rendition of Australia’s Choose Cruelty Free.

“We are constantly approaching companies that are not yet on our list to invite them to apply for Cruelty Free Accreditation.  We find the small, independent companies  reply and are more than willing to apply to be on the list,” says Groch.

“Any company can apply for accreditation with us and we will list them if they are successful with the process. If a company wants to use our official logo on their packaging, this is one step further, and they become a Choose Cruelty Free Licensee,” she says.

Choose Cruelty Free are determined for the Australian Government to follow through with the ban of animal testing on chemicals used in cosmetic products. They also hope to see a ban on animal testing for all products sold in Australia.

“Our goal is to get the Australian Government to implement a total and thorough ban on the sale here in Australia of any product that has been tested on animals,” says Groch.

Jordyn Hoekstra is a second-year Bachelor of Communication and Media (Journalism) student at La Trobe University. Follow her on Twitter.