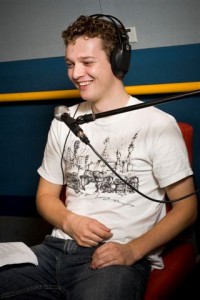 I must have been the only person in Melbourne that didn’t realise Lady Gaga was in town. Indeed it wasn’t until the reviews from her Rod Laver Arena shows started appearing online that I became aware of our city’s special guest.

In hindsight I probably should have picked up on the signs – the articles in the fashion pages of The Age, the tour poster splashed around the place or the tweets from Good Game’s Hex while at the Sydney leg of Gaga’s tour.

And quite the tour it is too, with Gaga playing 118 shows in 12 countries over a period of 10 months. Of course, being the extravagant performer that Lady Gaga is, ‘The Monster Ball Tour’ is not simply a series of concerts where Ms. Germanotta gets up and sings her songs. No, it’s the latest in a series of concert tours that sees the pop star in question shrouded in extravagant theatrics, multiple costume changes and more backup dancers than a prison yard rendition of MJ’s ‘Thriller’.

But, unfortunately for Ms. Gaga, turning a concert into a ‘pop electro opera’ isn’t going to change the fact that the majority of her songs are remarkably average. ‘Just Dance’ is still going to be a just another song about getting drunk at a nightclub regardless of whether her tour cost $100 or $100 million.

The division between musical content and intended extravagance is no more obvious than in Gaga’s latest cross-platform outing – the film clip for recent single ‘Telephone’. In the nine-minute video we see Gaga thrown into prison, leave prison, drive around with Beyonce, kill Beyonce’s boyfriend and, of course, participate in several obligatory group dance sessions.

We also see product placement at its very best, Gaga’s attempts to address the ‘hermaphrodite question’ and more than a couple efforts to revolutionise the fashion industry. I’m no Paul Poiret but I think I can safely say that sunglasses made of half-smoked cigarettes will not catch on as the next fashion trend.

According to Gaga the video for ‘Telephone’ is ‘groundbreaking because it has one foot in the art community and one foot in the commercial world’. While I can appreciate Ms. Germanotta’s attempts to self-promote I would probably go with something along the lines of ‘derivative because it feels like a cheap imitation of the works of Quentin Tarantino, Madonna and Michael Jackson’.

Also, I understand that Ms. Gaga has an aversion to keeping herself fully clothed but would it be possible to release at least one music video that doesn’t feature her removing her clothes? Don’t get me wrong, there’s nothing wrong with a bit of nudity, but getting naked in an attempt to make average electro-pop appeal to otherwise uninterested red-blooded males is a little patronising and more than a little shallow.

But I could almost forgive all of the aforementioned shortcomings if the video actually had anything to do with the song. Sure, I can understand that it was supposed to follow on from the video that accompanied ‘Paparazzi’ but that’s hardly justification for nine minutes of unrelated self-indulgence. On E! News earlier this month Lady Gaga explained the clip by saying she wanted to ‘take a decidedly pop song, which on the surface has quite a shallow meaning, and turn it into something deeper.’

Let’s be clear here, this is a song about the protagonist’s inclination to frequent noisy nightclubs and her resultant inability to effectively communicate with the person on the other end of the phone. That’s it. Case in point, the song’s first verse:

‘Hello, hello baby; you called, I can’t hear a thing
I have no service in this club you say, say
Wa-wa-what did you say?’

Bob Dylan eat your heart out.

But according to some, it’s not just the banality of Gaga’s lyrical content that we need to worry about. A couple of days ago American actor/musician Donny Osmond slammed the ‘Telephone’ video saying that ‘I wouldn’t want my child to watch this video’.

In a similar vein, a certain amount of controversy erupted last week when Gaga played at Sydney’s Entertainment Centre, her first Australian date in the ‘Monster Ball Tour’. According to news.com.au, parents who had taken their children to the show were appalled by Gaga’s language and the themes presented during the show. One particularly gutsy mother, Linda Fitzsimmons, was willing to attach her name to the following quote:

‘I couldn’t believe it. (My daughter) likes her songs and I’m ok with her listening to them. There’s no swearing in them and she’s too young to understand the hidden meaning. If I tried to take her to an MA15+ movie someone would stop me at the counter. Why not with concerts?’

In the interest of brevity I’ll only point out three fundamental flaws with your reasoning Ms Fitzsimmons:

And while we are on the subject of ticket prices, let’s give credit where credit’s due. Gaga donated all of the proceeds from her final show at the Radio City Music Hall in January to the Haiti Earthquake Appeal – an undoubtedly noble gesture and one that added around $500,000 to the relief effort.

But it got me thinking, if she is earning half a million dollars per show on a tour that includes 118 shows, then she must be doing fairly well for herself. That is, unless what she told The Sun was the truth – ‘Every dollar I earn goes on the show. Now we’re finally getting to a place where it’s not bankruptcy. I’ve gone bankrupt four times now’.

Call me naïve but what’s the point of being a world-famous pop star if you aren’t going to be disgustingly rich? Oh, of course, how could I forget. It’s all about the art…

Matt de Neef is upstart co-editor, and blogs at A Cursory Glance. where this piece was first posted.