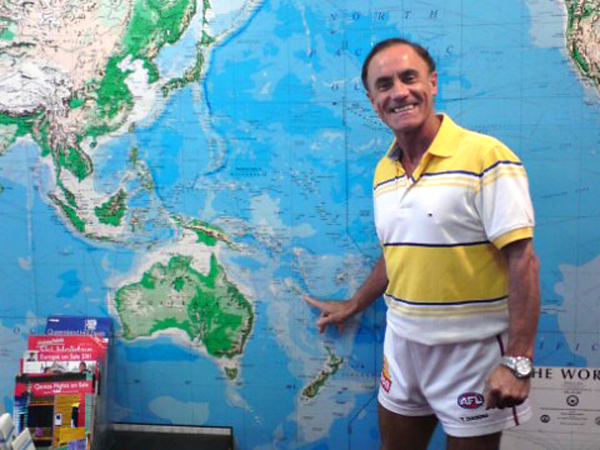 Most people would arrive home from a gym session or an afternoon jog feeling some sense of accomplishment about the five kilometres they’ve just run on the treadmill. But imagine coming home knowing you’ve just finished running your fourth lap around the world.

After being influenced by one of his teachers, 51 years ago, retired maths teacher, Garry Hollingsworth, has done exactly that. Each morning while people are sleeping, eating breakfast or heading to university, Hollingsworth is commencing his 16 kilometre jog from Riddells Creek to Sunbury.

With an endearing smile and a welcoming demeanour, the 66-year-old explains: “I am a happy, extroverted person who likes a ‘hands on’ effect”.

Having competed in numerous other diverse sports including football, golf, orienteering and swimming, it makes sense that Hollingsworth has always been busy and active throughout his life.

The thousands of kilometres that Hollingsworth has covered are impressive in their own right, however, there is another fascinating aspect to his morning ritual. 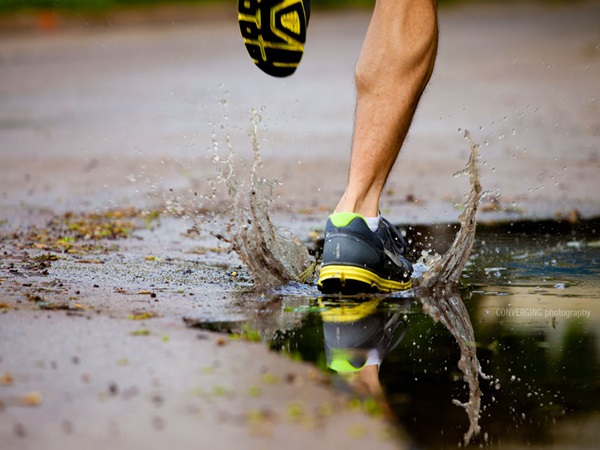 Sporting his vibrant Aussie tracksuit, it’s hard to miss him as he acknowledges every passing driver. Hollingsworth describes it as a “natural” instinct to wave at each person he passes on his morning run.

As a former maths teacher, it’s also natural to count them.

His simple actions don’t go unnoticed. To some he is known as the “smiley man”, to others he’s the man with “a lovely enthusiasm for life”.

A member of the local community mentions the positive effect Hollingsworth has on his children.

“My 12-year-old daughter likes to wind her window down so he can tell her what number wave she is for the day. He counts everything. We used to call him the smiley man, until we knew his name,” he says.

A testament to the affect Hollingsworth has had on the community, there’s even a Facebook page in his honour. “Waving to Mr Hollingsworth on Riddell Road Makes Me Smile” is a page created by community members who appreciate what a genuinely inspiring man he is.

Hollingsworth regularly posts on the page and his comments are never short of exclamation marks or smiley emoticons. One of the posts reads, “!!!!! Off to start on Lap 5 of Australia !!!!”.

Running isn’t Hollingsworth’s only claim to fame. Earlier this year he retired from Sunbury College after 41 years, making him the longest-serving Victorian government school teacher to have taught at a single school.

Since retiring from his teaching duties, Hollingsworth is looking forward to spending every valuable moment of extra time outdoors.

“I spend my free time going to the gym or walking around forest trails and I enjoy travelling on boat cruises,” he says.

He also plans to spend more time with his grandchildren, as well as perfecting his chess game.

His rare enthusiasm and love for teaching are the reasons why this inspiring runner had so many admiring members of the public – and a news crew — cheering him home as he completed his 3,000th run from Riddells Creek to Sunbury last week.

Not only is Hollingsworth a community icon, he is a model for maintaining good health and honest happiness.

One member of the Sunbury community sums it up perfectly: “Some days, when I see him on my way to work and after I give him a wave, it makes me smile and then I tend to think about how the little things in life can be so rewarding.”

Erin Lyons is a third year Bachelor of Journalism (Sport) student, at La Trobe University, and a staff writer for upstart. You can follow her on Twitter, @erinmaylyons.