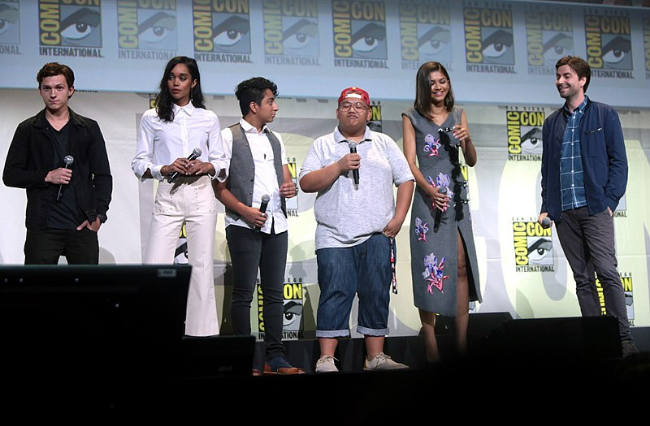 It was in April last year where I left the cinema and stood there contemplating the movie I had just seen, Avengers Endgame. Except it wasn’t a film, it was an event. A culmination of the last 11 years of Marvel movies had just concluded in a running time of three hours and two minutes. People were screaming, crying and laughing, more than any other movie I’ve been to. It became the conversation for the weeks and months that followed.

Since the Marvel Cinematic Universe (MCU) began, Marvel has become a pop culture phenomenon. It’s the most successful film franchise ever, having grossed over $22.5 billion, more than double the second best, Star Wars. Not to mention its significant impact on cinema and society. Just take Black Panther for example, that film broke norms and was a massive moment in film for African American representation and culture.

However, while the MCU is successful, there is one aspect that fans may be yet to consider: Do these films and characters have any impact on the actors playing them?

By being casted in a blockbuster Marvel movie, there is potential for an actor to be typecast in that sort of genre or to be overshadowed by their Marvel character.

However, Adam Ross, chairman of the Australian Film Critics Association and host of blog Adam’s Just Seen, says an actor’s work as a Marvel character should not hold them back.

“These characters now have become incredibly iconic. But I would argue that out of all of the leads in the Marvel Universe, most of them are having pretty good careers,” Ross told upstart.

“The actors are versatile enough to get past just those characters. So yeah, I don’t think anyone that’s been in a Marvel film has been stuck [to their role].”

Chris Evans, who played Captain America for nearly a decade, reflected on the role in a one-on-one video chat with fellow MCU actor Paul Rudd for Variety and described the impact of playing a character that is easily recognised by kids.

“What a strange thing, very undeserving in a way, you know? You’re just an actor,” he said.

“I met Hulk Hogan when I was younger and it was the best thing I’d ever seen in my life…but sometimes you meet people where you get your own identity tangled up with them in a way. You start to aspire to things and it’s motivating.”

Tom Holland who currently plays Spider-Man in the MCU, has gathered a huge following since this breakout role. Last year, Sony and Marvel had a falling out over the character of Spider-Man and Tom Holland caught himself in the middle of it. The public backlash was so immense that the production companies eventually came to a compromise, signing a new deal to keep him in the MCU.

Adam Ross believes Spider-Man does impact Holland in a way but says the actor hasn’t let it dominate his career.

“Tom Holland is in one of the number one films on Netflix at the moment with The Devil All The Time. An actors viability, in how versatile their career is going to be depending on the actor,” he said.

“He’s a fresh-faced, young action-star kid and he could do more movies like [Spider-Man], but obviously he wants to challenge himself.”

Ross says when looking at Tom Holland, it’s hard not to think of Spider-Man, but the actor’s versatility helps combat that.

“Watching [The Devil All The Time], I don’t think even for a second I was actually thinking about Spider-Man.”

“So yeah, someone like Holland, I think that they can transcend these Marvel characters that they’re playing.”

While the actors playing Marvel characters aren’t forced to stay in their roles, what can be said about the impact the actors have had on the characters?

It’s not just in the MCU films where characters’ play an important role. Marvel’s Avengers is a video game that was released this year that hasn’t been too well received. One issue people had since the first trailer released was that the characters didn’t look like their film counterparts. Ross points to Marvel’s casting ability to be the cause of this issue.

“[Since] they have cast these actors now in these iconic mantles they really are going to struggle to try to rebrand that character.  To have an Iron Man who is popular that is not Robert Downey Jr is going to be incredibly difficult,” he said.

Ross also says that in a non-moving medium such as a comic, this isn’t an issue, but for live action it becomes difficult to separate the character from the actor, using Captain America as an example.

“Now if you are going to have anything that is like live action, it has to look like Chris Evans, or people are not going to like it,” he said.

“I really do think that the actors have genuinely become synonymous with those characters now.”

Photo: Spider-Man Homecoming by Gage Skidmore available HERE and used under a Creative Commons Attribution. The image has not been modified.