The sharehouse has been immortalised by film, literature and the cultural memory. 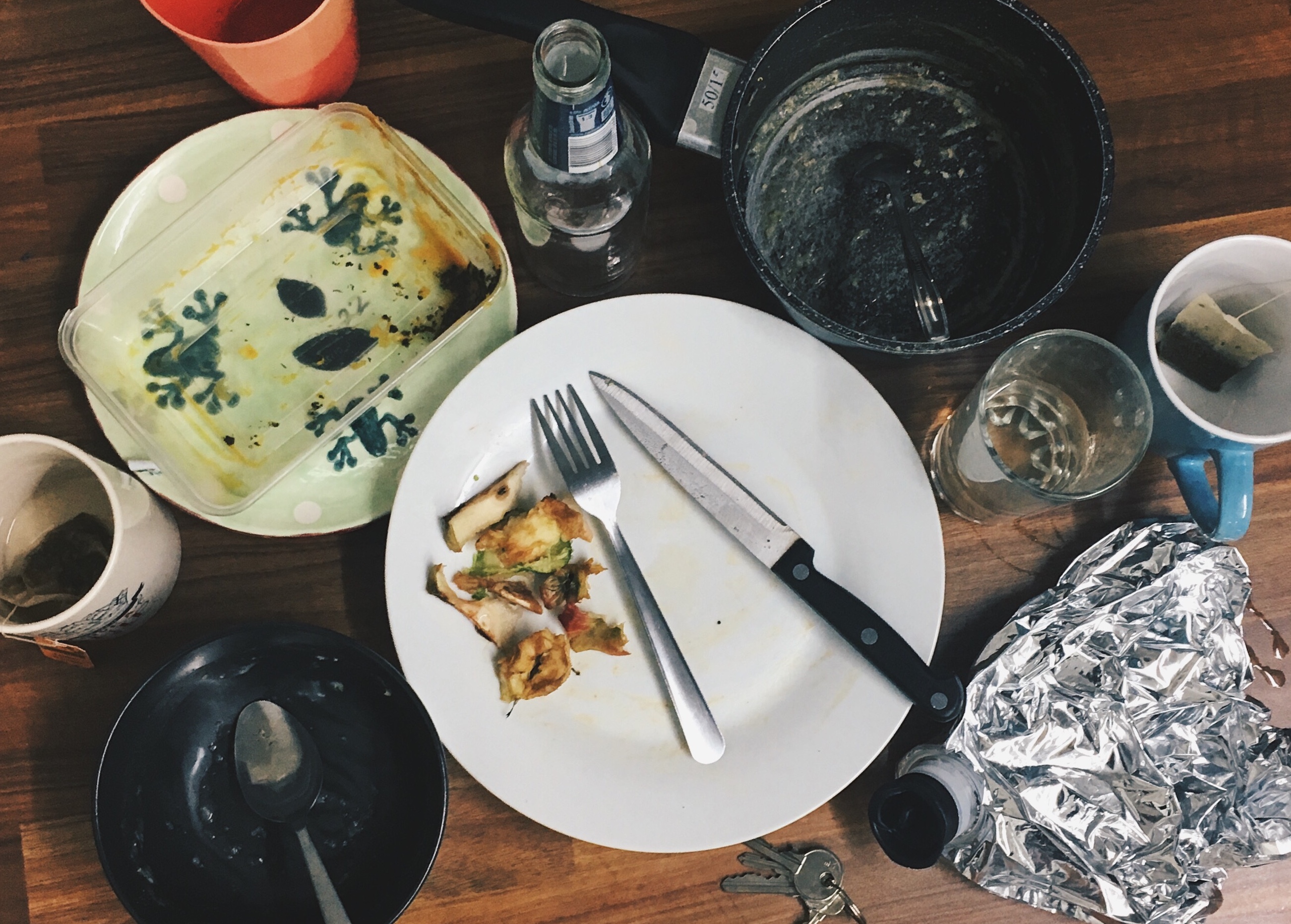 A pile of shoes sits at the door, while a stack of mismatched crockery balances precariously in the sink. Ash and empty bottles litter the dirt-encrusted carpet. The hum of overlapping routines fills the air.

The sharehouse setting, so familiar to many, has been immortalised in writing and on screen for decades.

The 2016 Census showed that only 5 percent of Melbourne’s houses are group households, and yet the communal living culture has fascinated generations of Australians.

Dr David Nichols, Senior Lecturer in Urban Planning at the University of Melbourne, said the rise of shared accommodation in Melbourne’s inner suburbs can be traced back to the 1950s, with the growth of universities.

“The extraordinary increase of students going to university meant a major change to character to the surrounding suburbs,” he told upstart.

“In the 1950s when universities expanded immensely…where do [students] live? They live in the colleges, they live at home and commute or they move in with their friends in nearby areas.”

Nichols believes that share housing is a rite of passage, particularly for young people.  It’s also the place where they get their first, heady taste of freedom.

“It’s a really longstanding tradition and I can only imagine knowing human nature, that people once they get out from under parental influence will often go a bit nuts,” he said.

One such depiction of youth going “a bit nuts” is Richard Lowenstein’s 1986 cult classic Dogs in Space.

The film provides a grungy snapshot of Melbourne during the late 1970s, when a post-punk counterculture was emerging. It centres on a chaotic share house at 18 Berry Street, Richmond, that is occupied by a group of young rebels.

Dogs in Space has a documentary-like aesthetic, largely because Lowenstein lived in that same Berry Street house and based his characters on real people.

The film features the late Michael Hutchence as Sam, an eccentric singer. His character is based on Sam Sejavka, an old housemate of Lowenstein’s who fronted the Melbourne punk group The Ears in the 1970s.

Lowenstein explained the vision for Dogs in Space in his 2009 documentary We’re Livin’ on Dog Food.

“The story is about a group of people in the house and visiting the house, and it’s really trying to capture all the different sub-groups and subcultures in the late 70s,” he said.

Nichols believes the film resonates with people across several generations because of Lowenstein’s “brave” decision to embrace stereotypes.

“He made it very much a household where people represented different types, different cultural groups,” he said.

“There’s the hippies, there’s the hardworking ethnic man in the front room (Luchio), there’s the punks and then there’s characters like Anna who has a decent job.

“It pretty much did sum up the time…I think that it was a really brave move that in the long term it has come to be appreciated a lot more than it originally was.”

Lowenstein went on to make another film about shared living, adapting John Birmingham’s autobiographical novel He Died with a Felafel in his Hand in 2001.

In the book, Birmingham chronicled his time living in 13 sharehouses across Australia, including houses in Carlton and Fitzroy. The non-linear collection of stories about his 89 housemates reflects the transient and dynamic nature of sharehouses.

Birmingham credited the book’s success to its use of archetypes and relatable situations.

“That book did really well just because people recognised their own stories,” he told The Queensland Times.

The semi-autobiographical novel follows Nora, a 33-year-old single mother who lives with her friends and lovers in various sharehouses during the 1970s.

Garner immortalised Melbourne’s inner-city suburbs in Australian literature with her realistic descriptions of the area, highlighting details of the landscape that might often go unnoticed.

Monkey Grip opens with the line, “In the old brown house on the corner, a mile from the middle of the city, we ate bacon every morning of our lives.”

That old brown house is located at 27 Falconer Street, North Fitzroy. The Edinburgh gardens, Fitzroy baths, and various streets are continually referenced throughout the novel, as Nora glides through the area on her bicycle.

One place that Nora visits in the text is Readings, an established bookshop in Carlton. Readings was once a hotspot for sharehouses seeking housemates.

The Readings staff say that the shop window was once filled with housemate advertisements. Now, the window is almost entirely bare. One suggested that an increase in student accommodation is responsible, while another said websites such as Flatmates and Gumtree would be the likely cause.

Despite online listings being more widely accessible than shop windows, Melbourne’s booming population has made the housing market extremely competitive.

Local sharehouse resident Paul Morland said that timing is crucial when it comes to finding a house.

“We went to at least one or two house inspections for about a month, almost two months and it took us until then until we finally got an offer. And when we finally did get an offer it was only because we were the only people who applied for the house,” he said.

“Mid-year would be a good time because most people would be settled into houses…so the competition is less fierce.”

He said that he may have to continue living in sharehouses in the future if rent prices don’t decrease.

“It’s not what I want to do but if I don’t see myself being in a financial situation where I am willing enough to pay for a place of my own then probably,” Morland said.

Melbourne’s rent has increased by 76 percent over the last decade, while wages have only increased by 37 percent, according to a report from Domain Group.

Nichols said that this has pushed older generations to adopt communal lifestyles.

“There’s older people that live in the inner city in share households as well just because they can’t afford to do anything else,” he said.

A 2016 report by Flatmates.com.au revealed an increase in the number of people looking for shared accommodation over the age of 40. The largest increase was the 60-64 age bracket, which rose by 43 percent in one year.

Melbourne’s most popular suburbs for shared accommodation are Fitzroy, Collingwood, East Melbourne, Albert Park and Carlton respectively, according to a 2017 study by Flatmates.com.au.

The Age reported that the most popular suburb for young people, however, is Richmond. It seems fitting that the suburbs which were all documented in Dogs in Space, Monkey Grip and He Died with a Felafel in His Hand remain popular areas for sharehouses.

While perhaps not as wild as some of Birmingham’s recollections, young people are still experiencing this rite of passage.

Media student Callum Missen moved into a sharehouse to save money and to live closer to university. He admits that while living with friends is great, it can have a negative impact on study.

“I lived with a few socialites who enjoyed goon and house parties, which I picked up much to the neglect of my grades.”

Morland was 20 when he first moved into a sharehouse with a group of college friends. He said living with friends is like being a family, but sometimes things can get a little crazy.

“I think my actions are more dependent on the actions of the people I live with. It’s sort of like a group mentality,” he said.

“When I lived in a house with eight people, three people who I lived with went to a gig one night. They came home and they were really excited and drunk and they thought it would be a good idea to tie pillows to their heads and put bike helmets on and run and smash their heads through the wall. We had a one metre by three metre hole in our wall for a few months.”

For this reason, Nichols believes that Dogs in Space, a film that captures the iconic sharehouse experience, will remain relevant to Australians, despite its opening scene being set 40 years ago.

“So many people respond to it because of the characters and the situations that in one sense you could do a remake – a 2018 remake – of the events and the characters in that film,” he said.

“It’s not necessarily of its time.”