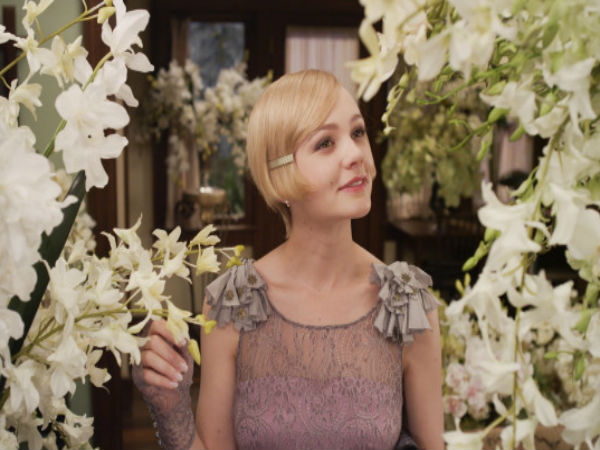 The latest adaptation of F. Scott Fitzgerald’s novel, The Great Gatsby was revealed to Australia yesterday.

Set in the summer of 1922 and told through the eyes of would-be writer, Nick Carraway (Toby Maguire), the film follows his brief, yet life-changing move to New York from the Midwest.

Renting a house in Long Island, across the bay from his cousin, Daisy (Carey Mulligan) and next door to multi-millionaire and mysterious socialite Jay Gatsby (Leonardo DiCaprio), Carraway is soon swept up by the excitement of the wealth surrounding him. What he finds, however, is that behind these illusions of fortune, romance and glamour lies deception, jealousy and a toxic self-interest.

Coming from someone who has never read The Great Gatsby or seen any of its previous film adaptations, in most parts, I enjoyed it.

As Jay Gatsby, Leonardo DiCaprio is in a role that suits him best. Though noticeably different to his character portrayals in films like Shutter Island and Inception – his leaps from cool, collected millionaire to unscrewed, unrealistic romantic still manages to evoke his charming yet vulnerable human elements that make him so enjoyable good to watch.

DiCaprio’s likeability isn’t surprising when considering that, according to Box Office Mojo, he has acted in four films grossing over US$100 million at the box office in the last three years alone.

Toby Maguire’s character, Nick Carraway is everything you want from the likeable, naive and somehow relatable narrator.  But much like his character’s forgotten birthday, the charm and extremities of the other characters often push him to the side.

Though Carey Mulligan does well at embodying the beautiful, fickle, idealism that is Daisy Buchanan, the character is toxic and almost unbearable to watch; much like her philandering husband Tom (Joel Edgerton).

Known for her ditzy roles in Bachelorette and Confessions of a Shopaholic, Isla Fisher proves a star in her comfort zone as Tom’s drink-happy mistress; demonstrating how you don’t need a big part to make a big impact.

Like the film itself, the soundtrack has been both acclaimed and criticised, but I’ll have to agree with fellow upstart-Gatsby examiner Erin Lyons on this one. As she says in her review of the soundtrack, this jazz-meets-pop-meets-hip-hop genre really does sit well with the film. Produced by Jay-Z, and featuring Beyoncé and Lana Del Rey as stand-outs amongst many, the soundtrack is sexy, sinister, and current. And it somehow manages to do all this while still fitting seamlessly into the 1920s ‘jazz age’.

In an interview with MTV, Luhrmann says that the soundtrack sprung from a desire to make audiences feel like they were hearing jazz for the first time, much like the characters in Fitzgerald’s novel were.

“When he wrote that book he was in the moment… how do you make it feel the way it felt to read it in 1925?”

“We had to find a way of making the jazz blend it between hip-hop and all kinds of popular music. We had to be Fitzgerald,” he said.

And even if the soundtrack does leave you slightly confused about the context of the era, the set designs certainly don’t. Regardless of how it is reviewed as a whole, there is no doubt that the film is visually stunning.

The landscape, furniture and costume designs provide great depth into the glamour and extravagant nature of the wealthy within that era. However, according to Martin, this was no accident but rather came from painstaking precision and research.

“I looked at a lot of early 20th century mansions on the north shore of Long Island for inspiration,” she told the Los Angeles Times.

“In the dining room of the Buchanan house, we had custom paper made from DeGournay. It was hand painted on silk dupioni and took three weeks to create.”

Luhrmann’s fingerprints were everywhere. Over-the-top in every way, the movie embodies everything good about his trademark features as a director.

From the addition of white sheets pointlessly hanging from the ceiling to dramatically blow in the wind, to butlers performing every task in perfect unison, there is a certain unrealistic charm that makes everything glamorous.

However, if you’re expecting the tragic love story that is his previous film, Moulin Rouge, think again. This isn’t it. Where the romance in films like Moulin Rouge is celebrated and unbreakable, in The Great Gatsby it is erratic and conditional.

From taboo romances to the mystery of Gatsby himself, there is enough intrigue to lure in the audience for most of the film.

Yet, while the sounds and visuals of the first act and the impending climax of the third had my eyes glued to the screen, there was a definite lull in between.

Don’t get me wrong, it was nowhere near as draining as the two hours and 45 minutes that is Luhrmann ‘s Australia, but once my mind was desensitised to the glamourous costumes and elaborate parties, the plot itself becomes harder to appreciate.

While proving a financial hit and already drawing in over US$200 million at the worldwide box office, The Great Gatsby has been met with mixed reviews.

The Rotten Tomatoes reports that of 217 reviews, only 50 per cent have been positive.

Given the vast spectrum of the film itself, it’s easy to see how opinions can be so divided.

All in all, The Great Gatsby is exuberant, glamourous and well acted; yet it’s not quite as great as its title proclaims.

Timothy Arendshorst is a third-year Bachelor of Journalism at the La Trobe University and is one of upstart’s staff writers. You can follow him on twitter: @TimArendshorst