Twenty-nine, E: the middle seat at the rear right side of the plane. I’m wedged between a morbidly obese woman, who’s jammed against the window, and a bloke with an undercut sitting idly on the aisle.

The man to my right wants nothing to do with anything but to stare blankly at the rugby league playing out on the six-inch TV screen carved into the headrest in front of him. It’ll cost him a $4.95 swipe of his credit card for the pleasure.

The gung-ho fat lady to my left chatters away and offers me lollies. ‘It’ll help the ears!’ she tells me, ‘it’s called equalising.’ Then she explains how she’s ‘fine with take-off but doesn’t like the landing part all that much.’

We plateau out and the captain turns the belt sign off. I call on the hostess for a drink. ‘Gin and tonic with a twist of lemon, please… and loads of ice!’ It will help pass the time, I decide, and it seems an appropriate complement to the ‘tequila-sunset’ sky outside.

I swig on my gin and grow relaxed. Then I gaze out through the porthole-like window beside me. I look down to the deep ocean that grows darker and more mysterious by the minute, and then up toward the blood-orange sun that will soon be swallowed up by the expanse of the great unknown al di sotto. I’m transfixed.

And with the booze coursing through my bloodstream, I begin to contemplate this flying business, a mode of travel I’ve now embraced, for better or worse, more than 52 times in my 26 years.

I’ve flown on the first flights out at five in the morning, and the late ‘red-eye’ on a Saturday night. I’ve flown the mid-morning, midday and mid-afternoon routes. I’ve exchanged arbitrary banter with freaks and snobs, punks and brats, motor heads, drunks, sports fanatics, addicts, feminists…

I’ve checked-in luggage. I’ve booked online. I’ve checked out chicks. I’ve beeped through body scanners and taken off my belt, my shoes, my socks and my hat as consequence. I’ve been patted down and felt up. I’ve been swabbed for explosives.

I’ve cried and stomped and argued con brio with flight staff about missing check-in by two and a half minutes. I’ve flown with Virgin Blue, Jetstar, Qantas, Tiger, Air Korea, British Airways, EasyJet, Ryanair and a bunch of Turkish airlines whose names escape me.

And I’ve waited… lollygagged… and waited some more.

As children, we dream about flying – of drifting through fluffy white clouds to fantastical, far away worlds like Peter Pan to Neverland. As adults we look upward to the heavens for protection, meaning and inner-strength. We marvel from time to time too, at that spirit of freedom so perfectly encapsulated by the flying V of migrating birds overhead. 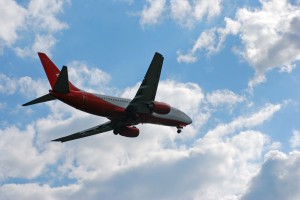 And yet, when it comes to our own time up there: it’s a drag. The great ride in the sky has become nothing more than a tiresome burden. It’s just moving from one place to another, and it aint so fun no more.

No longer do we have nice ladies boarding planes in their flowery frocks with hats to match – ‘Sunday best’ outfits otherwise reserved for church. Nor do we gentlemen wear our charming sharp suits with polished shoes. And gone too are the days of the revered pilot, with his crew of fly-girls that could steal hearts and captivate imaginations with but a wink and a packet of peanuts.

I suspect we’ve lost something, you see. And it’s got little to do with those pesky jihad extremists that rammed a couple of jets into some tall buildings a decade ago and sent the whole world hopping mad. No, I’m talking about words like ‘wonder’, ‘marvel’ and ‘awe’ – feelings that seem to have been sucked away into a dark vortex that is our pursuit of ‘information’; our march of ‘progress’; our craving to ‘have it now’.

A few days after that flight, I decide to get on the internet to hunt for some opinion on all of this. Soon enough I stumble across my old friend Jo Waugh who’s on Facebook ‘chat’.

Jo was a regular Melbourne to Hobart flyer for about four years or so. She grew up in the humble Tasmanian capital where her parents still make do, but had gone to university up here in Melbourne. She would often fly back to Hobart in the holidays to catch up with the family, and early last year, with her science degree in hand, she boarded a series of planes that took her over to South America, up to Canada, and across to London.

So what has she got to say then about this plane business? Have we really lost something? Or am I just a freak for nostalgia that needs to move on?

‘I suppose that back in the day, flying was so expensive and so [it] was a real adventure and amazing ‘cause you could get so far so quickly,’ she says. ‘But funny you ask,’ she adds. ‘I’m actually looking at organising to jump on the trans-Siberian or trans-Mongolian railway home to Australia next year from London…  I can almost not fly the whole way back!’ She’s keen on taking the time to do more ‘seeing’, and she might be on to something.

The news geeks over at Associated Press reported, back in 2004, that as part of further ‘belt-tightening’ measures, Irish budget airline Ryanair would be ripping the window blinds off its planes and bolting up the reclining seats. The headrest covers held in place with Velcro strips would be given the slip too, along with the seat pockets containing the plastic safety instructions inside.

Relax. ‘In the unlikely event of an emergency,’ (which with all this cost cutting, seems a hell of a lot more probable), the safety cards illustrating how to calmly strap on your oxygen mask (while your plane explodes, snaps in half and dives vertically toward the shark infested pacific at 800 kilometres an hour) will still be stitched to the back of the seat in front of you.

But that was ‘belt-tightening’ six years ago. We’ve progressed. Now we’ve got: leather upholstered seats (instead of felt) – because cowskin’s cheaper to clean; coin slots on toilet doors – ‘a pound for a piss’; and in the latest ploy, soon to be implemented by some budget airlines… the ‘stand-up option’ – a guaranteed cheaper alternative. This will also free up room for an extra 20-30 per cent more passengers, which might render current excess baggage charges suspicious if not redundant…

We can blame the budget Chinese airline Spring for this particular idea, but our Ryanair man Stephen McNamara reckons it’s a real humdinger too. ‘It would be vertical seating more akin to a stool and the person would still be strapped in,’ he said in a recent press release on the matter. ‘It is the latest in a series of cost-cutting measures at Ryanair.’

Bona-fide cost-cutting indeed. But as bizarre as this sounds, it joins a long list of other ideas put out there by airlines, designed to slash costs and bump up cash flow. Such as: the ‘fat tax’ – a levy aimed at passengers like the woman sitting next to me, who had struggled to squeeze between the armrests either side of her; the paperless ticket – soon to be muscled out by a ‘digital’ alternative (i.e. an SMS on your mobile phone); and  the ‘carry your luggage to the plane yourself’ option, a terrific idea for the old-timers!

So we’ve got less check-in luggage, meaning reduced turnaround times. We’ve got more services on offer, meaning a greater number of people that are able to fly. And when more people are flying, the higher the profits of the airlines are.

This is all part of the new style of flying, and the kind of general direction we seem quite comfortable in adapting to. Time and money – the ‘interests of the public’ – are all at stake. It’s 21st century capitalism, and we’re all in on the pie.

Now at the airport, I walk out of the rear door, down the stairs and across the tarmac. This kind of airport exposure was once reserved for rock stars and presidents. But there aren’t any limousines waiting at the bottom of the stairs for us laymen, just a 300-metre walk across the concrete in the rain.

I pace through the terminal and head for the exit. With just a small canvas sack draped over my shoulder and nothing to collect from the luggage carousel, I can be outside looking for my pickup in record time.

Old-style welcoming parties of friends, lovers, or relatives – that once waved and hooted like maniacs in anticipation – have become passé; lost in this moving feast of air travel. These days you count yourself lucky for a pickup at all.

And if you do get one, they’ll be too busy doing laps around the airport or parking illegally on the freeway exit, to wander inside for a greeting. This way they can roll on in to the ‘1 Minute Parking Bay’ dead out front when the time’s just right. Parking’s for squares. It’s a 60 second in-out affair these days, and no one likes a dispute with the traffic officers who staunchly enforce it.

‘Wonder’, ‘marvel’, and ‘awe’. We mightn’t understand how these enormous machines get off the ground and carry us, in all our ignorance and obesity, thousands of kilometres across land and sea. But what do we care? Flying is the quickest and cheapest way to get from here, to there. And perhaps that’s all that matters.

The view of that bleeding sky from my little 29E window with gin in hand had been a sobering experience though. Human ingenuity? Progress? I wasn’t so sure about those terms. Up there, against the power and beauty of that dusk backdrop… well… I felt kinda small. ‘Where are we going?’ I asked myself. And ‘what’s the rush?’ I wondered.

Alas, my pickup had arrived, as if on cue. No time for philosophy! She zoomed up to the curb and I climbed in, giving her a quick kiss ‘hello’ while throwing my bag toward the back seat. And in 12 seconds, with 48 to spare, we sped off into the warm Gold Coast darkness at a hundred and ten.