When an AFL head coach is sacked, it affects more than the coach, his assistants are left in the dark about their future. 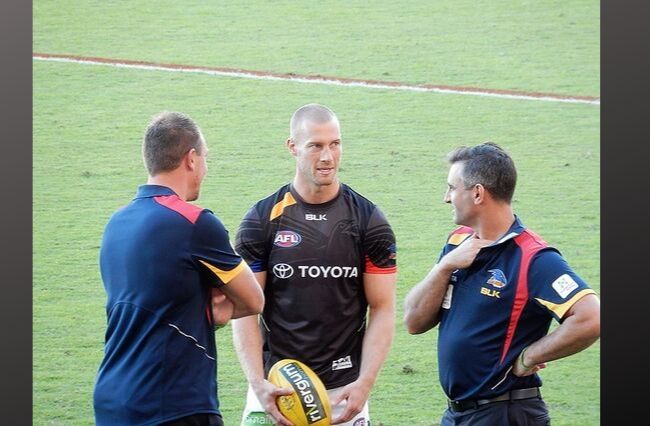 By the conclusion of the 2019 AFL season, three head coaches had been sacked and another would step down. This meant that 36 assistant coaches at four clubs are not guaranteed a job for the 2020 season.

David Loader, North Melbourne Development and VFL coach, says the impact the departure of head coach Brad Scott in May had on the football department was significant and on a number of levels. While the club and coach face the challenge of finding someone who can serve the team for the current season and those going forward, the jobs of many in the ranks below will be hanging on that decision.

“Everyone else that works in the coaching group then finds themselves in no-man’s land,” Loader told upstart. “Because until the head coach is appointed, they don’t know if they’re part of the plan going forward.”

“Everyone’s going to be really nervous about where they sit in the system and what skill-set they’ve got to offer and what the new coach is going to be like. I suppose the variables are massive,” he said.

Loader says its not until a head coach is appointed that assistant coaches are informed of their status for the next season. This is where the uncertainty arises, until that process begins, assistants are unsure of their future.

Once the plan and direction of the club is hashed out and decisions are made, assistants can be sacked even if they are contracted. This is because assistant coaches’ contracts include notice periods without cause. When a new coach comes in, they can be the first employees shown the door.

AFL player manager Alex McDonald states this is standard for assistant coaches now. If contracted assistants need to make way for new coaches, the club can do so.

“Most assistant coaches have got notice periods without cause. So that means there doesn’t have to be a reason to get rid of you, the club can just elect to change the staff profile,” he said.

Newly appointed North Melbourne head coach Rhys Shaw could bring in a selection of coaches to form his team, and the current Kangaroo’s assistants would no longer be required. Because of this situation occurring, McDonald says assistant coaches, like players, may start to look elsewhere and see what interest they gain from other clubs as a precaution.

“You’ve always got to have plan b, so you’re putting the net out there and seeing what else is out there,” he said.

Clubs that have poor seasons compared to their expectations may look to bring in new faces to change the direction for next season. McDonald says this happens when assistant coaches are out of contract, bringing new systems and beliefs to the club.

He used Geelong and head coach Chris Scott as an example of a team going down this road at the end of 2016. A fresh outlook was needed, so assistant coach Blake Caracella’s contract was not renewed.

This is occurring at Fremantle. The Age is reporting six of their assistant coaches are out of contract at the end of the 2019 season.

The Dockers will miss finals for the fourth straight season, which led to the sacking of head coach Ross Lyon.

Development coach Brent Guerra has been told his contract won’t be renewed. They haven’t informed the other five assistants if they are required for next season. The cut-off date for assistants to be told of their fates for the following season is August 1, but the direction of Fremantle and who is needed is still unknown.

The same situation occurred at Richmond at the end of the 2016 season when they missed finals for the first time since 2012. Five out of contract assistant coaches were shown the door, only head coach Damien Hardwick remained. The direction worked for Richmond, they won the 2017 premiership.

The perks of AFL for coaches are great, but some of the uncertainty they can experience, can be a blight on the job.

Photo: Scott Thompson and assistant coaches chat before the game by Michael Coghlan available HERE and used under a Creative Commons Attribution. The image has not been modified.