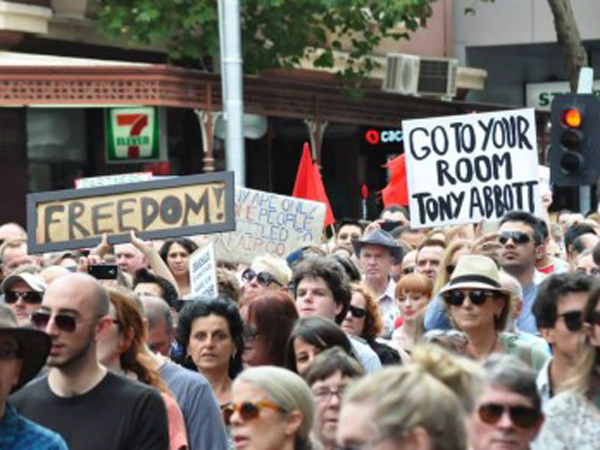 Just as they share Australian land, so then, should the freedom be equally shared.

Sarvenaz Almasi tells upstart of the disappointment her and her family faced when realising the freedom they so desperately sought after, was something that would never become reality.

Arriving on our shores, she was made to feel “hopeless” and “depressed”.

At the age of 20, Almasi was forced to flee Iran for speaking up about her entitlement to rights as a woman within her university.

She tells of her experience in running from persecution.

“Freedom was not an option for me, I didn’t know what it was,” she says.

Relocating to Jakarta in a desperate attempt to escape death still proved unsuccessful for Almasi and her family.

“People ask me why I didn’t apply for refuge in places like Pakistan or Turkey, but they don’t understand,” she says.

“Wherever you are, if you are wanted by the Iranian Government, especially for political activism, they can find you wherever – no matter where or who you are. I was running for my life.”

Almasi and her family hid for a month in Indonesia, until they had collected as much money as AUD$6,000 each to begin their journey to Australia. The cost of freedom was much larger than any monetary amount though.

“I was studying journalism at the best university in Iran, I had the best friends, I was happy. I just wanted to make a difference,” she reflects. 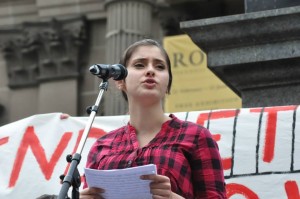 What they had paid for was a 12 hour ride in the back of a van, a 30 minute hike through the jungle and a 40 hour boat ride to Christmas Island.

Almasi would never put herself through that again, and strongly recommends that others don’t either.

“I will never encourage anyone to travel via boat to Australia, but it was my only option. It was hell,” she admits.

Midway throughout the journey, the Almasi family were approached by the Australian army and they thought their prayers had been answered.

Instead, they were towed to shore. The freedom that Sarvenaz Almasi and her family had dreamt about for so long, and paid such a large amount for, was short lived.

“The first detention centre we were in was the worst,” she says.

“We were shocked we had to go there. There were three or four restrooms for 200-300 people.”

Sarvenaz likens her experience in detention camps on Christmas Island to prison.

“In prison, you know how long you’ll be there. In an immigration detention, you have no idea. You have to wait. Where are the human rights in this situation?”

Every day was a waiting game. A waiting game for freedom. Due to the rumours and information provided to them by detention personnel, the waiting game proved to be nothing but a wait for bad news.

“Every day someone told us we would be deported. They never wanted to let us know how long we would be held in detention,” she says.

“I was in shock and depressed. Still, I am not sure how long it takes to remove the hurt and confusion from my mind. If I was to be returned to Iran, I would face hanging, stoning or raping. Of that I am certain.”

The constant threat of deportation stripped the legitimacy of their plea for refuge, and was emotionally exhausting.

“I was in shock the whole time during detention. I couldn’t eat, I couldn’t sleep. In Iran and Indonesia I thought I had many ideas about freedom, and the freedom in Australia,” Almasi says.

“Freedom, for refugees, for human rights, I was sure was in Australia.

“But when I was being treated like this I thought to myself, this isn’t freedom. This is not international human rights.”

Stories like this, spoken through the few brave enough to speak up, represent the truth being concealed concerning the majority. The ‘race for freedom’, for all people, shouldn’t be one impossible to win.

Sherydan Fitzgerald is a third-year Bachelor of Journalism student at La Trobe University, and co editor of Politics and Society at upstart. You can follow her on Twitter: @SherydanFitzger.