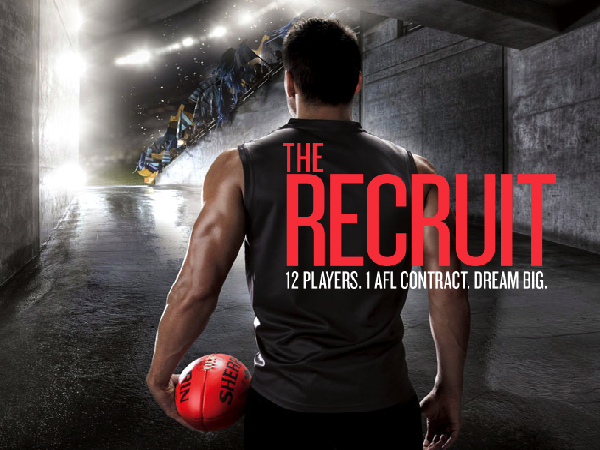 At the end of it all, only three clubs wanted the winner.

Johann Wagner, winner of the first series of Fox8’s TV show The Recruit, was easily the best candidate and had the show wrapped up half way through the nine week program.

He has game breaking pace, undoubted athleticism, decent skills, and genuine x-factor. But of all 18 AFL clubs only, three were committed to signing the player deemed best amateur footballer in the country.

A measly one sixth of the AFL’s major club recruiters thought Wagner was worth the shot even though he was the standout player on the show.

Only Gold Coast, Greater Western Sydney, and Port Adelaide were prepared to take the punt on the 23-year-old from Port Lincoln, and with the Suns and Giants the League’s youngest clubs desperate for some mature-aged talent, it’s fair to say recruiters are not confident he’ll make in the elite level.

It was a romantic end of the night for the dashing goal-kicker; he was signed to Port Adelaide after it was revealed he dreamed of playing for the club as a child. But why were they so keen to lure the speedster, given they’re playing off for a grand final berth this weekend, and 15 other AFL clubs weren’t?

They weren’t gambling on much either after The Recruit received permission from the AFL for one club to draft someone in September, without bending the rules a whole lot.

Wagner was signed to Port as a category B rookie which is essentially an extra spot on the club’s list. This selection is similar to an international rookie signing, where the player payments do not count under the salary cap and the club doesn’t have to risk a vital draft pick.

The AFL is simply just giving them an extra player.

Why then was every other club hesitant? Either they haven’t been paying enough attention to care about drafting Wagner, or they simply don’t think he’s worth the extra spot on their list.

Recently, Chris Moreland – third place in the show – revealed he’s spoken to three AFL clubs about being drafted as a rookie, whilst Irishman Padraig Lucey – fifth place – was announced as a recent signing to the Cats under the same rules as Wagner.

This is somewhat confusing as the club recruiters who featured in the episode, helping decide the winner between the three finalists, including Moreland, could easily have voted for him over Wagner as all the votes weren’t revealed.

In a broadcast sense, the show was a success with no other Australian Rules based program like it. To be able to guarantee a spot on and AFL club’s list is a tantalising reward for any weekend warrior, but ultimately success will be measured on how well each recruit tracks in the elite world.

If any contestant picked up by an AFL club plays one game at the top level, than the show will be a success from an AFL perspective, and every game after that is a bonus.

The Recruit will continue for a second season, but the success of Wagner, Lucey, and Moreland will have a bearing on whether clubs persist and if the show continues any further.

Even with the blessings of a highly credentialed staff featuring Michael Voss, Darren Burgess and Leigh Russell, the majority of AFL clubs don’t seem confident The Recruit has found an AFL player.