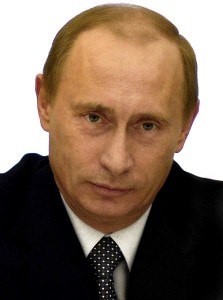 Source: US Department of Defense via Wikimedia Commons

It is all too easy for would-be analysts of global politics to oversimplify amazingly complex situations. It is impossible to avoid seeing multiple examples of respected intellectuals making the mistake of assuming singular causality and of viewing conflicts as dichotomous struggles between good and evil.

While the latter is clearly the result of modern philosophical movements like feminism and post-colonialism, where conflicts are represented as being between an oppressed margin and an oppressive centre, it is difficult to pinpoint exactly from whence the former draws its basis.

The imprisonment of Pussy Riot, and many far less publicised attacks on free expression in Russia, will not have come as a surprise to Russian viewers around the world.

Do they represent the final nail in the coffin of the Russophile optimism of the post-soviet era? Has Russia returned to the darkness of the Brezhnev era from the promising heights of glasnost and perestroika? If so, why?

Simply put, there are many answers and none of them are entirely satisfactory.

One could hardly call Putin a champion of economic liberty but neither is he the brutal authoritarian he is often accused of being. Putin was hand-picked by Boris Yeltsin as a successor with liberal reform in mind.

It is unfair to see his appointment as one of Yeltsin’s many blunders. For his faults Yeltsin was no fool and had, by this point, been off the drink for many years. His misjudgement was not of Putin’s character but of the political environment into which he would be thrown. Putin found himself facing the dual threat of the communist apparatchik and of unruly, corrupt or rebellious regional governors.

It was pragmatism, rather than power lust, that lead Putin to jail, harass and dominate the private entrepreneurs who were threatening the corrupt monopolies of the old establishment.

Had Putin continued the pursuit of liberal economic reform he would most likely have succumbed to the same crippling powerlessness that plagued the last years of both Yeltsin’s and Gorbachev’s presidencies. It is also worth noting that if men like Khodorkovsy had been running his businesses in Canada they would be jailed in an instant.

Interestingly, Russia is significantly more economically free than Argentina, where ‘Queen Christina’ has been appropriating masses of shares in private companies in order to interfere in their operations for political gain, making make Russia look good when it comes to corruption, coercion and economic authoritarianism.

It is also difficult to justify the commonly expressed view that political freedom is dying in Russia. It is undoubtedly true that demonstrators in Moscow and elsewhere have been subjected to violent censorship, but it is equally true that a higher number of anti-government protests occur without violence than ever before.

In fact, a higher proportion of protests passes by without incident than under any of Putin’s predecessors. Simply put, now is the best possible time to be an anti-government activists in Russia.

The arrest of Pussy Riot is an unfortunate reminder of the fact that, in spite of what has just been said, there is still a disconcerting amount of oppression in Russia. And matters are made worse by the cunning with which Putin chooses which of his critics to silence.

The Pussy Riot incident transpired precisely because Putin knew both that they were publicly acceptable targets, because the protest took place during a religious service, and that they were high profile enough to provide him with cover for his far more important crackdown on a number of dissident bloggers.

It is here that the greatest cause of concern can be found. Yeltsin and Gorbachev were both considerably tougher when dealing with protestors but not since the fall of the iron curtain has intellectual freedom been so broadly suppressed in Russia. Putin has no political competitors either in public or within the politburo and the control that he has of Russia appears only to be getting tighter.

But does this make Russia the number one geopolitical enemy of the United States? Doubtless Romney said this in the past for purely political reasons, but the fact that it is largely true is testament more to the safe times we are living in than to any malevolence on the part of the Russians. Never in human history has a colonist so willingly and peacefully ceded an empire in the way the Russians allowed the Soviet Union to be dismantled.

Russia almost certainly does involve itself in the politics of its neighbours but in many cases this is done through subsidisation of industry and is to that countries benefit. Uzbekistan would be famished if it weren’t for Russia, at a great cost, buying surplus cotton at inflated prices. Many of the people who would be affected by this famine are ethnic Russians.

We in the West must ask ourselves whether Russian unwillingness to watch their co-ethnics starve or to allow Georgian strongmen to annex their territory is more imperialistic than our attempts to co-opt many of Russia’s near neighbours, like the Ukraine, into NATO. Imagine how Americans would feel if Russia made diplomatic overtures to Mexico.

As so often in politics there is not one correct way to look at modern day Russia. It is undoubtedly a place with significantly less freedom and democracy than the USA but rather more than many countries in its developmental proximity.

Putin is guilty of heinous acts of suppression and brutality against his people but he has also fought against overwhelming opposition to liberalise the country he inherited. In politics, as perhaps in all walks of life, nothing is ever simple or unambiguous.

No doubt the Pussy Riot incident will lead many scholars, most of whom will be far more educated and intelligent than your humble contributor, to paint vivid pictures in black and white with Putin or America as the pantomime villains.

More than ever we must not lose sight of the incredibly complex and interesting reality of Russia’s continuing struggle into modernity.

Marcus Charlesworth is a Global Politics student at Carleton University in Canada.