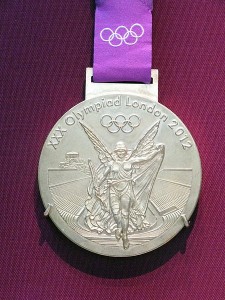 Collectively, Australia’s athletes endured significant criticism for their performances throughout the 2012 Games. With an abundance of silver medals and only seven gold, half of the haul from Beijing and the lowest tally since 1992, there has been an overwhelming sense of failure.

Expectations are always high for the green and gold. Australians are accustomed to punching above our weight and making a mark on the world stage. In London, we rarely landed a knockout punch.

On top of the sporting elements, it’s a costly exercise to send Olympians abroad. From the taxpayers’ perspective, the Olympics are an investment and many believe they didn’t get bang for their buck in Britain.

But when you look through loupe vision, there are traces of gold in our silver.

Many of Australia’s silver medalists are yet to reach their mid twenties, which suggests they’re yet to hit their athletic prime. While they were unable to earn the highest point of the podium on this occasion, experiencing the intensity of Olympic competition will be highly beneficial going forward.

Add the likes of 21-year-old swimming sensation James Magnussen, who was pipped by 0.01 of a second in the 100m freestyle final, and the makings of another golden generation are there to behold.

Assuming our young guns continue to develop on their existing elite talent, the Rio De Janeiro Games in 2016 could be an Aussie Olympic gold rush.

There is plenty of water to go under the bridge though. In the meantime, the golden moments of the past fortnight deserve recognition.

Prior to the start of London 2012, Sally Pearson carried the weight of Australian hopes on her shoulders. By the time the world 100m hurdles title-holder began her event, over one week into the Olympics, Australia’s lack of gold had added even more focus on the 25-year-old.

She handled the pressure with aplomb, edging out America’s Dawn Harper by 0.02 to break the Olympic record with a 12.35 second run. A humble champion with a big heart and great attitude, Pearson exemplifies everything you want in an Australian athlete.

Australia’s first gold medal came on day one of competition through the women’s 4x100m freestyle relay. Alicia Coutts, Cate Campbell, Brittany Elmslie and Melanie Schlanger stunningly broke the Olympic record with a time of 3:33.15, outlasting a late surge from Netherlands.

Alicia Coutts went on to win another three silver medals and one bronze, finishing equal second for individual medals across all countries. Only USA superstar Michael Phelps won more medals, with his four gold medals taking his career total to 22, confirming his status as an Olympic immortal.

Continuing the brilliance from our female athletes, Anna Meares won gold in the cycling sprint against Victoria Pendleton, her arch-rival from Great Britain.

Meares won the best-of-three format 2 – 0, yet it was hardly a comfortable victory.

Pendleton snared the first battle by just 0.001 of a second, only to have the all-important lead stripped after she was deemed to have illegally veered into Meares’ path.

Meares made the decision count, pulling away from Pendleton in the second contest to seal the deal.

Sailing was Australia’s major source of success. The 470, 49er and Laser classes were all dominant, with Matthew Belcher, Iain Jensen, Nathan Outteridge, Thomas Slingsby and Malcolm Page executing their roles to perfection.

Having defended his Beijing Olympic title, 40-year-old Page was named Australia’s flag bearer for the closing ceremony. It was a fitting honour and a great way to cap off his career, announcing his retirement at the conclusion of the London Games.

Australia’s other gold occurred in the men’s 1000m K4 section. Jacob Clear, Tate Smith, David Smith and Murray Stewart started well and notably powered away in the final stages to put a clear gap on Hungary and the Czech Republic.

Stepping away from the Aussie influence momentarily, the sheer brilliance of Jamaica’s Usain Bolt was as special as any Olympic display in history.

Being able to say that you witnessed Bolt defend all three of his Beijing titles – the 100m, 200m and 4x100m sprints – is certainly something to treasure. The fastest man in the world put on a show in London, with his charismatic personality and unmatchable pace thrilling the masses.

Great Britain’s Sir Chris Hoy was another to further strengthen his legacy.

By defending his 2008 Olympic Keirin title and being apart of Britain’s team sprint triumph, Hoy won his sixth gold medal, becoming the most successful Olympic cyclist of all-time.

While Australia was largely overshadowed and rarely reached the lofty standards set in London, the age bracket of our medalists, particularly silver medalists, provides light at the end of the tunnel.