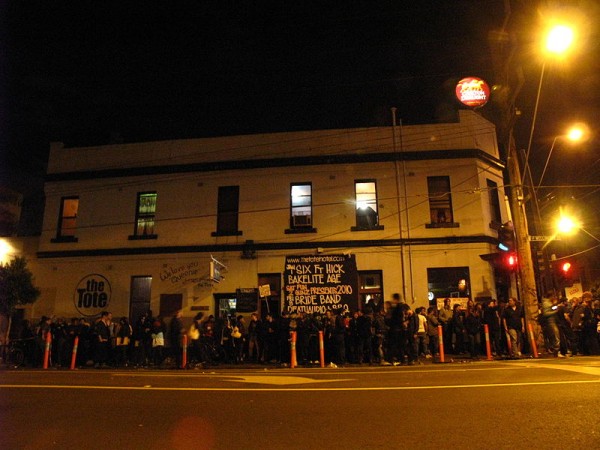 In May, Melbourne’s Palace Theatre shut its doors for the last time. Formerly known as the Metro nightclub, the Palace played host to big names like Nick Cave, James Brown, and the Arctic Monkeys.

Now boarded up and lying dormant on Bourke Street, it’s only one of many venues for live music in Victoria’s capital that have fallen victim to gentrification in recent times. Alcohol drenched floors and walls dripping with nostalgia are being exchanged for high rise apartments; 3am musings of local musicians becoming memories of a time now past.

It’s difficult to refrain from stressing how important the role of live music plays in the development of a city. Music is not only a display of emotion and talent – it’s an exhibition of culture. It’s evident in songs across the decades – think Crowded House’s ‘Four Seasons In One Day’ and Skyhooks’ ‘Carlton (Lygon Street Limbo)’. In a city as rich in culture as Melbourne – the live music capital of Australia – the restriction of live music seems ill-conceived.

It’s been a constant three-way struggle between pub owners, property developers and the State Government. 2010 saw the closure of infamous Collingwood institute The Tote, and as a result more than 4,000 angry residents and music enthusiasts took to the streets. SLAM (Save Live Australia’s Music) was established and a rally held, drawing crowds of between 10,000 and 20,000 respectively. The overwhelming amount of support soon saw The Tote re-open. 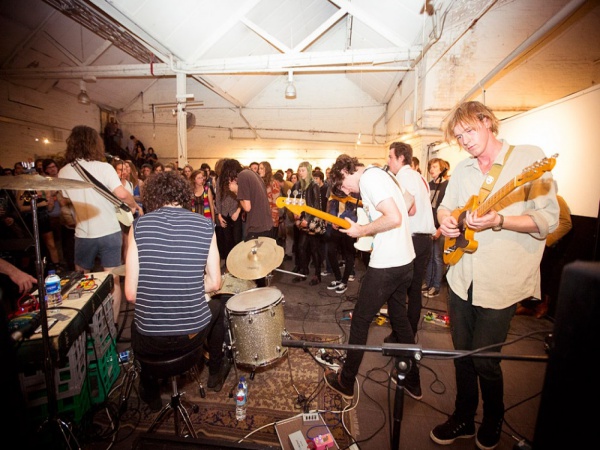 Local acts seeking to make a living with their music are affected majorly, bearing the brunt of this battle. Garage rockers Magic Bones have seen it all, having said farewell to a few of their favourite residences along the way.

“It was [in] 2010 when we first got together and started jamming,” says guitarist Michael Hales.

“It was right at the same time The Tote’s existence was being threatened. We all went to that final rally on the street the day The Tote closed and although we hadn’t even played our first show by then, that whole event, the lead-up to the live music rally in the city and the subsequent re-opening really drove us to kick this band off, get out there and start playing shows. The fact that there seemed to be this burden on live music and loud rock n’ roll at the time just made us want to play rock n’ roll even more.”

There is also an evident fondness for one of Melbourne’s seediest and most missed bars, Pony, which shut its doors in 2012.

“That was our favourite venue in Melbourne,” says Hales.

“The booker at that time was the first person in Melbourne to really notice us, support and help us out with our first ever shows – we had our first single launch there. He constantly suggested us as a support for other bands and even got us playing the infamous, coveted 2am slot a number of times.”

“If anything that overall pressure [the closure of venues] has always motivated to us more to play our music, to play more shows and push our band as far as it can go, to reach an audience that might not even be interested in listening.”

With news of new reform laws due for approval by the State Government, that pressure may soon be non-existent. In a report from The Age, the laws entail that “new developments, particularly those within 50 metres of a live music venue, will be responsible for noise mitigation”. This would mean that, finally, pubs and clubs will get to say ‘we were here first’.

Although it may be too late for some, this news makes the future of music in Melbourne look promising. There’s no doubt that whatever the outcome, the public will fight to salvage the city’s slowly diminishing scene. Bands will pump out tunes, venues will keep beer flowing, and punters will stumble out into the natural light at 7am accordingly.

Meaghan Weiley is an avid music fan and second-year journalism student at La Trobe University. You can follow her on Twitter: @meaghanweiley