A strange August in sports with the NBA Playoffs underway 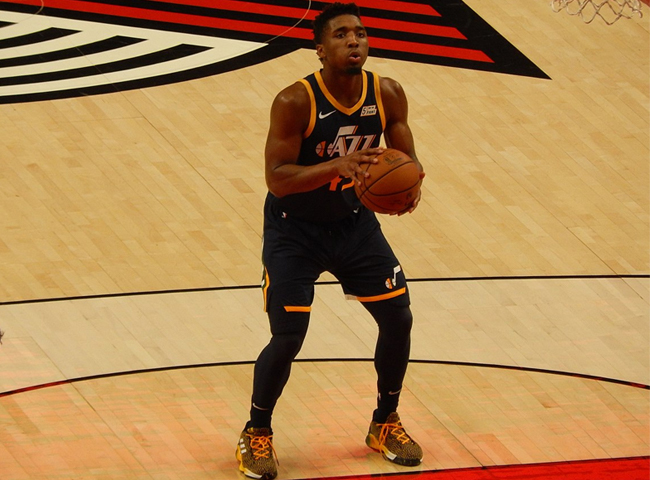 The NBA Playoffs kicked off today with points flying on the board as the Nuggets, Raptors, Celtics and Clippers got the series lead.

The Playoffs were originally scheduled for 18 April but had to be delayed due to Covid-19 concerns.

The league worked out the Bubble, where all teams stay and play in the Disney Orlando resort. This takes the field home advantage out of the playoffs. It will be the first time they play without fans present.

The night kicked off with the Denver Nuggets vs Utah Jazz game that went into overtime. Donovan Mitchell had a stellar performance scoring 57 points, which ranks first in single-game playoff  team history and third-most in NBA post-season history. He is only behind Michael Jordan and Elgin Baylor. Despite the historic drive of the Jazz player, they came short of the win.

The second game saw a matchup between the Toronto Raptors, the defending champions, and the Brooklyn Nets. The Raptors led by 33 at the end of the first half, yet the Nets fought back cutting it to only nine points by the end of the third quarter. They ultimately couldn’t complete the comeback and the Raptors go 1-0 on the series. Fred VanFleet led the scoreboard for Toronto with 30 points. On the Brooklyn side, Timothé Luwawu-Cabarro led his team with 26.

Next on the court was an Eastern Conference matchup between the Boston Celtics and the Philadelphia 76ers. The Celtics obtained the victory in a neck to neck game. The 76ers missed injured Ben Simmons, and Joel Embiid couldn’t come up big. He still scored 26 points to lead the team. Jayson Tatum put 32 on the board for Boston leading his team.

To end day one Los Angeles Clippers took on the Dallas Mavericks. This is the first playoff apperance of the Mavericks since 2016. Kristaps Porzingis was ejected after his second techincal foul on a debated call and turned the game around probably costing Dallas the game. The call drew responses on Twitter from players around the league.

…you can’t eject him Kristaps for that. Protecting the Mavs best player. That’s bad.

Luka Doncic lead the scoreboard for the Mavericks with 42 points, unfortunately it wasn’t enough to get the victory.  Kawhi Leonard and Paul George split 56 points between the two of them for the Clippers.

The playoffs round one continues tomorrow with the following matchups.

Photo:  Donovan Mitchell #45 of the Utah Jazz against the Portland Trail Blazers on October 7, 2018 at Moda Center in Portland, Oregon. by Frenchieinportland available HERE and used under a Creative Commons Attribution. The image has been modified.