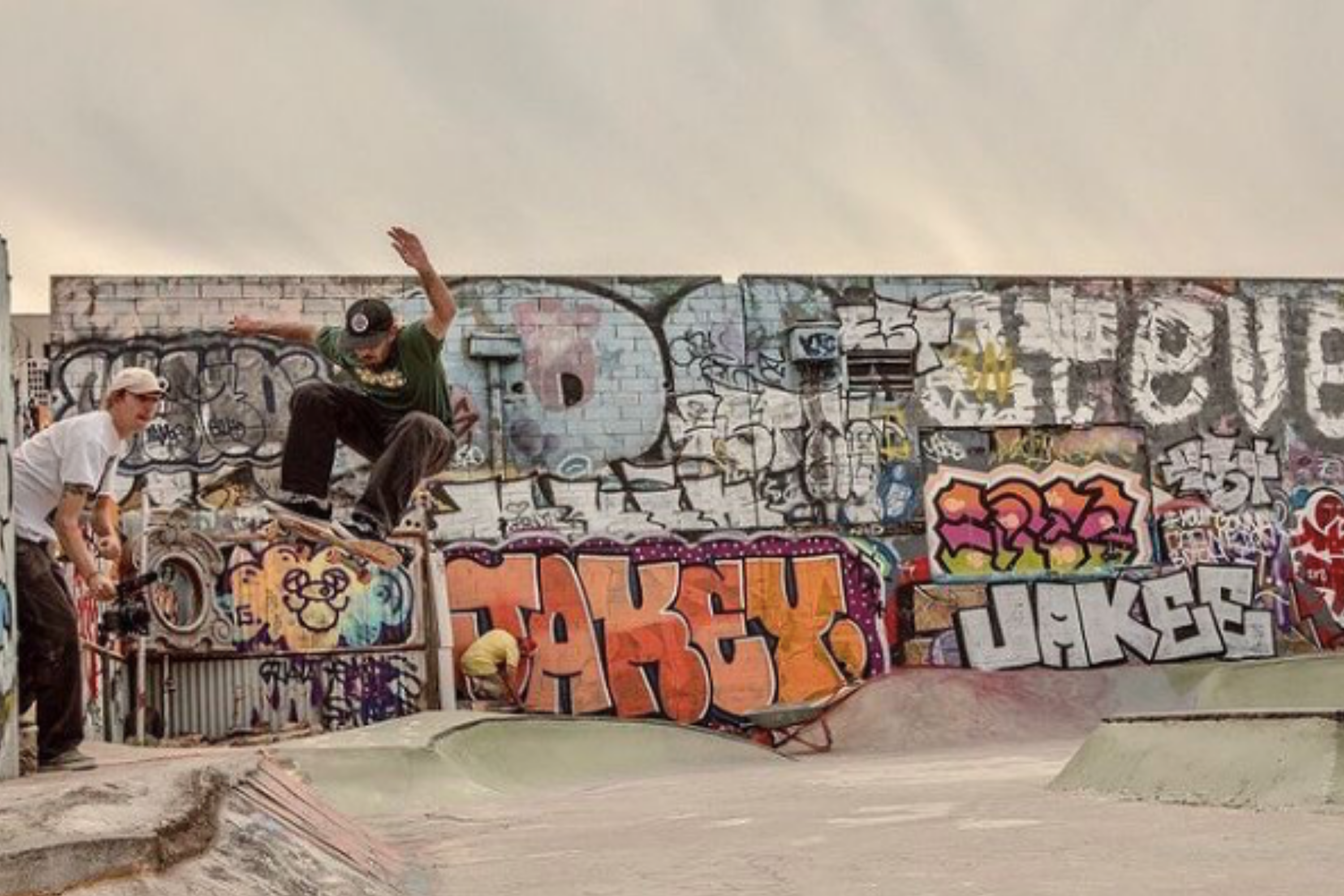 Fresh slabs of concrete covered in graffiti, a few piles of rubble and some stray couches; the furnishing of The Tannery DIY skatepark. Situated on a vacant lot in Preston, this concrete site is much more than just a previously abandoned block. It is home to a community.

Over the last 10 years or so, number 3 Newman Street has been a builder’s nightmare. The block is situated on contaminated land from its days as a functioning tannery throughout the 20th century, which means it must first be decontaminated before being built upon.

However, over the last month news has reached the streets that The Tannery’s story will come to an end. The land has been bought by a big company and they plan to build apartments. The agent who sold the land confirmed this over the phone to upstart.

For over a decade word on the street was that no one would be building on it anytime soon, so skaters made their claim and the vacant lot became known as one of Australia’s best DIY skateparks. Around 2013 a group who called themselves UNO, began making their own ramps for the site. They made these by hand with concrete bought from their own pockets.

They’ve since left the scene and a lot has happened from that time until now, but The Tannery has only grown. Sam Bernardelle is now the man behind the job. Along with a group of mates the skater and builder by trade have been adding new features to the park.

His friends first brought him to The Tannery when he was 17, but it was another 10 years until he made his way back to it, like many who have drifted in and out of the vacant lot story. But for Bernardelle, it isn’t the skating that draws him there.

“Funnily enough I actually don’t enjoy skating there that much. I find it really hard. Everything’s so gnarly,” he tells upstart. “One of the guys there was giving me sh-t that every time he came down for a skate I’d just be working there. And he was just like ‘man you’ve gotta enjoy what you build.’ But I kind of build it for other people to enjoy.”

The community Bernardelle has found himself in is what brings him back. The local crew are a mixed crowd. Some of the guys are in their 40s with kids and others are in their 20s or younger, he says. There are also a few women who get on the tools and have a skate.

One of the female skaters, Manny, is a regular helping hand. The excitement on her face when she achieves something new is what drives Bernardelle to build. He talks of The Tannery as being a place where those who don’t always fit can come and feel at home.

Bernardelle says one of the original builders came back one day and was amazed by what people had done with the park. And another time, Pro Skater Kieran Wooley visited when he was down from Queensland.

Wooley skated over what they had built in ways Bernardelle hadn’t imagined anyone would do. Inspired, Bernardelle came back the next day and built more additions to the park.

However, despite drawing attention from skaters around the country, The Tannery is not just a skatepark. Melbourne band Polite Skeleton have hosted multiple gigs there since the first Victorian lockdown. These gigs are always free and for all ages, which this venue allows them to do. 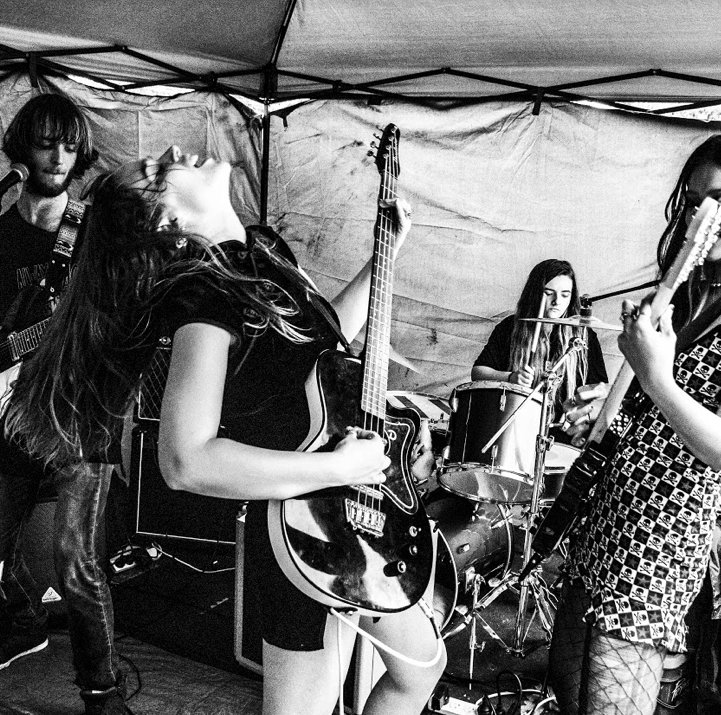 Their second gig was met with a downpour of rain, but this didn’t stop the vacant lot community. The band brought together all the equipment, along with tarps and tents to keep the instruments dry. Some of the skaters brought brooms and tried to sweep away the rain and the crowd kept dancing, giving Cowley’s little sister her first crowd-surf experience.

“It showed the community can come together and create something in very different ways,” Cowley says. “Playing there as well as a DIY gig was just the epidemy of community.”

Spaces like these have admirers beyond the local community. Professor in urban planning at Melbourne University, David Nichols, says sites like The Tannery have existed all throughout history.

“One of the reasons that the culture of cities remains vibrant is that people will gravitate to possibilities in the urban fabric that aren’t necessarily all about building things and selling things,” he tells upstart. “What’s the point of living in a city if you can’t assemble in a community of interests and be creative and celebrate your interests and your passions?”

Sadly, The Tannery must go, and the city will continue being built. Polite Skeletons were planning a final gig and last hoorah for the vacant lot, but it has been postponed due to another lockdown.

The concrete, graffiti and couches will be built upon soon, maybe without a proper farewell. But the vacant lot community knew this time would come one day and making something from nothing is what brought them together in the first place.

Photo: By Daniel Luxford is available HERE and is used under a creative commons license, no modifications have been made.