In the wake of the 'Black Lives Matter' protests in the US, Australians take a stand in Sydney 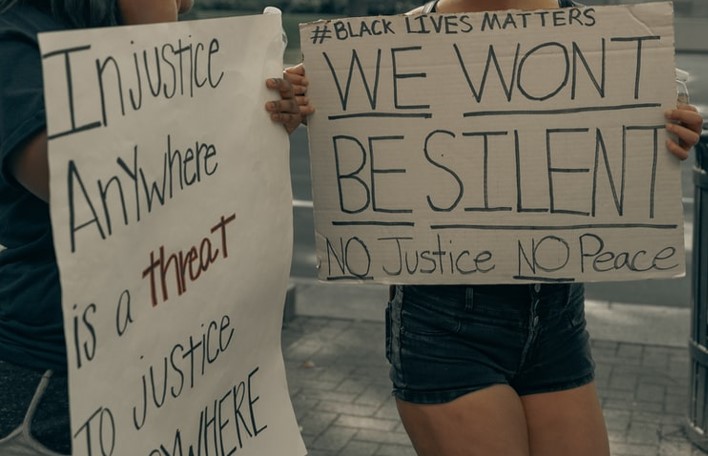 Over 3,000 protesters marched through the Sydney CBD last night, as protests against police brutality reached Australia.

In the wake of the ‘Black Lives Matter’ protests taking place in the United States after the death of George Floyd, protesters in Sydney gathered in solidarity against the injustices towards Indigenous Australians. The protest came hours after the NSW Police Force announced an investigation into the arrest of an Indigenous teenager.

The rally first moved down Macquarie Street from Hyde Park to NSW state parliament before gathering in Martin Place.

Gadigal speaker Tristan Field said to the crowd of protesters last night that it was time to take a stand.

“How many deaths in custody have we had and how many cops have stood up for us?”

“We need a huge upheaval right now, we need to stop black people dying in this country and around the world because it is just unjust,” said Field.

Throughout the protests crowds were directed by  NSW police who were in force and protecting protesters from Sydney’s light rail track on George Street while the transport service continued to run.

The protests remained peaceful, NSW police said no arrests were made during the rally.

More ‘Black Lives Matter’ protest are expected to take place during the week, with one scheduled occur this Saturday in Melbourne.

Photo: woman in black tank top holding white board with i am a love you print by Clay Banks is available HERE and used under a Creative Commons Attribution. The image has not been modified.