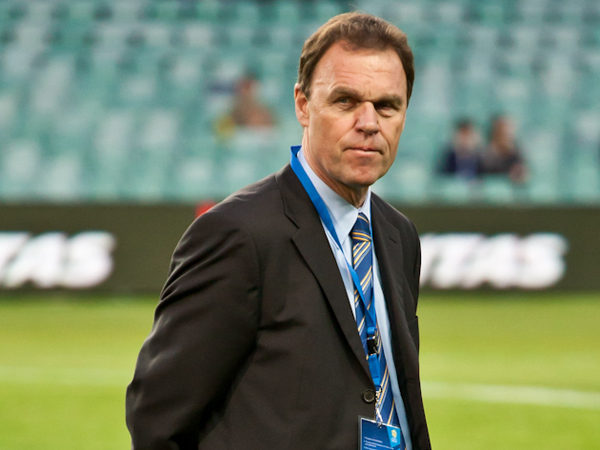 Last week’s disappointing draw with Oman left many people scratching their heads, wondering where everything went so horribly wrong for the Socceroos.

The pedestrian pace, lack of enthusiasm, and general poor play had some critics calling for Holger Osieck’s head and others questioning the players.

In Osieck’s eyes, it was the young players who didn’t live up to expectations.

“I had expected a lot more from some of the younger guys that I tried to promote and I showed some good faith in,” Osieck told Fox Sports after the game.

“So, you can see. It is different, when people want to see the youngsters, the rejuvenation, you can see what it does in reality.”

Osieck’s comments were very odd, considering only two of the starting 11 were under 25 years old. 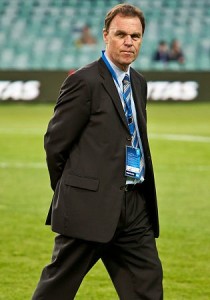 At a time when many of Australia’s best players are growing old and retiring, Osieck hasn’t taken the opportunity to blood younger players. According to Osieck, Robbie Kruse, James Holland, and Tommy Oar (all of whom played a part in the 2-2 draw) were the reason that Australia was so disappointing.

However, all Osieck has done here is shifted the blame. Ultimately, it is his fault.

Osieck should’ve given these players more time in friendly matches that had no impact on World Cup qualifiers. For instance, he gave Lucas Neill a starting berth in Australia’s previous friendly match against Romania, knowing full well that Neill wouldn’t be available to play against Oman.

Osieck’s decisions now have a huge effect on the future of the Socceroos should Australia qualify for the World Cup. Mark Schwarzer, Tim Cahill, Lucas Neill and their contemporaries of the so-called ‘Golden Generation’ have provided the backbone of the squad for the past few years, but their best form is the relic of a bygone era, rather than a prospect for the future. Age is certainly slowing them down.

If Australia makes it to Brazil, they’ll be relying on players, for the most part, haven’t played in big games. Now is the time that Osieck should be giving them a chance.

The good news for Osieck, is that he has a wealth of young players at his disposal should he choose to use them.

In recent years, the A-League has been a goldmine in terms of the quality of players that have been produced. Several players are now playing for some of the biggest clubs, in the best leagues in Europe.

Mustafa Amini and Mitchell Langerak both now play for Borussia Dortmund, one of the biggest football clubs in Germany. Langerak, who was a Melbourne Victory fan favourite, now regularly sits on the bench behind Dortmund’s number one goalkeeper Roman Weidenfeller, and even helped Borussia Dortmund win the German DFB Cup last year. Dortmund bought midfielder Amini from Central Coast Mariners, and since then he has been a member of the club’s reserve team.

Tom Rogic, formerly playing with the Mariners, is now at Scottish giants Celtic, regularly scoring goals for their youth team. In the Dutch Eredivisie, Michael Zullo, Adam Sarota, and Oar all play for FC Utrecht. All three played for Brisbane Roar.

Another young player that has astonishingly not been picked for Australia is Chris Herd. Herd never played in the A-League, but managed to get a contract with Aston Villa. He has been a vital part of the Aston Villa team that’s fighting for survival.

Melbourne Heart has produced a number of quality youngsters,which has come at its own detriment. Heart sold Aziz Behich, Eli Babalj, and Michael Marrone – three of their better players – at the start of the year. Behich went to Bursaspor in Turkey, whilst Marrone was sold to Shanghai Shenxin in China. Babalj was also sold – to Serbian Superliga outfit Red Star Belgrade – but due to a clause in his contract was able to return to the Heart and finish the season in Melbourne.

These are the players that Osieck needs to be nurturing. They’re the players Australia will be relying on in the next couple of years. If Osieck continues to ignore these up-and-comers – and picks the ageing players who are well past their use-by date – Australia will continue to fall further down the FIFA rankings.

With the final three games of the World Cup qualifiers being played in June, Osieck will have little time to make adjustments between games.

One small slip up could very well cost Australia a place in Brazil, and leave Osieck’s head on the chopping block.

Paddy Naughtin is a third year Bachelor of Journalism student at La Trobe University, and is a current member of upstart’s editorial team. Follow him on Twitter here: @PaddyNaughtin.